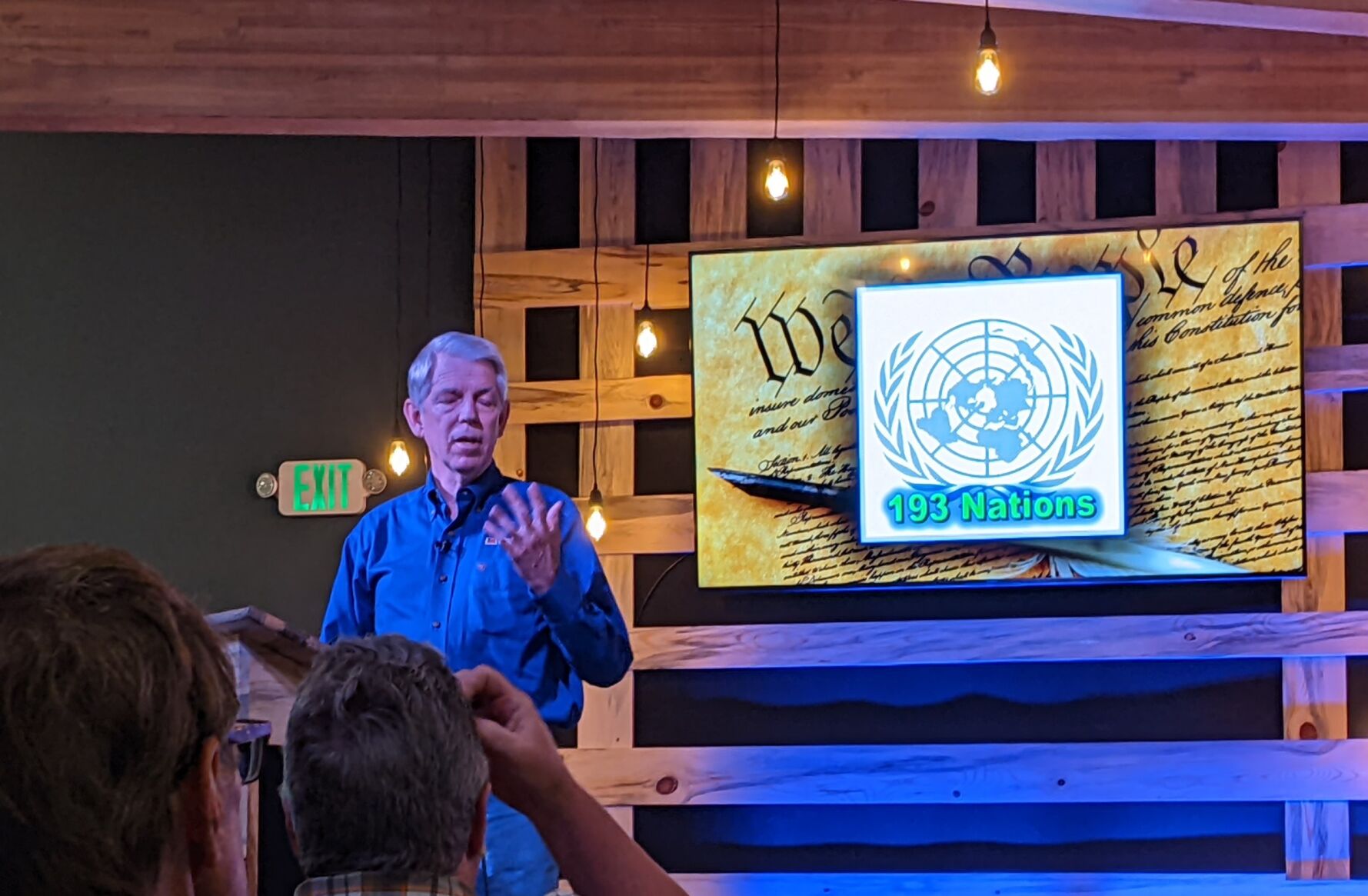 This story was originally published by Aspen Daily News on Jun. 14, 2022.

Barton is the founder and president of WallBuilders, a conservative activist group forwarding evangelical Christian agendas in politics. He has been accused of peddling revisionist historical points in his work that focuses on rejecting the separation of church and state, as highlighted by the Southern Poverty Law Center, which labels Barton as an extremist with an anti-LGBTQ ideology.

The event was put on by Transform Colorado and the Truth and Liberty Coalition, two faith-in-politics organizations. Faith Wins President Chad Connelly, who lauded Cornerstone Christian Pastor Jim Tarr following his run in with the Eagle County government for not complying with mask mandates, kicked off the lineup.

“Anybody the government comes after, that’s my kind of guy,” Connelly said.

Connelly immediately followed his praise with an anecdote about his trip to Auschwitz, comparing the Holocaust to the COVID-19 pandemic response.

“How do you kill 11 million people?” Connelly asked, referring to the book title by Andy Andrews, before directing his remarks back to Tarr. “You lie to them and you create fear. We’re not in the spirit of fear, but you need to be reminded of it. That’s why I want to tell that story, and I’m so stinkin’ proud of you.”

Barton spoke after, questioning the motives behind how history is taught in schools. He alleged that the founding fathers, battles of the Civil War and the Nazis altogether were left out of Advanced Placement U.S. History books in either 2014 or 2015, when he was on the standards committee for some states. In doing so, he compared the culture of Japan during World War II to that of the Islamic State.

“They had a culture that glorified death and dying,” Barton said. “They were the ISIS of that generation.”

Barton’s 2012 book, “The Jefferson Lies: Exposing the Myths You’ve Always Believed About Thomas Jefferson,” was voted the least credible history book in print by the independent History News Network. In the network’s release of the results, it included a quote from Grove City College professors Warren Throckmorton and Michael Coulter, who co-authored the book, “Getting Jefferson Right: Fact Checking Claims about Our Third President.”

“Barton misrepresents and distorts a host of Jefferson’s ideas and actions, particularly his views and practices regarding religion, slavery and church-state relations,” they said in a co-statement.

Barton served as vice chair for the Republican Party of Texas and was director of the Keep the Promise PAC, which supported Ted Cruz’s presidential campaign, in 2016. He has advised prolific Republicans like Mike Huckabee, Michele Bachmann and Newt Gingrich.

Cornerstone Christian most notably was the subject of litigation in its school following a refusal to follow public mask mandates last winter. The private K-12, led vocally by Tarr, took the opinion that masking was a parental decision, even as the school saw an outbreak of 15 total cases and the death of a regular volunteer, according to the Colorado Department of Public Health and Environment.

Eagle County sought a restraining order against the school in December, but saw the situation de-escalated as the county’s mask mandate expired in mid-January. The school’s outbreak ran from early November to Dec. 31, when it was marked as resolved.

In attendance was former Colorado Sen. Kevin Lundberg, who led the room in not only the Pledge of Allegiance but also the Star Spangled Banner — first and last verses. Garfield County Commissioner Tom Jankovsky was also among the roughly 100 people in attendance.

Rich Allen is a sports reporter for the Aspen Daily News.