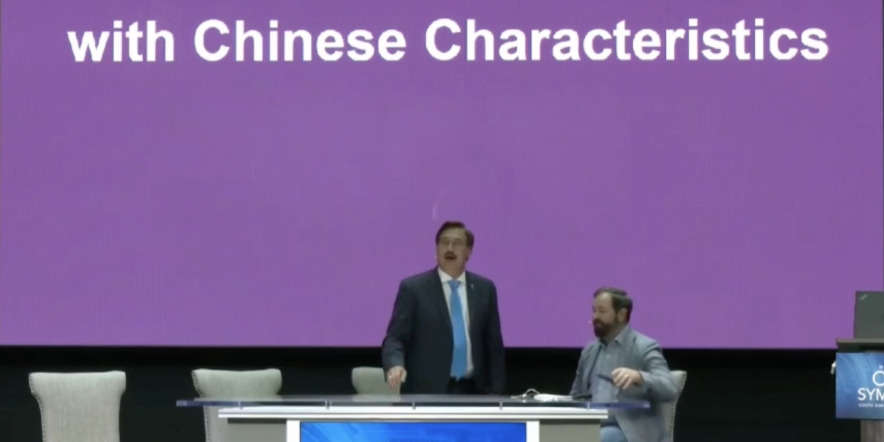 Defendants Joseph Oltmann, along with his entities FEC United and Shuffling Madness Media, ultra-conservative pundit Michelle Malkin, James “Jim” Hoft of The Gateway Pundit, podcaster Eric Metaxas, One American News Network (OAN) and Chanel Rion, Sidney Powell and her organization Defending the Republic, Trump lawyer Rudolph Giuliani, and the Trump Campaign sought to dismiss Coomer’s lawsuit, claiming SLAPP provisions. Defendants will be able to appeal Moses’s ruling, which noted, “This Court FINDS that Plaintiff will be able to present the following credible evidence to a jury which would be sufficient to meet the clear and convincing evidentiary standard in support of his claims of defamation, intentional infliction of emotional distress, civil conspiracy and request for injunctive relief.”

Moses said of Oltmann’s claims, “The entire story appears, on its face, to be manufactured around Coomer’s Facebook posts, and deliberately crafted in a way to make it impossible to be verified by anyone attempting to investigate the veracity of Oltmann’s outlandish claims of Coomer’s involvement in the Antifa conference call.”

The ruling goes on to note, “Oltmann et al.’s allegations of fraud were based on Oltmann’s speculation surrounding Coomer’s Facebook posts and his employment with Dominion, neither of which include any evidence of election fraud. The Facebook posts themselves are limited to Coomer’s personal and political beliefs, which do not support the allegations made regarding election fraud.”

Moses also critiqued Oltmann’s testimony during the depositions he sat for, after missing the originally scheduled deposition to attend MyPillow CEO Mike Lindell’s Cyber Symposium. Lindell is also a defendant in a separate Coomer defamation suit. “This Court found that his testimony was ‘evasive and not credible,’ and concluded that, for purposes of the Colorado Reporter’s Privilege, C.R.S. § 13-90-119, Oltmann’s ‘statements regarding that conference call are probably false.’”

Oltmann is currently the subject of a second, unrelated defamation lawsuit filed by journalist Sarah Ashton-Cirillo. Oltmann claimed on Conservative Daily that Ashton-Cirillo was responsible for the death of controversial journalist Gonzalo Lira, calling her an “accessory to murder.” Lira was detained by Ukranian authorities, but he was released, alive, shortly after Oltmann made his claims on Conservative Daily.