At Boebert Fundraiser at Mar-a-Lago, You Can Get Photo with Trump for $11,600 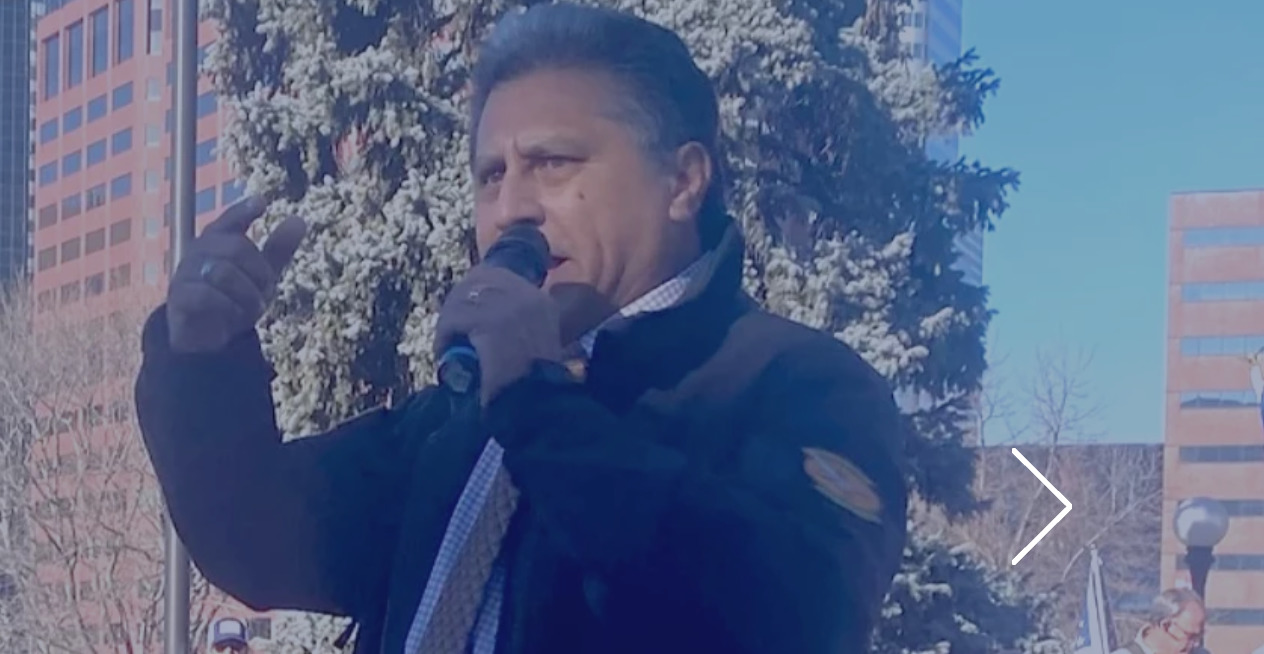 Republican gubernatorial candidate Greg Lopez appeared on Leland Conway’s radio show yesterday to discuss his interview with Kyle Clark of 9News. Lopez reiterated his position against abortion and Colorado’s Reproductive Health Equity Act (RHEA), which enshrines access to abortion under Colorado law, saying that victims of rape who become pregnant should “think of the long-term situation” instead of opting for abortion.

Both Lopez and his primary opponent, University of Colorado Regent Heidi Ganahl, have taken stances against abortion and RHEA. During a one-on-one interview with Lopez, Clark asked Lopez not just about his stance on abortion, but also about Lopez’s 1993 domestic violence arrest that involved his then-pregnant wife.

“I am extremely pro-life,” said Lopez, dismissing Clark’s question. “I truly believe in protecting the unborn and the most vulnerable. When he tries to connect something that happened over 28 years ago to what is happening today it is clear that he is reaching.”

Lopez went on to claim — inaccurately — that RHEA does not have the support of constituents. “One of the things that bothers me the most about this particular legislation is it clearly articulates that there will never be life in the womb of a female,” he said. “It basically just says there is never life in there. It doesn’t identify the baby in any stage of development, and so really concerning. When I look at something like that I ask myself, ‘Has Colorado lost its moral compass?’ Have we really, truly gone to a point where we all believe — or at least the legislature wants us to believe — that that is the best way to go. I would like to have more discussion on those types of things. As you know, they’re right now trying to pass a lot of bills with it. As governor I would rather have the voice of the people — the actual voice of the people — be brought to the forefront, not just a hundred individuals, and even then you have 100 legislators, but it went down party lines. You really have to evaluate, is this really what the people of Colorado really believe in?”

When asked about abortions in the case of rape or incest, Lopez said he would counsel victims to carry their rapist’s pregnancy to term.

“I would say that they really need to evaluate what it is that they’re contemplating, and look beyond the situation that occurred,” he said. “Look at it beyond the nine months, and really evaluate how this might change for the positive. You know, the family structure or the young lady — look, my sister got pregnant at 14. It wasn’t rape and it wasn’t incest, but she got pregnant. My family wanted — my dad and my brothers wanted — [her] to have an abortion. It was that machoism type of thing. When I spoke to my sister, my mom, they didn’t want to do it. I stood up for my sister, I said ‘We need to look at what she’s looking for.’ That grandaughter became the joy of the entire family. Too often times we look at the situation when it occurs, but we don’t look into the future. I strongly believe that every child is a gift, a gift from our Lord and Savior Jesus Christ. I would always advise them, ‘Think of the long term situation — after the pain, after the embarrassment, after all these things that you might feel are at the end of your rope or the end of the world, look beyond that and have a real solid discussion about the future.’”

Lopez also repeated the misinformation that abortion is harmful to women. “I’m told, and I don’t know because I’m not a female, I’m told that a lot of them do struggle, even after they get an abortion, so we need to look at all situations,” he said.

Victoria Dadet, the senior advocacy manager for New Era Colorado, a grassroots, nonpartisan organization that works to engage young people in politics, debunked that anti-abortion talking point during an interview with the Colorado Times Recorder last month. “We hear that messaging a lot around abortion being harmful for women,” she says. “That’s a myth. We know that the number one reported feeling after an abortion is relief. That feeling has been reported for years after receiving the abortion. There’s tons of research that shows that people who want access to abortion and are able to get it are better off than they were before. This whole idea that these anti-abortion counseling centers push out of abortion being harmful, it is definitely misinformation. It is also playing into this narrative that the anti-abortion movement in general has really crafted that abortion providers are preying on people.”

Lopez did make an exception for abortions that are medically necessary to save the life of the pregnant person. “That is a medical procedure that is looking to save a life, not take a life,” he said. “That’s totally different. When you’re looking at ‘What are we going to do,’ and that’s a decision of that family and that doctor about saving a life, and abortion is about taking a life. It’s a totally different situation.”

Ganahl has also voiced her opposition to RHEA and support for ballot initiatives limiting access to abortion. “I am a pro-life mom of four beautiful children,” she said during a candidate forum in Colorado Springs in March. “I testified on the bill this week. I am disgusted and heartbroken that we are going to have one of the most radical legislative pieces of abortion bills in the country. I even saw something pop up about abortion tourism. This is not what the people of Colorado want. As a mom, I know the other moms are not OK with this. I don’t think they understand what’s happening at the Capitol right now. I agree we should absolutely put this forward to the voters and shout from the rooftops, ‘This is not OK. We will not be the most extreme state in this United States of America. We will protect the unborn.’ It is not OK that this is happening right under our noses in Denver at the Capitol. I think it’s one of the top priorities. We’ve got to educate the people of Colorado on what’s going on, and we can do that right now, not after we’re elected governor, whoever it is.”

Signatures are currently being collected for Initiative 56, the sixth attempt at banning abortion in Colorado. The Republican primary election is June 28.