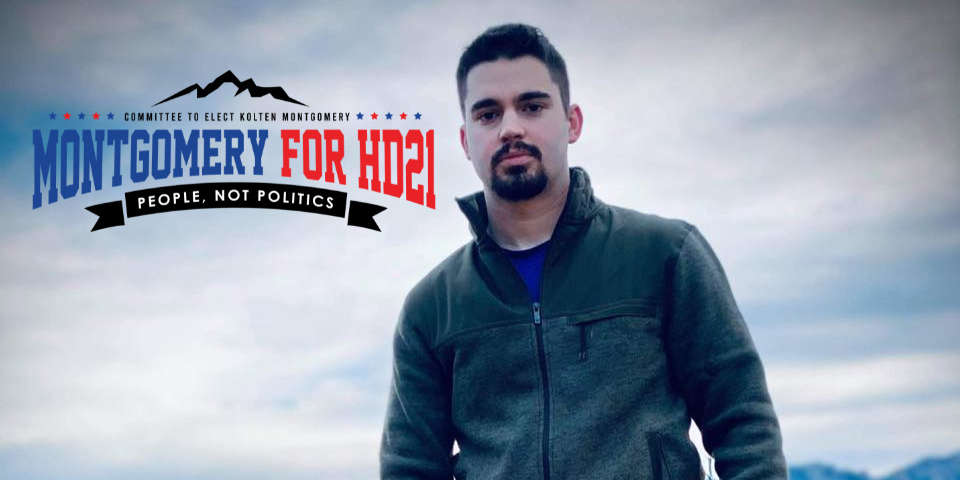 Members of the Fountain Valley Clean Water Coalition and Green Latinos Colorado gathered at the Peaks N Pines Brewery in Fountain to celebrate the passage of a bill that would ban the sale of products containing PFAS chemicals in Colorado.

The bill, sponsored by Rep. Mary Bradfield (R-Fountain), is the latest chapter in the water contamination saga in the Fountain Valley that has been ongoing since 2016. The PFAS issue is a major concern for voters in House District 21 where ex-Republican, now Democrat, Kolten Montgomery hopes to beat either political newcomer Karl Dent, or Bradfield, depending on the outcome of a new, court-ordered Republican assembly in the district.

“The only way to change what is happening to our drinking water is to ban these chemicals from the state of Colorado,” said the Fountain Valley Clean Water Coalition’s Liz Rosenbaum during her testimony before the House Energy and Environment Committee on April 14. “These levels will never go down, except downstream. The least we can do today, and tomorrow, is make sure these levels stop rising. I am not holding out hope for legal action to come through for me, and it certainly doesn’t matter for my friends, neighbors, or their family members who have already passed away. I am taking my life and the lives of others into my own hands and making sure these chemicals, and others are prevented from intentionally being put into our neighborhoods for the greed and wealth of rich chemical executives.”

Rosenbaum grabbed lawmakers’ attention when she poured her tap water, which she says contains a PFAS level of 172 ppt, into the chamber’s drinking water dispenser.

The bill passed Colorado’s House Energy and Environment Committee last Thursday with an 8-4 vote, and now moves to the House Finance Committee and then on to the Senate.

Rosenbaum has long been an advocate for the residents of Fountain, whose water was contaminated by the use of fire-fighting foam at the Colorado Springs Airport and Peterson Space Force Base. An exposure assessment conducted by the Centers for Disease Control in Fountain Valley in 2020 and 2021 measured the levels of three specific PFAS chemicals in 346 residents’ bodies: PFOS, PFHxS, and PFOA, and found levels higher than in the general U.S. population, as measured by National Health and Nutrition Examination Survey (NHANES).

Most people in the United States have been exposed to PFAS and have PFAS in their blood. The Colorado School of Public Health is currently recruiting participants from El Paso County for a health study to determine the health impacts of the PFAS contamination on residents.

Heightened levels of PFAS chemicals have been linked to health problems such as increased cholesterol levels, changes in liver enzymes, decreased vaccine response in children and increased risk of kidney or testicular cancer.

“That’s a public safety and public health issue that needs to be addressed immediately,” said Montgomery. “That is actively a public health crisis for the members of our community, and if you’re a representative of the district that is your number one priority.”

Montgomery is the Democratic candidate for House District 21 who hopes to either unseat Bradfield or defeat Dent, depending on the outcome of the newly ordered redo of the HD21 Republican Assembly where Bradfield narrowly failed to receive 30% of the delegate votes. A Denver District Court judge recently ruled that the vote of an ineligible delegate means the assembly must be redone by April 24, giving Bradfield another shot at the June primary ballot.

Montgomery says Donald Trump’s nomination for President in 2016 was what led him to leave the Republican party, and the confusion in HD21 is a sign he made the right choice. “As soon as Trump got the nomination there was this huge, mass exodus from the Republican party, and I was one of those people that just left,” he said. “I haven’t even cared to look into what they’re doing on a party level, just because it is so egregious and ridiculous and corrupt. I mean, just look at what’s happening with Karl Dent and Mary Bradfield down here in HD21. Their party has no idea what they’re doing. They’re eating their young. I don’t know how they’re managing to still win elections, to be completely honest, with the fact the radical right-wing of the party, which used to be a minority, is now vying for the majority spot.”

Bradfield beat Rosenbaum for the HD21 seat in 2020 with 53% of the vote. Montgomery is hoping a moderate Democrat with Republican bonafides can flip the district, which has been solidly Republican for nearly a decade.

“I really do feel, being a former Republican and coming from law enforcement and security, more or less working in corporate America, I really do feel all of this is culminating together to really speak to the voters here in my district,” said Montgomery, a former Pueblo County Deputy who worked in the Pueblo Jail. “If you look at the difference between who I am and what my campaign is representing, and Karl Dent or Mary Bradfield — obviously, on the ballot there is a D next to my name. I’m a Democrat, I was nominated by the Democratic Assembly and the Democratic party, but at the same time, I’m not running to be a Democratic representative. I’m running to be a representative of House District 21. That means that I am more than willing to talk to every Republican in this district, just like I’m willing to talk to every unaffiliated, independent, and Libertarian and Democratic voter in this district. Obviously what we need is less of this hyper-partisan bullshit, to be honest, and more of ‘Let’s sit down and have conversations and be willing to actually represent.’ We haven’t seen that from Mary Bradfield. I doubt we’ll see that from Karl Dent, if he’s not in prison by that time, so really, to me, it just comes down to sitting down with people and having tough conversations and being a candidate for everyone in this district, regardless of their political affiliation, regardless of their religion.”

Bradfield did not respond to an emailed request for comment.

Dent declined to comment on the HD21 Republican Assembly process, but an email from Dent’s campaign addressed the controversy over his criminal record. “A short while ago I invited the entire House District 21 leadership team to come to review the police body-worn camera video and the transcript of my underlying trial,” read the April 14 email. “They refused. The leadership of House District 21 does not want to know the truth about my case. I am now inviting all of the HD21 delegates to come to my office and look at the police body-worn camera video side by side with the transcript from the trial. You will see exactly why I was acquitted of 4 out of 5 charges against me. You will also see why my case will be overturned on appeal. I want you to put my unfortunate experience with the Colorado judicial system to work for you to protect your rights and your liberty. Send me to the State House of Representatives and I promise you that what happened to me will never again happen to you, your family, or any other citizen in the State of Colorado.”