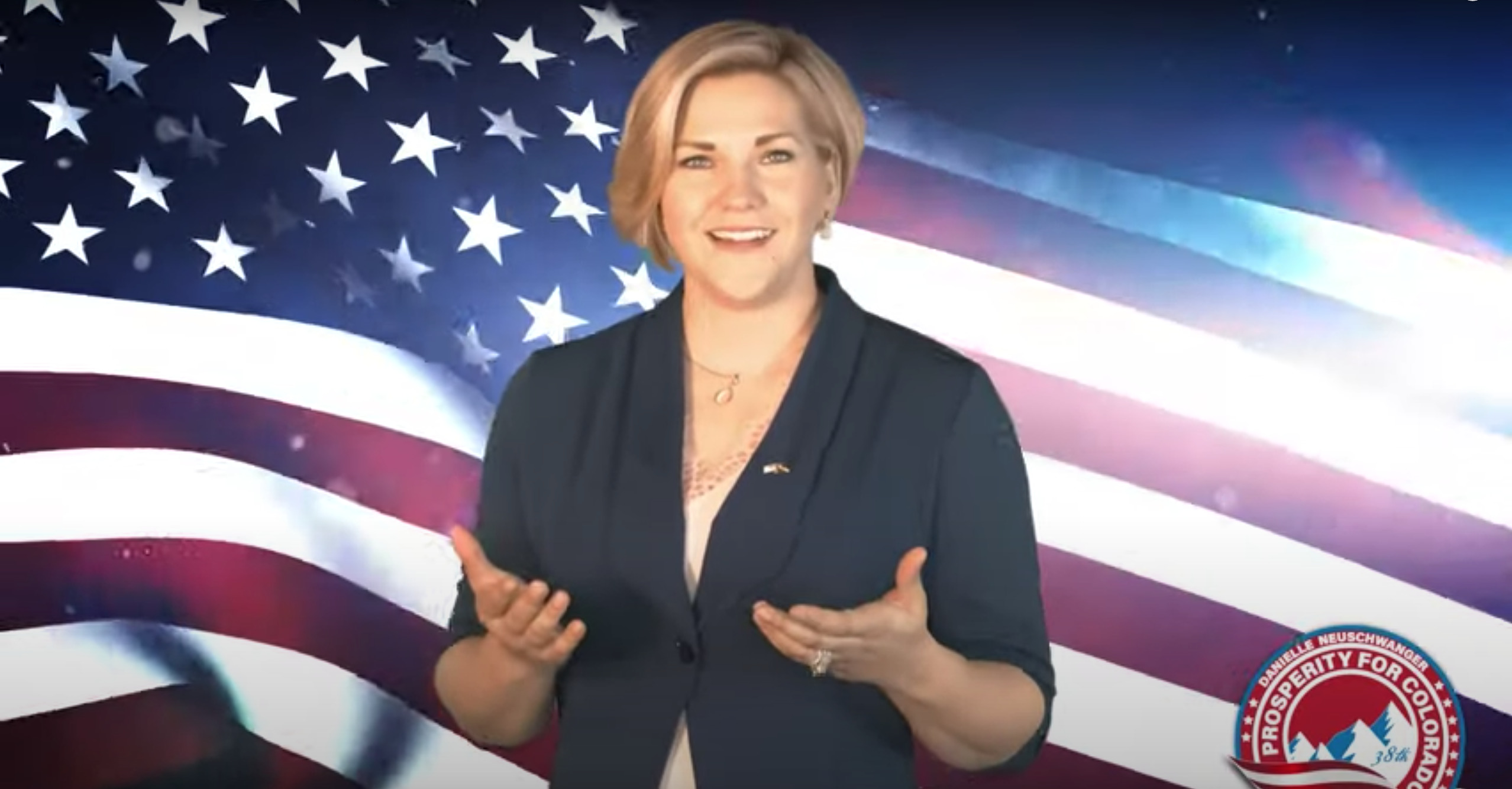 Former Colorado Republican gubernatorial hopeful Danielle Neuschwanger, who rode a wave of grassroots support to early straw poll victories, isn’t giving up her political hopes just yet. Yesterday during an interview on a conservative religious podcast, after claiming her former party rigged the assembly vote against her, Neuschwanger said she will be the Constitution Party’s nominee.

Reached for comment, Neuschwanger clarified her previous day’s comments, saying she’s only accepted an invitation to the American Constitution Party’s vacancy committee meeting and that the nomination process itself will take place this Saturday. Asked for more details about her political future, Neuschwanger declined to provide specifics, but promised that she’d have lots more to say at an event this Saturday in Parker.

Two weeks ago at the Republican Party state assembly in Colorado Springs, Neuschwanger came up just short of the required 30% threshold to make the primary ballot, tallying 27% of the delegates’ votes.

She now says she has proof that the party purchased the handheld clickers and associated software package “with the sole intent to rig the election.”

“On Saturday I will be coming out with a public announcement that I’m going to be the Constitutional nominee – I actually accepted the nomination yesterday – and announcing that I will be in the general election against both the Republican and Democratic challengers because it’s all about the people.”

Neuschwanger’s longshot candidacy was driven in large part by substantial grassroots support. She was the clear favorite at a Republican gubernatorial forum in Cañon City earlier this year, winning over half the vote. That victory came just weeks after she won another straw poll in Grand Junction.

Her statements in Mesa County included embracing and promoting the Big Lie conspiracy theory that the 2020 election was stolen from Donald Trump. She also made headlines late last year by making false claims that Gov. Jared Polis isn’t really gay.

The American Constitution Party of Colorado hasn’t had a nominee for governor since 2010, when former Congressman Tom Tancredo also switched parties and accepted the ACP’s nomination after a political newcomer Dan Maes won the Republican nomination.

The well-known Tancredo received over 36% of the vote, while the unknown Maes earned only 11%, barely reaching the ten percent of votes needed to prevent the GOP from being relegated to minor party status in the state. Democrat John Hickenlooper won in a landslide with 51% of the vote.

Reached for comment, American Constitution Party chair Doug Aden said that their “current nominee for Governor of Colorado is not Danielle,” but noted that “our candidate is having some financial issues and he’s already expressed concerns about continuing.”