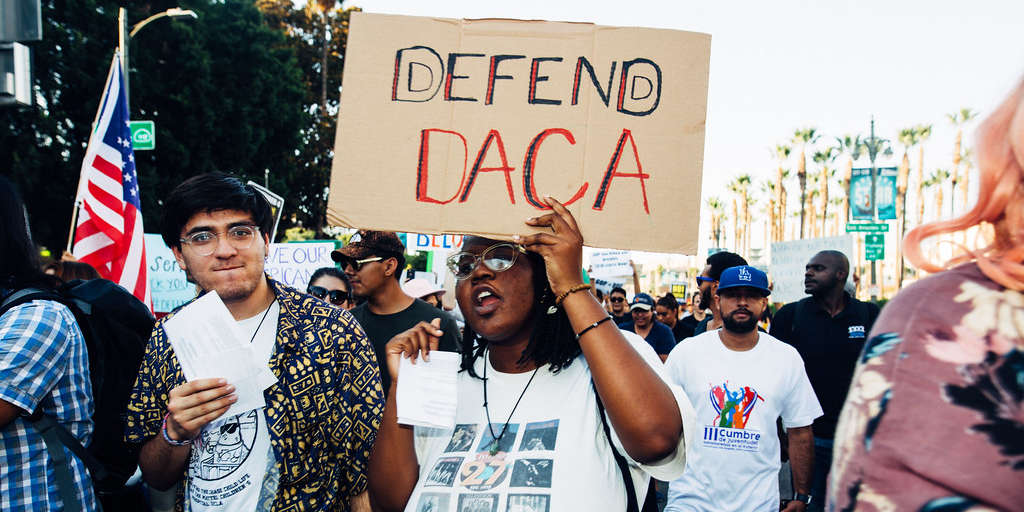 Imagine growing up, going to school, and working in one place your entire life, but facing the daily prospect that you will lose the career you’ve spent your life building and that your family will be forced apart.

For thousands of young immigrants in Colorado, that is the daily reality. Colorado’s 13,690 Deferred Action for Childhood Arrivals (DACA) recipients first came here as children and since then, our state has been their home. They have built their lives here. These young immigrants, often referred to as Dreamers, are part of our communities. They are our friends, our kid’s friends, coworkers and neighbors, Americans in every meaningful way except on paper.

Unfortunately, our broken and out-of-date immigration system left them at risk of being separated from their homes and loved ones. The DACA program has been under threat for years. In fact, the Trump administration spent years trying to end the program. While their efforts failed following several rulings from the U.S. Supreme Court. Despite the court’s finding, the program remains at risk because last summer, another judge in Texas tried to end the program. While this ruling has been appealed and the future of the DACA program remains uncertain, what’s clear is that DACA recipients are living in a state of risk and in need of legislative protection.

Our DACA team members are respected and key employees to our businesses and seeing them torn from our community would be devastating to our entire workforce! Not only would the loss of DACA recipients be a human tragedy, but it would also be a major economic loss for our state. DACA recipients are an important pillar of our economy. Each year, DACA recipients pay over $100 million in state and local taxes and build a spending power of $391 million. Their removal would cost Colorado over $800 million from our annual GDP.

On top of that, DACA recipients are incredibly driven, pursuing higher education and filling critical roles in our economy. Today, 10,000 undocumented students are currently pursuing higher education, with 90% being enrolled in undergraduate programs and 10% in graduate programs. Additionally, over 98% of the DACA-eligible population is employed across a variety of industries. In a time when workforce shortages continue to plague our state, we rely on hard workers of any background to fill key labor gaps.

More than dollar signs, DACA recipients are important and long-established members of our communities. Across the country, DACA has opened the opportunity for hundreds of thousands of young immigrants to follow in the footsteps of the immigrants who came before them and pursue their American dreams. They have worked to build better lives for themselves and their families and in the process, they’ve made us all stronger.  According to recent findings, the average DACA recipient has lived in the U.S. for over 20 years, and most of them have reached important life milestones while enrolled in the program including going to college, starting their careers, buying a car, getting married, and even starting families of their own. To think that in its nine years since implementation, this program has opened doors for so many individuals while benefiting everyone in our state is inspiring.

DACA has been incredibly beneficial, and it is essential that lawmakers work to protect its recipients. It’s time for Congress to pass legislation that provides permanent protections and offers a pathway to citizenship for Dreamers. I urge our elected representatives in Congress, specifically Senators Bennet and Hickenlooper, to stand with most Americans and finally pass long-overdue immigration reform that protects the future of our nation’s Dreamers. Whether it be through standalone legislation or as part of the larger budget reconciliation discussions, reform is a necessity, and we cannot waste any more time.

Dick Carleton has lived in Breckenridge for 40 years, raising his family and working in the restaurant industry. He has owned restaurants in the community for over 35 years. He is an active community member and has been serving on the Breckenridge Town Council since 2018.