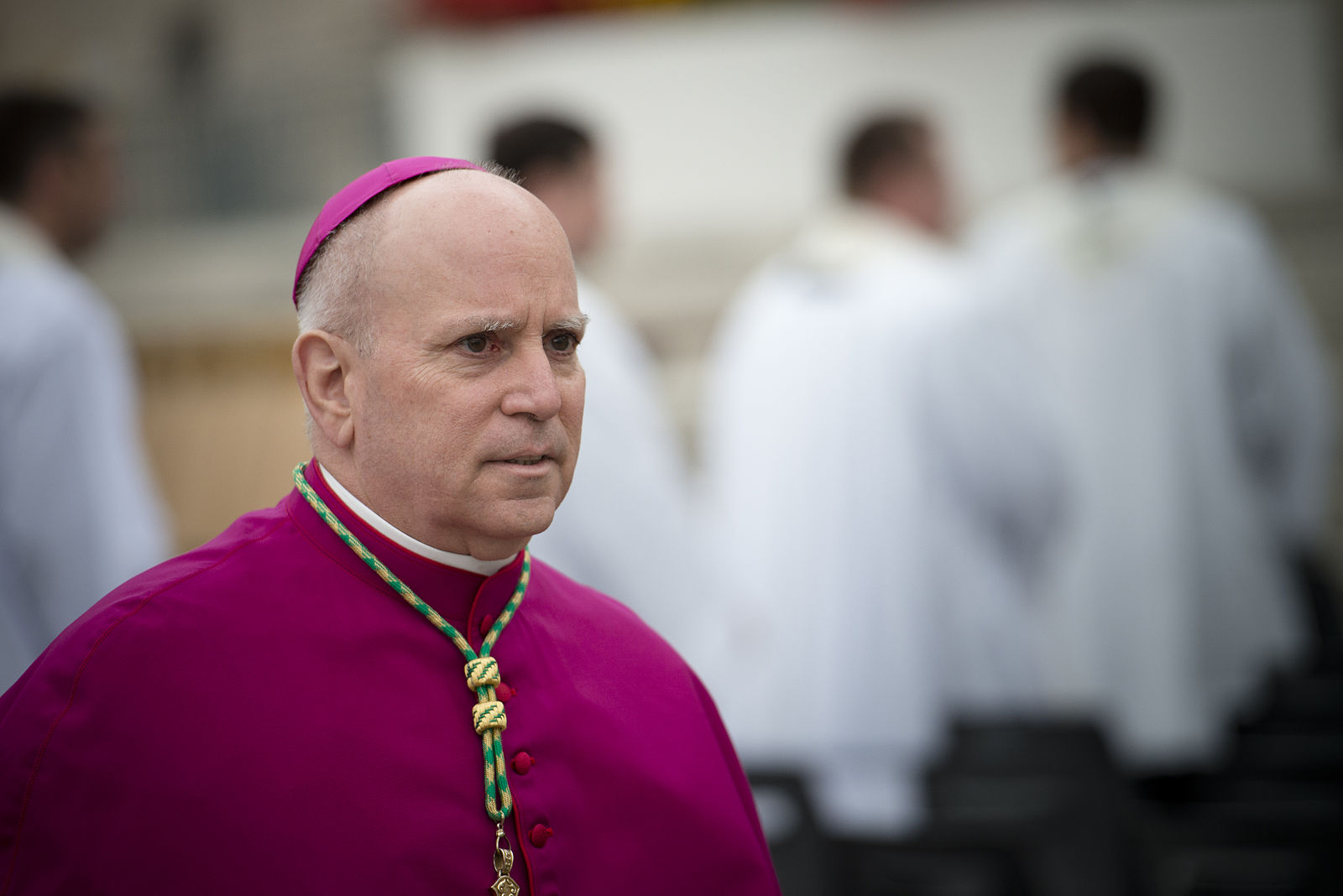 Denver’s Archbishop, Samuel J. Aquila, has entered the fray in an internecine battle which some fear could split the Catholic Church. Last week, Aquila joined 73 other bishops from around the globe in signing an open letter to the bishops of Germany regarding a series of reform-minded conferences in the German church known as the Synodal Path.

Triggered by revelations of priestly sexual abuse in the German Church, the Synodal Path–also translated as Synodal Way–is intended to bring together clergy and laypeople to address the exercise of power and authority within the church, and has waded into topics regarding sexual morality, priestly celibacy, and the role of women in the church. The assembly first met in 2019 and is scheduled to conclude in 2023, per Catholic News Agency.

Georg Bätzing, chairman of the German Bishops’ Conference, emphasized the importance of the process in healing the church from years of scandals and abuse, saying, “only in this way will we achieve new credibility and new trust in the public and among the faithful, which we have squandered.”

In February, the assembly signaled its support for amending church teachings on homosexuality and same-sex relationships. According to reporting from ABC after the synod’s February meeting, the group “approved at an assembly last week calls to allow blessings for same-sex couples, married priests and the ordination of women as deacons. It also called for church labor law to be revised so that gay employees don’t face the risk of being fired.”

It was this stance which elicited the response from Aquila and the others.

The letter, titled a “Fraternal Open Letter of Correction,” lists as its primary concern that the German bishops’ actions “undermine the credibility of Church authority…and the reliability of Scripture.” The bishops who signed the letter warn that the Synodal Path process “has implications for the Church worldwide,” and that “the potential for schism” in the church will “inevitably result.”

Dovetailing neatly with current culture war issues in American politics, the signatories of the letter accuse the German bishops of being influenced not by Scripture but by “contemporary political [and] gender ideologies.” The letter goes so far as to say that the reform-minded German bishops, “display more submission and obedience to the world and ideologies than to Jesus Christ as Lord and Savior.”

Aquila, Archbishop of a diocese which encompasses all of northern Colorado, is more than a signatory to the letter, though. He is also featured in the text. In the opening paragraphs of the letter, the bishops recommend that the German church leaders read a previous open letter published by Aquila in May 2021, which covered much of the same ground.

For church observers, it’s no surprise that Aquila is featured prominently in the recent letter. The socially conservative clergyman, no stranger to controversy, has waded into a number of culture war battles over the years. Aquila, who famously blamed LGBTQ people for priestly sexual abuse of children, is a staunch opponent of abortion rights for women and was a driving political force behind the anti-abortion ballot measure, Prop. 115, in 2020. Abortion is not the only issue on which Aquila is outspoken, though. In 2019, he opposed a sex-ed bill at the state legislature. In May 2021, he made headlines again when he argued in favor of denying Communion to President Joe Biden, a practicing Catholic. Later, in August of the same year, Aquila came out in strong opposition to vaccine mandates as the Delta variant of Covid-19 spread worldwide.

Now that high-ranking church officials–the German bishops, archbishops, and cardinals participating in the Synodal Path process–are attempting to bring some of these more open-minded, liberal social positions into the Catholic church, it is to be expected that Aquila will remain on the front line of the internecine dispute.

Asked about the Denver Archbishop’s role in drafting the text of the letter which has sent waves through the global church, Aquila’s office declined to comment.

As for the German bishops engaged in the synodal process, they do not seem to make much of Aquila’s broadside. “I can reassure you with an open heart: these fears with regard to the synodal path of the Catholic Church in Germany are not correct,” Bätzing wrote in a reply on Saturday, adding that the Synodal Path, “in no way undermines the authority of the Church.”

With the synodal process not scheduled to conclude until 2023, it’s likely that the ongoing saga will continue to pit traditionalist elements of the Catholic church against a more reform-minded generation of clergy who are seeking to rehabilitate the church and its work after decades of scandal. It is this conflict–between the old and the new, as much as between the old and the young–which has prompted concerns of schism.

If indeed the Catholic church did schism, or split, it would be the first such event since the Western Schism of 1378 gave rise to the Avignon Papacy 643 years ago. At the time of that schism, the Catholic church was the dominant political force in western Europe, and the seven decades of chaos caused by the split helped to decide the future of the continent.

Governments no longer rise and fall by the power of the Papacy, though, and the new cries of schism are more about deciding the future of the church than the future of Europe. Catholic church membership has declined precipitously in the past two decades, with a 2021 Gallup survey showing a nearly 20% slide since the year 2000 with little sign of stopping.

Last month, Bätzing criticized “certain elements” within the church for being “ill-suited for a multicultural world in a culturally diverse era.” The warning is one Aquila might do well to heed as he presides over an increasingly diverse congregation, with research showing that Hispanic churchgoers account for 55% of the Archdiocese’s membership–and 70% of its membership under the age of 30.

The German bishops engaged in the Synodal Path believe the church must adapt and present a vision for the future if it’s going to reclaim its relevance.

On the other side of the conflict to determine the future of the church, however, Aquila and his co-signatories have a vision for the future which looks strikingly like the past.

As for which faction will chart the course for the globe’s 1.2 billion Catholics, or preside over an historical schism , only time will tell.