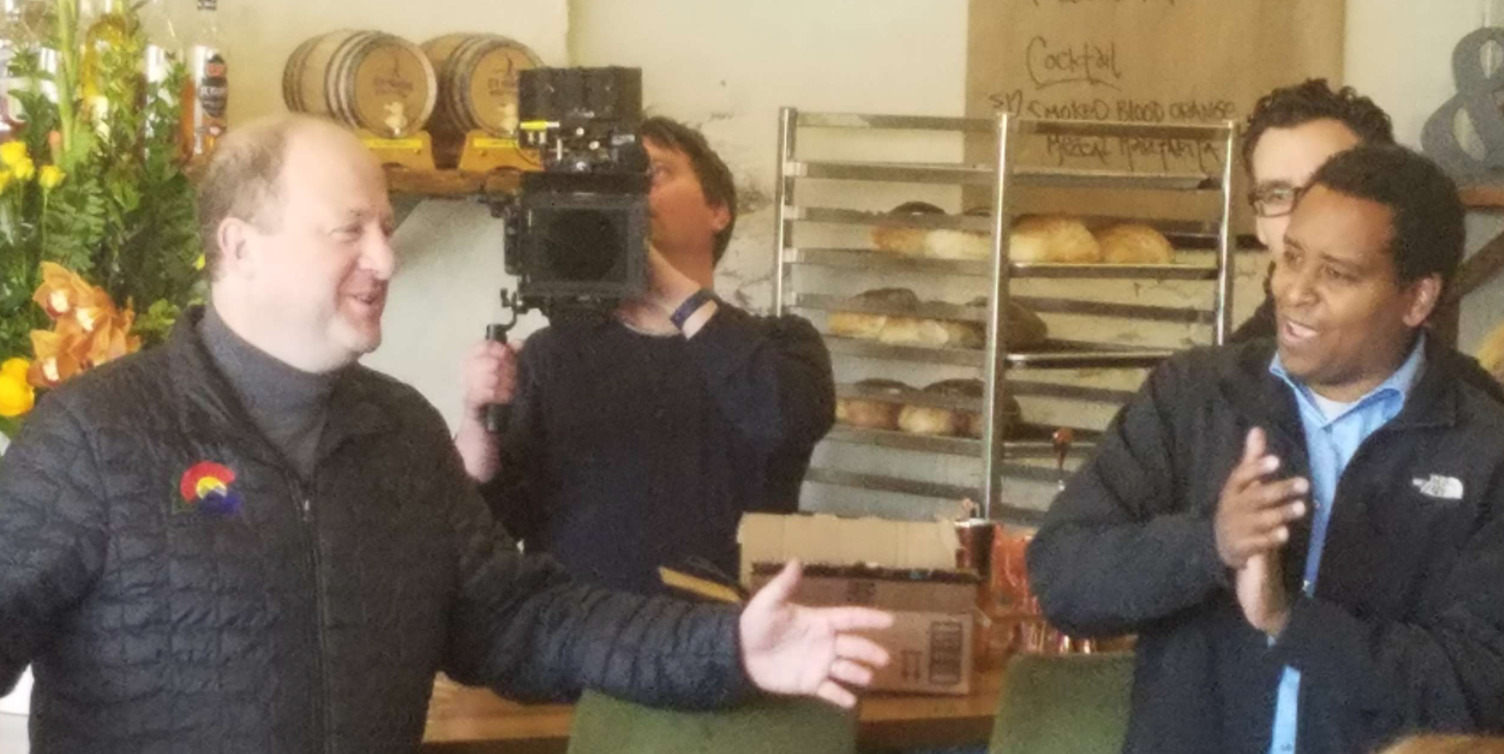 Colorado’s two Democratic senators and the congressman whose district would arguably be most impacted are backing towns and counties suing to stop a massive Utah oil project.

The proposed billion-dollar-plus, 85-mile Uinta Basin Railway project, which in December was approved by a federal regulatory board, could begin construction next year.

It would connect the oil fields of seven counties in northeastern Utah to the main rail line in Price Canyon and then send up to 350,000 barrels of waxy crude (too thick for a pipeline) a day through Colorado in heated oil tank railcars.

Eagle County, home to an active section of Union Pacific tracks along the Colorado River, is taking the lead on a lawsuit in federal district court to overturn the U.S. Surface Transportation Board’s (STB) approval of the project.

Its suit has been consolidated with a similar challenge from the Center for Biological Diversity, the Sierra Club, and several other environmental groups. And more than 40 Colorado cities, 10 counties and 20 water districts also oppose the Utah project, which is backed by all of Utah’s GOP congressional delegation.

Their primary complaint is that the STB failed to “adequately evaluate the downline environmental impacts of the project to communities like Eagle County, particularly regarding such things as wildfire risks in light of hotter and drying climate trends,” Eagle County Attorney Bryan Treu wrote in an email.

At a campaign kickoff event for Gov. Jared Polis in Eagle County last month, Polis deferred to U.S. Rep. Joe Neguse on the topic and said he was not familiar with the fight to revive a dormant rail line in the county, which runs over Tennessee Pass.

Neguse, a Lafayette Democrat whose district includes part of Eagle County, then deferred to the locals. Neguse replaced Polis as the representative for Colorado’s 2nd Congressional District and was on hand for the Polis campaign event in Edwards.

Environmental groups challenging the Uinta Basin Railway say increased oil train traffic on the Moffat line, which runs along the Colorado River, through the Moffat Tunnel at Winter Park in then down into Denver, could accelerate demand for reviving the dormant Tennessee Pass Line along the Arkansas River.

“I share the concerns that have been articulated by our local elected officials, and for me, leading locally means listening to the stakeholders here at home,” Neguse told the Colorado Times Recorder last month. “I’m going to be taking my lead from the county commissioners and other folks here in Eagle County that have expressed their reservations.”

Asked about the climate and transportation benefits of getting freight and passenger vehicles off Colorado’s overburdened mountain roads and onto its rail network, Neguse said the type of freight makes all the difference.

“I’m a proponent of rail more broadly,” Neguse said. “We’re working to secure federal dollars through the bipartisan infrastructure law for the expansion of rail across Colorado, but … the fact that this particular project is designed to ultimately transport crude oil to a foreign country makes that a far less appealing measure.”

Neguse made his remarks before Russia’s invasion of Ukraine and the Biden administration’s announcement on Tuesday that it is banning Russian fossil-fuel imports, which account for a small percentage of the U.S. total.

Domestic oil and gas companies, in Colorado and elsewhere, aren’t yet looking to ramp up production, instead buying back stocks, reaping big profits and sitting on thousands of undeveloped leases on public lands, as Biden pointed out Tuesday during his announcement of the Russian import ban.

U.S. Sen. John Hickenlooper, a former Colorado governor and Denver mayor who has been a staunch passenger-rail advocate, said via a spokeswoman that he has the same issues with moving oil along the headwaters of the state’s namesake river.

“Several communities, including Glenwood Springs and Eagle County, have raised objections about shipping crude oil along the Colorado River,” Hickenlooper said. “We share their concerns.”

A former oil and gas geologist and then brewer in downtown Denver, Hickenlooper decades ago was instrumental in keeping rail traffic rolling in and out of Denver’s Union Station.

The Uinta Basin Railway tanker cars would travel along the Colorado River, through the leaky Moffat Tunnel, which is owned by the state and leased by Union Pacific, and into the greater Denver metropolitan area.

U.S. Sen. Michael Bennet, also a Democrat, previously said his concerns were aligned with communities along the Arkansas River worried about oil trains running on the long-dormant Tennessee Pass rail line, which connects to the Moffat Line at Dotsero in western Eagle County.

“Our office continues to closely monitor this issue and shares the environmental concerns of local officials on the ground,” a Bennet spokesperson said in an email statement.

Both Hickenlooper and Bennet made their comments prior to Russia’s invasion of Ukraine and the Russian oil ban. Both are sponsoring legislative efforts to halt the flow of Russian oil, which only accounts for about 3% of U.S. crude imports.

Eagle County cites climate change and the “failure of the STB to consider indirect environmental impacts, particularly increased oil production” as part of its legal argument. It also cites the need to “address the possibility of transporting crude oil via the Tennessee Pass Line in light of recent proceedings to reactivate that line.” The STB in its decision called that “speculation.”

Asked about Eagle County’s opposition to the Uinta Basin Railway, which would be built and run by Texas-based Rio Grande Pacific Corporation, RGPC Community Liaison for Tennessee Pass Sara Thompson Cassidy said their interest in that line is primarily for passenger and light freight, not oil.

“The company’s most recent filing with the STB for Tennessee Pass limited operations to commuter/passenger rail and general commodities, excluding hazmat,” Cassidy said. She did not comment on the lawsuit as it relates to the Moffat Tunnel Line.