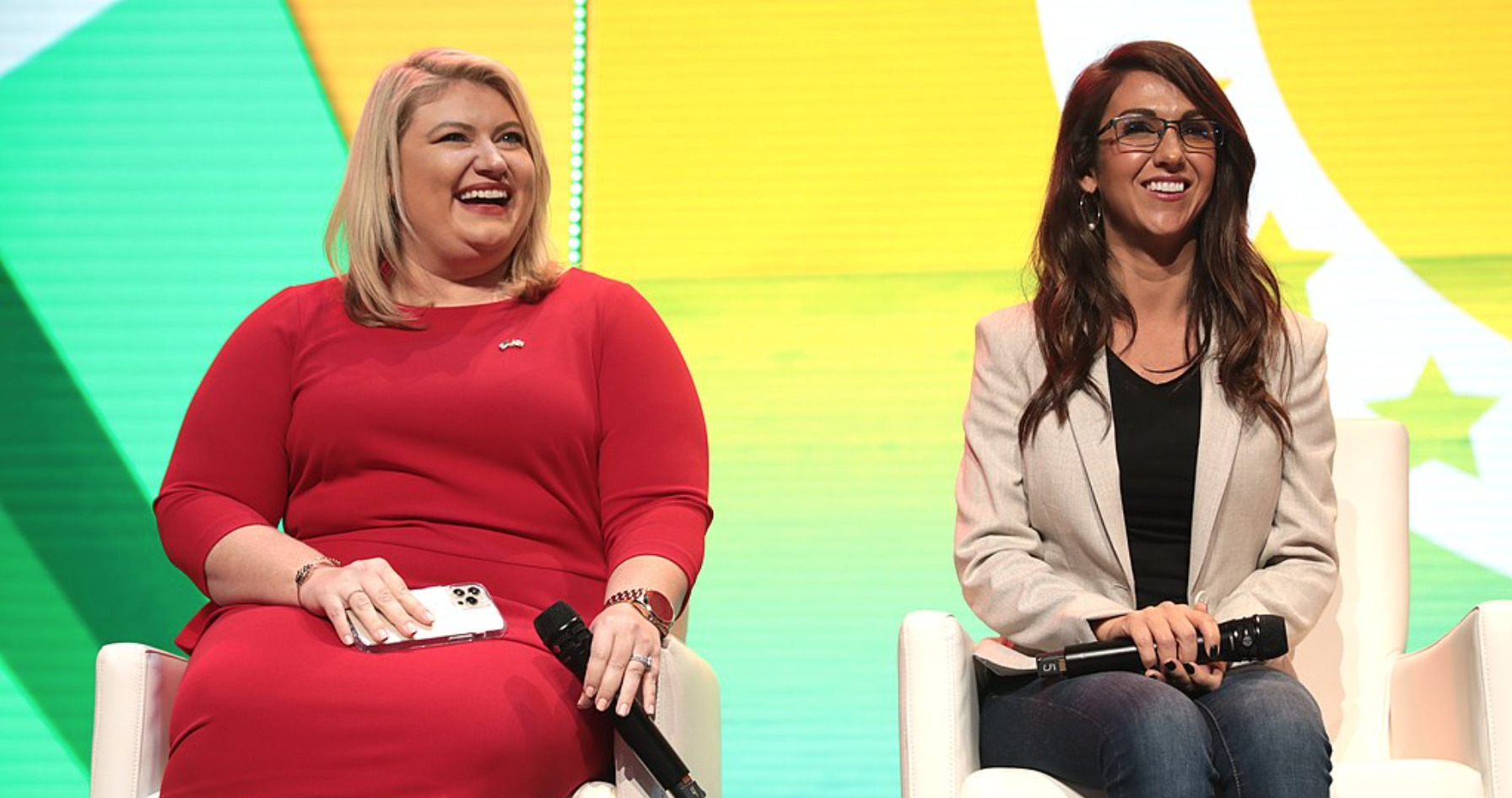 Republican Congresswomen Kat Cammack and Lauren Boebert are good friends who try to “do date night” when they are in Washington, DC, where they both enjoy giving the Democrats “some heartburn together,” says Cammack.

“Lauren and I are good friends,” Cammack told KHNC’s Jay Dee this month. “It’s kind of funny. We joke often. Her and I talk about when we’re up there, we try to do date night where her and I get together and have dinner. And our offices are right across from each other. So we have a good time in giving the Democrats some heartburn together. She’s great.”

Cammack, a Florida Republican, is a notorious election conspiracist, having voted against certifying the 2020 presidential election results.

The Jan. 6 insurrection strengthened her belief that the election was stolen.

“Especially after tonight’s unacceptable breach of the people’s house,” said Cammack a day after the riot at the U.S. Capitol. “I am furthermore resolved in the fact that we as representatives of the people must take a stand for every American’s right to a free and fair election, as guaranteed by the Constitution.

In her KHNC interview, Cammack baselessly blamed the Russian invasion on the Biden family dealings in Ukraine and Russia, alleging that Biden is ‘hiding something.’

During the KHNC radio interview, Cammack told the radio host Dee that he was “100% right” after Dee told Cammack: “I‘ll tell you something, too, Kat. Here’s the thing that really burns me up with this Biden cartel crime family. You know, and you don’t have to answer this if you can’t. But I know that Joe Biden, Hunter Biden, and the Biden family, and their dealings in the Ukraine and Russia, and all those crimes that they’ve committed, that has a lot to do with why we don’t have an ambassador in the Ukraine and why Russia has the cajones to go ahead and invade Ukraine. It’s directly related to things that the Biden family has done.”

Cammack responded with, “You’re 100% right. … The fact that this administration was so careless in their approach to not just the domestic policies here that have left us more vulnerable than ever. But the fact that they had the intelligence going all the way back to February of last year, and they neglected to put forward the very first step of appointing a diplomatic corps, starting with the ambassador of them being in a country, that is a sign of failure and a sign of, I think, they’re hiding something. There is going to be investigation after investigation in the new Congress after Republicans take the House back.”

Boebert, a Colorado Republican, could not be reached for comment.