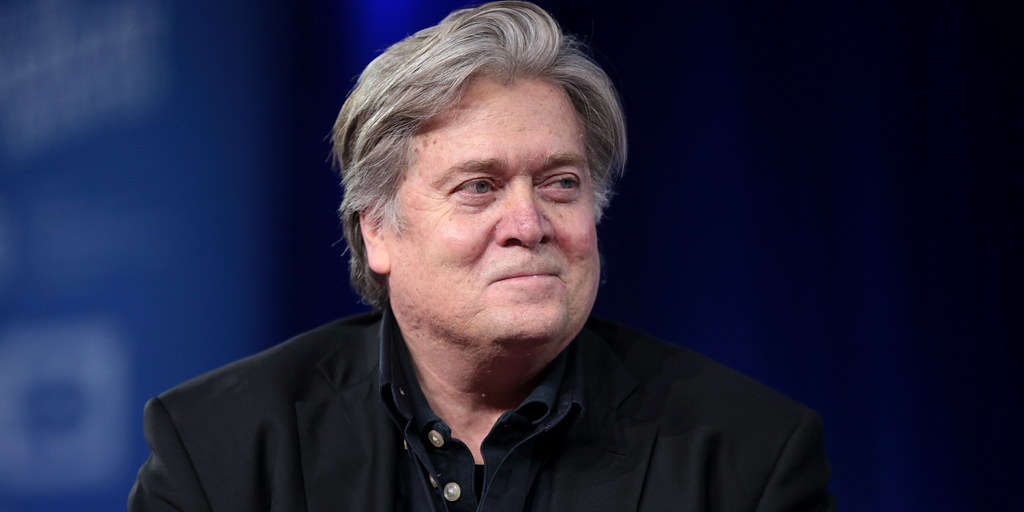 Bannon’s comment, which was first tweeted by Washington Post reporter Emma Brown, came shortly after a grand jury indicted Peters, along with Deputy Clerk Belinda Knisley, on multiple felony and misdemeanor charges. The bail for each woman was set at $500,000.

On his podcast that day, Bannon was joined by MyPillow CEO Mike Lindell, as well as Sherronna Bishop, the former campaign manager for U.S. Rep. Lauren Boebert (R-CO).

“To sit in the state of Colorado, the people that did this, your names will live in shame forever, and we’re gonna make sure they do,” Bannon said. “A gold star mother has to spend a night in jail because of her service as a public servant, an election that we’re gonna prove is stolen, the concept that you would put a gold star mother in jail overnight – you guys have no earthly idea, it’s revolting.”

He continued, “Tina Peters is now a national crusade. We have no honor if we’re prepared to have a gold star mother sit in a cold jail in Mesa County, Colorado.”

Bannon went on to comment on the statement released by Colorado GOP leadership following the arrest, which called on Peters to suspend her campaign for Secretary of State. He called for state GOP Chairwoman Kristi Burton Brown to be removed from her position.

“We’re gonna get her [Burton Brown] thrown out,” Bannon said. “We’ll call something and get people to show up and throw her out. It’s ridiculous.”

While the indictment does not prevent Peters from running for Secretary of State, a conviction would likely prevent her from serving.