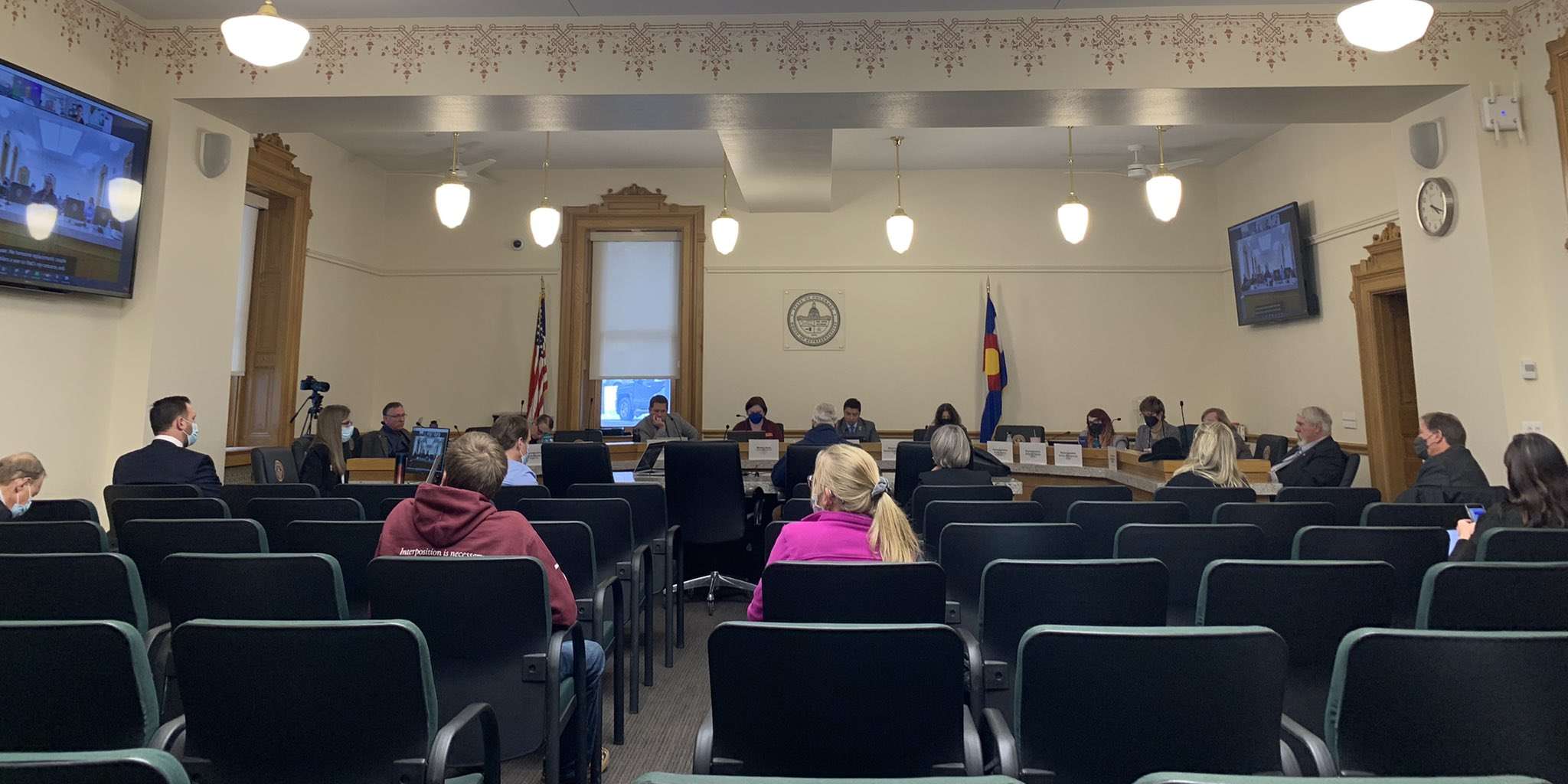 The measures included: Rep. Stephanie Luck’s (R-Pueblo) bill to collect and report data on abortion in Colorado, Rep. Patrick Neville’s (R-Castle Rock) abortion ban, and Rep. Dave Williams’ (R-Colorado Springs) personhood bill, which would have allowed for the impeachment of any Colorado judge who refused to charge women or doctors with homicide for providing abortion-related medical care.

The committee meeting, which ended just before 2 a.m. Thursday, featured hours of testimony from abortion opponents representing anti-abortion groups such as Democrats for Life, Students for Life, Pikes Peak Citizens for Life, Americans United for Life, Focus on the Family, Colorado Christian University’s Centennial Institute, the Colorado Catholic Conference, End Abortion Now and Colorado Right to Life, among others.

Speakers compared abortion to the Holocaust, and to slavery, while quoting misinformation about Margaret Sanger and Black abortion rates. They spoke in support of forcing women to continue pregnancies conceived through rape to term, and one woman was chastised by Lontine for attempting to show the committee a blown-up image of her lost 21-week old fetus.

“Tonight was truly disgusting,” said Mullica, who took particular exception at speakers who suggested women not have access to abortion after being raped. “I’m disgusted at the thought of that.”

Luck introduced her bill, which would require medical providers to ask patients a series of questions about their motivations for seeking an abortion, as “a boring bill,” saying it allowed for more efficient collection of data on abortion in Colorado.

Opponents noted that the state already collects data on abortions and raised concerns about the potential use of the information from patients.

Dr. Rebecca Cohen, an abortion provider who testified remotely in opposition of Luck’s bill, said the data collection undermines patients’ rights and threatens their safety, while Dr. Nancy Fang, an OBGYN, noted the data collected posed a potential danger to patients, especially from states like Texas, which allows people to sue individuals suspected of involvement in abortion for up to $10,000 plus legal fees.

Neville introduced his bill, which would have made abortion a Class 1 felony by asking, “What if that little life is a person?”

Ortiz was quick to invoke the separation of church and state and to question witnesses testifying in support of Neville’s bill on constitutionality in light of the Supreme Court’s 1973 Roe v. Wade decision.

“I appreciate your sentiment, Representative, I know I’ve asked you before, but if we do see Roe and [Planned Parenthood v. Casey] overturned, through the [Dobbs v. Jackson Women’s Health Organization] decision, then we’re not going to be able to make the argument based upon Roe precedent anymore,” said Brittany Vessely, the executive director of the Colorado Catholic Conference. “We’re going to also have to look at what did the founders actually mean?”

While questioning opponents of Neville’s bill, Luck claimed, inaccurately, that more African Americans die from abortion than any other cause.

Williams, who is currently challenging U.S. Rep. Doug Lamborn (R-CO) for his CD5 seat, introduced his bill with numerous references to the Bible and the declaration, saying “Abortion is objectively and morally wrong.”

“We must abolish child sacrifice,” said Susan Sutherland of Colorado Right to Life, whose members also told the committee that they vow to hold elected officials accountable for their positions on the issue of abortion.

Despite the fervent testimony from the pro-life contingent, all three bills were killed.

“Coloradans overwhelmingly agree abortion should be safe and legal,” said Najar in her final testimony of the evening.

Before voting on Williams’ bill, Ortiz commented on the, at times, acrimonious testimony.

“To impugn each other’s motive in the breadth that we’ve seen tonight — it’s a rot,” said Ortiz.

In his closing comments, Neville compared himself, taking what he viewed as a principled stance against abortion, to former Colorado Gov. Ralph Carr, and his opposition to Japanese internment camps in Colorado during World War II. While Carr opposed internment camps, he was also firmly in the pocket of the Colorado mafia, pardoning Denver boss Clyde Smaldone in 1942 and attending the wedding of the daughter of Pueblo boss Charley Blanda in 1948.

“With the Supreme Court likely to strike down Roe v. Wade, it’s more important than ever that we defeat these extreme Republican bills that would ban abortion in Colorado,” said Lontine in a news release. “Coloradans have said time and time again that we trust women to make their own decisions and we don’t want to imprison doctors or ban abortion. We won’t let Republican politicians take us back to a time when women died while trying to seek the care they need.”