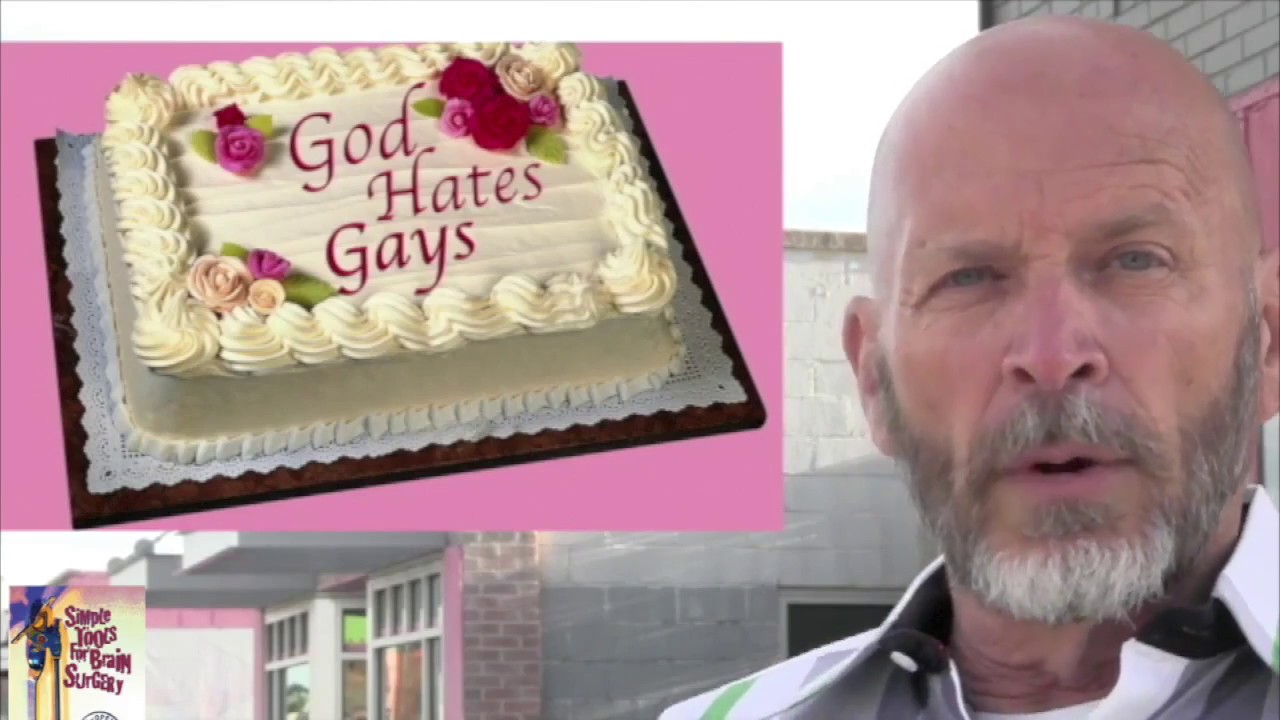 Bill Jack, a Christian educator from Castle Rock, has announced his candidacy for the Colorado General Assembly, having been recruited by the current incumbent of his prospective seat.

“I was approached by Patrick Neville, [former Republican House leader] who is the current representative, but he is term-limited,” Jack told radio host Kim Monson during his Wednesday appearance on KLZ, 560 a.m.. “And he was looking for someone who held similar views and principles, and he approached me. I teach a civics class in the Worldview Academy’s Bridge Year program. That’s a program for students who are just out of high school, who want to get grounded in their faith before they hit college or their career path. And I could not say ‘no’ and walk back into my class and encourage my students to become involved in the political process. I would be a hypocrite. So that’s one of the reasons I did it.”

Jack is known more widely from his time as an agent provocateur in 2014, when he requested homophobic cakes from local bakeries in response to a Colorado Civil Rights Division ruling in favor of a same-sex couple who were denied a wedding cake by Masterpiece Cakeshop in Lakewood and its proprietor, Jack Phillips.

Jack told Monson that the Phillips case was a question of “disagreement” rather than “discrimination.”

When the three bakeries refused Jack’s request, he filed discrimination complaints with the Civil Rights Commission. Those cases ultimately influenced the Supreme Court decision in In its Masterpiece Cakeshop v. Colorado Civil Rights Commission decision, when a conservative legal advocacy group, Alliance Defending Freedom, highlighted the commission’s rulings against Jack to support their claims in the Masterpiece Cakeshop case.

Jack is a co-founder and educator at Worldview Academy, which aims to “bring the hope of the Gospel to an increasingly post-Christian culture,” by developing “leaders with a deep-rooted and profoundly biblical faith.”

He has appeared as a guest on Colorado radio programs discussing his activism and co-hosted a program with Kevin Swanson, who has advocated for the death penalty for homosexuals.

In one conversation from 2017, Swanson referred to Washington state schools with programming to address gender identity issues as “whorehouses,” to which Jack responded, “We need to burn ’em down.”

In his interview with Monson, Jack described his advocacy in less violent terms.

“I have legally forced school districts around the state to recognize Christian students’ free speech and press,” Jack said. “I have filed a claim of discrimination against several bakeries who refused to decorate cakes with Bible verses in order to expose the tyrrany of the Colorado Civil Rights Commission. The results of that: my actions were the basis for the Supreme Court ruling in favor of Jack Phillips in his first case. I have assisted parents in reclaiming their jurisdiction over education. … That’s why I’m in this. I am a candidate for liberty. If we don’t have liberty for all under God’s law, then we will end up with liberty for none. That’s why I’m in this race. I want to work with my constituents to bind down the state’s jurisdiction with the change of the Constitution.”

Jack also elaborated on his position in the mask mandate controversy revealed by the COVID-19 pandemic and framed jurisdictional authority of government as a central axis in his candidacy.

Jack said, “I was in Texas helping my son move back in April, and I went into one of the big grocery store chains. And as I walked in, I heard a voice behind me saying, ‘Sir! Sir!’  And it was [that] they wanted me to mask up. I went through the entire store. I was not masked, but I couldn’t find a single other person who was unmasked, despite the fact that the governor of the state had lifted the mandate the month before. … I realized that from the largest corporation to the smallest mom-and-pop store, business owners are in fear from the government because the government is forcing them to impose unlegislated mandates. We need people to stand up for their right of conscience, and we don’t need businesses to be the enforcers of unlegislated mandates.”

“Back in 1964 … there was a group of people — blacks — who could not travel, who could not get lodging, who could not get food, especially in the south. And so the Civil Rights Act was proposed. Who should have stepped in and solved that problem? It should have been the churches at the time,” Jack explained. “The churches should have stood up in the pulpits and said — pastors should have said, ‘Business owners, you are doing something immoral and unbiblical. Straighten up, or we, the church, will discipline you as the church can.’ Instead, the church backed away and sometimes was complicit and left a vacuum, a void. Just as nature abhors a vacuum, so does jurisdiction. And so what happened is, the state stepped in and took over the jurisdiction. Right solution, wrong jurisdiction. … What is the result of that from 1964? 50 years later, it’s Jack Phillips. … Law has been twisted and used against business owners unjustly.”

Jack finished his interview by outlining his view of governmental jurisdiction.

“We need to return the state to its proper jurisdiction,” Jack said, “keep it in its lane. It has no business in education. Does the state have an interest in having an educated citizenry? Absolutely. Should the state be in charge of education? Absolutely not. That is the jurisdiction of the parents. Should the state be involved in business, other than making sure there are standard weights and measures? And the answer is absolutely not, because we need to have a right of conscience. … That’s why I’m a candidate for House District 45, because I believe in liberty and I believe in proper jurisdiction.”

Listen to Wednesday’s KLZ’s interview with Bill Jack below: