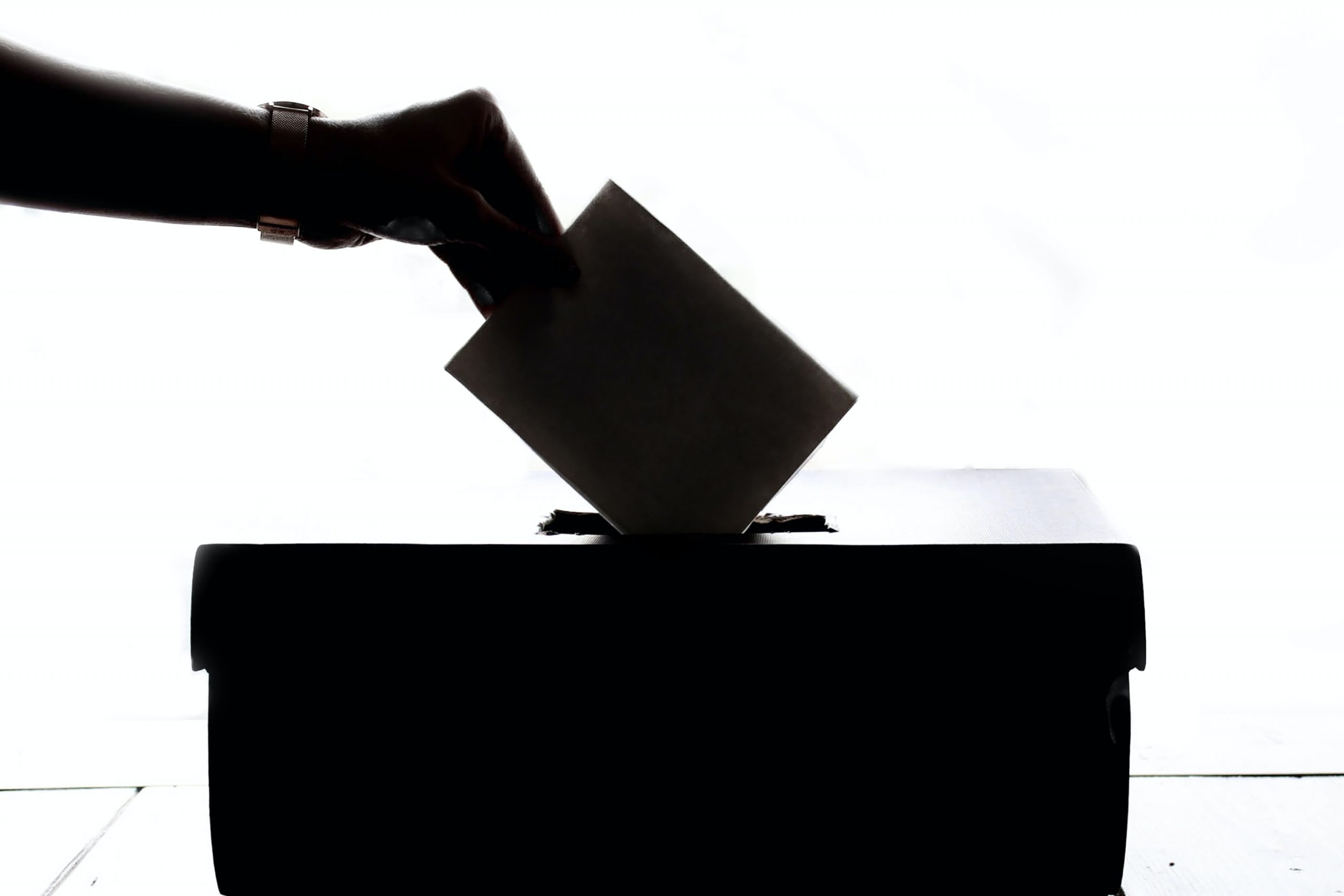 Matt Crane, director of the Colorado County Clerks Association (CCCA), was one of two Republicans invited by KNUS talk radio host Jimmy Sengenberger to discuss election integrity in Colorado and nationwide on Saturday.

Before becoming the executive director of the CCCA, Crane worked as the Arapahoe County Clerk and Recorder. Crane has previously denounced misinformation about the 2020 election, as well as overly restrictive election legislation.

Also invited was Hans von Spakovsky, who is currently a senior legal fellow at the Heritage Foundation, one of the U.S.’s most notable conservative think tanks, where he manages the Election Law Reform Initiative. As early as 2012, Von Spakovsky has made baseless claims that Democrats frequently rely on voter fraud to win elections, according to the New Yorker. In 2018 a federal judge found that his statements as an expert witness in a lawsuit challenging a restrictive voting law in Kansas were “premised on several misleading and unsupported examples” and included “false assertions.”

In December, the Heritage Foundation released its Election Integrity Scorecard, which reportedly intended to rate each U.S. state on the security of its elections. The scorecard gave Colorado a 51 out of 100, whereas Georgia – the highest ranking state, following the state’s passage of the Election Integrity Act last year – placed first, with a score of 83 out of 100. Georgia’s law, which is being challenged by the Department of Justice, drastically restricts mail-in ballots, drop boxes, and outlaws giving food or water to voters waiting in line at polling places.

“We’ve got a standard on how well does the state maintain the accuracy of its voter registration rolls, for example?” Von Spakovsky told Sengenberger. “Does it do regular comparisons between the state list and the state vital records department aside people who have died? … If the states were perfect on all 12 standards, they would get 100 points.”

Each of the scorecard’s 12 categories is assigned a seemingly arbitrary number of points, but the disparity between the first three categories and the other nine make it clear where Heritage’s priorities lie: limiting the number of votes cast. States could have earned up to 20 points on “Voter ID Implementation” and “Accuracy of Voter Registration Lists,” and up to 21 points on “Absentee Ballot Management,” while all other standards, such as “Vote Counting Practices” and “Election Litigation Procedures” earn just three or four points.

Responding to Von Spakovsky, Crane questioned the accuracy of the scorecard’s findings, saying, “I’m with you on photo ID and some of the other things, the importance of list maintenance, those kinds of things. But I was concerned a little bit because, you know, while some of the metrics [of the scorecard] make sense, some of the other ones do not, and I was a little bit confused as to why other metrics weren’t included. For instance, there’s no metric in here for paper ballots. There’s no metric in here for post-election audits.”

Crane felt that the scorecard was skewed against mail-in voting – a system which he helped to bolster in Colorado.

“I know the Heritage Foundation, you know, is a strong believer in in-person voting and isn’t a huge fan of absentee balloting,” Crane said. “But I think it probably goes too far in weighing against absentee ballot and voting by mail, and not getting into specific election integrity measures that states that do have a lot of mail ballot voting or all active mail ballot delivery, the steps and procedures that they have in place to ensure the integrity of that vote.”

Von Spakovsky maintained his claim that mail ballots are not secure. He was critical of Colorado’s voting system, which he said “automatically” sends ballots to all registered voters.

“I can’t tell you how many people contacted me and said, ‘Look, I live in this apartment in the District of Columbia and I’ve gotten five mail-in or absentee ballots for people who used to live here,’” Von Spakovsky said. “… And you know, most people are going to be honest and you’re going to toss those out, but there are plenty of other people who may sign the ballot and send it back in.”

This echoes former U.S. president Trump’s baseless claims that unsolicited mail-in ballots were a widespread source of voter fraud in the 2020 election. There is no evidence that significant fraud took place, either from mail-in ballots or elsewhere. Claims of fraud have been debunked by numerous sources.

“I think one of the things to keep in mind here is that, you know, mailing ballots again provides us an opportunity to clean our list every single election because of the number of ballots that we get back undeliverable, where we can move those voters to the inactive list,” Crane went on to explain.

“In 2010, Colorado’s undeliverable ballot rate was around 10 percent. In the 2020 general election, it was about two percent,” Crane also said. “So that’s a significantly cleaner list over 10 years because our list maintenance processes have gotten so much more mature and so better, so much better.”

Crane also spoke against unnecessarily restrictive identity verification for mail ballots: “I do support photo ID for elections to register, to vote for in-person voting. I don’t support having to include a copy of your photo ID with your mail ballot. You know, our signature verification process is among … the top two or three [in the country].”

After a short commercial break, Sengenberger brought up his own participation in a risk-limiting audit in a previous election. Von Spakovsky responded with a general approval for audits in state elections.

“And you have to understand that the idea of doing audits – which I completely agree with, I think every state ought to be doing audits – is something that’s relatively new. It really came up in the past year,” Von Spakovsky said. “And as you know, there’s been frankly unfortunate opposition to that.”

Sengenberger was quick to clarify that he was not referring to “auditing voting machines or what have you, like the counting software in the scanner. Say Dominion or what have you.”

Sengenberger continued, “Colorado, for several years, actually has had risk-limiting audits in place in terms of the paper ballots and actually pulls out a certain number of ballots as a routine measure.”

Responding to this, Von Spakovsky went on to praise the widely discredited audit in Maricopa County, Arizona.

“You know, the audit in Maricopa County, which folks on the left has just simply dismissed because the hand recount matched the machine recount, and as Matt, I’m sure, can tell you, that was no surprise to election officials that is almost always the case. But remember, they listed a whole series of potential problems, such as … indications that there were individuals, thousands of individuals who voted in Arizona who were registered in more than one county and voted twice.”

The controversial Maricopa County was conducted by a private firm with no auditing experience which has since shut down after being fined $50,000 per day by a federal judge, sought to inspect ballots from the 2020 election for evidence of fraud, was widely criticized by both as a partisan attempt to sow mistrust in the electoral process. Maricopa County’s votes had already been audited multiple times prior to the audit in question, with no evidence of fraud being found, according to KJZZ.

While he praised Crane’s efforts in keeping Colorado elections secure, Von Spakovsky was clear about his hostility to voting rights bills in U.S. Congress, which he claimed would remove those protections.

“I should point out that many of the things you’re talking about to maintain the accuracy of your voter lists, all of that would be illegal, unlawful if the two big federal election bills that Chuck Schumer, as you know right now, is trying to push through the Senate,” Von Spakovsky said, referring to the Freedom to Vote Act and the John Lewis Voting Rights Act.

Crane agreed that he was also concerned about the bills, saying, “However well-intentioned it may be, that will negatively impact our model, where it will reduce our ability to do signature verification or to do some of these checks on our list maintenance.”

The Freedom to Vote Act would have made it illegal to remove any names from the list of registered voters without “objective and reliable evidence” that those names are ineligible to vote. It would still allow the removal of people who died or moved out of state.

On Wednesday, the act failed to pass the U.S. Senate, with all Republican senators and two Democrats voting against it.

“I think perhaps the one thing that struck me most about the scorecard was only two of the states in your top 10 are in the top 15 for voter turnout for voting, age, population,” Crane said. “The other eight are in the bottom half of voter turnout, including four in the bottom 10. So does that mean that they’re getting that balance wrong of access versus integrity? I think you can make a good argument for that.”

Listen to the full discussion here.