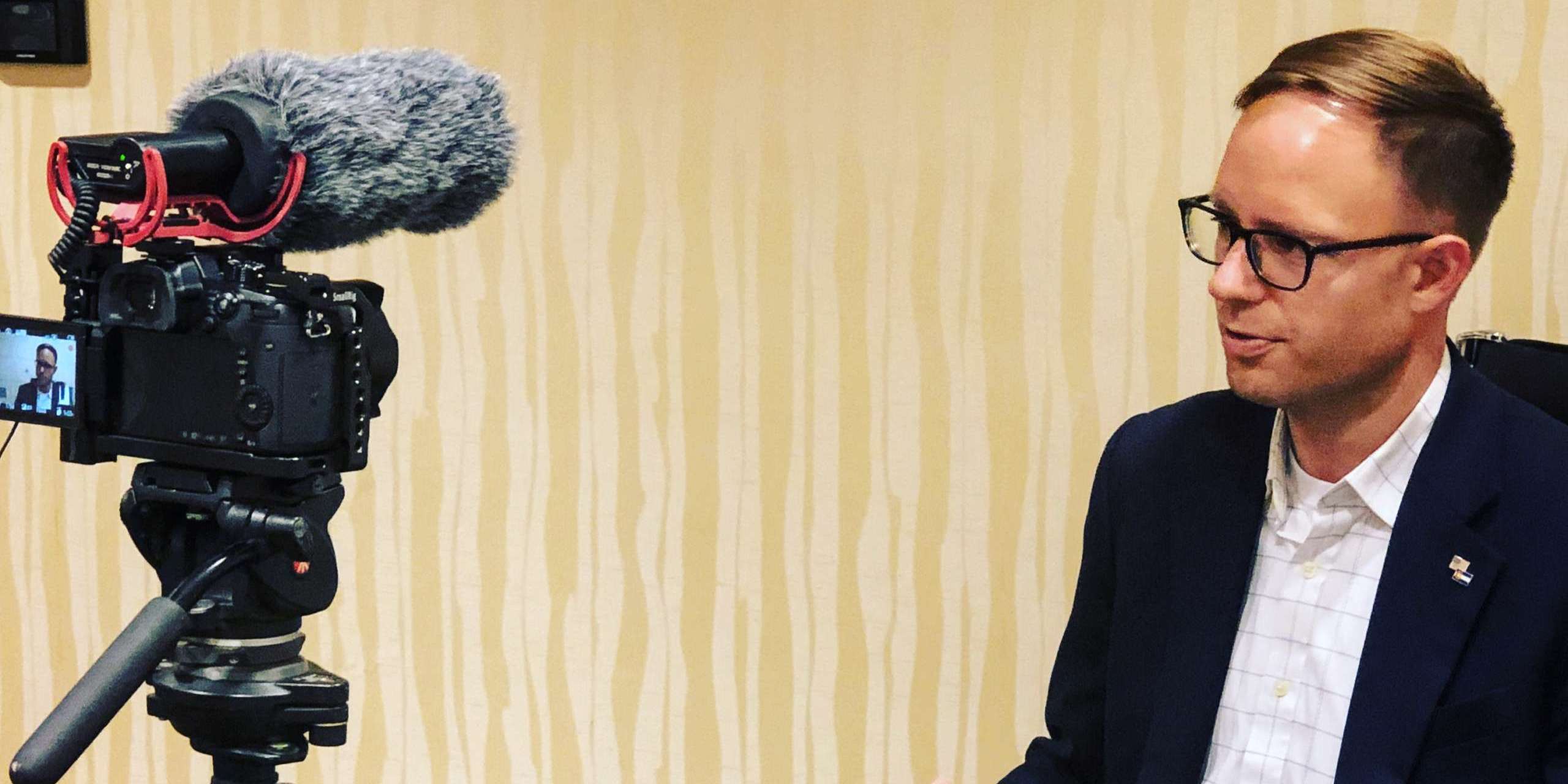 This morning, state Rep. Matt Soper (R-Delta) said that he wishes he had a “do-over” after voting to support proposed amendments presented in the Colorado House of Representatives yesterday that are steeped in election fraud conspiracy theories. Soper explained that he is currently recovering from COVID-19 and his remote participation in the discussion caused him to misunderstand the amendments he was voting on.

“I can tell you from my perspective: I could listen to the debate, I couldn’t participate in the debate, but I could vote, so I did go ahead and vote for the amendments,” Soper explained to George Brauchler on 710 KNUS. “I actually thought they were falling on party lines and I could only tell what the content was based on the flow of the debate. And so for me, that was a real disadvantage because this morning I’ve been able to track down the actual language of the amendments. And quite frankly, if I had the opportunity to do a do-over, I would be a no vote on both amendments.”

The amendments, submitted by Rep. Dave Williams (R-Colorado Springs), were proposed as part of a Democrat-sponsored bill asserting the legitimacy of the 2020 election and urging Congress to adopt comprehensive voting rights legislation.

In his explanation to Brauchler, Soper explained that after he actually read the proposed amendments he found them worrying.

“And thanking ‘Ron Hanks and the millions of Americans who exercise their First Amendment rights on January 6th,’ reading that I was like, ‘Wow, you know, I don’t think we ought to be thanking anyone for what happened at the Capitol on January 6th.’ I do know that there were a lot of people who were sheep who just went along with the flow,” Soper said. “But quite frankly, you know, no one should say that what actually happened at the Capitol was a good thing.”

“So the debate was focusing more on the fact that we still haven’t gotten to a point where we’ve had a forensic audit of the 2020 election,” Soper said. “We still have a lot of people who are questioning the outcomes. We still have a lot of people who even are questioning what happened on January 6th. And quite frankly, I could agree with all that. I mean, I think there are a lot of question marks throughout all this. I don’t think that the chapter is fully shut on anything.”

However, Soper clarified that he has not seen evidence of election fraud within the state of Colorado and that most of his questions pertain to election systems in other states.

“We know that there’s always going to be something that’s happening that’s fishy, that doesn’t meet the letter of the law, but for it to be such a widespread as to overthrow the election in Colorado. I mean, we certainly would have seen that in lower-ballot races. We would have seen the trend change,” Soper explained. “I mean, I’ve been analyzing elections for over 24 years in Colorado. And I can tell you that I can look at a district in western Colorado and pretty much tell you what the percentage is going to be unless the candidate were to go out and shoot someone.”

Of House Republicans, 16 (including Soper) voted for the amendments while five voted against. Three Republicans, including Hanks, were excused from the vote. Soper warned that this vote was emblematic of the divide within the Colorado Republican Party that could hurt the GOP in future elections.

“As it stands right now in the Republican caucus, there’s quite the divide,” Soper said. “And so this was probably more aimed at dividing the Republican caucus than helping the Republicans fight the Democrats. … An amendment like that serves only to divide the caucus. And as Abraham Lincoln said, you know, house divided cannot stand. And right now, the Republicans, we have a shot at taking back the House, the Senate, the governor seat, but we can’t do so if we continue to be divided.”

In retrospect, Soper said he wishes he could take back his vote, but hopes to do better next time.

“I think at this point in time, you just kind of have to deal with the decision you made on the fly,” Soper said. “And I tell folks from time to time, you know, if the politics were always exact we could have a machine. We make mistakes as elected officials, and I wish I could go back and change those. We can’t. We can always do better next time. Luckily, this was not an amendment that was going to pass. I would’ve felt even worse had that been the case.”

The full text of the amendment thanking Rep. Hanks and the other Jan. 6 participants read as follows:

(1) Thank Representative Ron Hanks and the millions of other Americans who joined him on January 6, 2021, to exercise their unalienable rights, as enshrined in the First Amendment to the United States Constitution, to speak, peacefully assemble, and seek redress from their government in order to secure our elections and protect the sacred right of every lawful vote to be counted;
(2) Commit to ensuring that dead people are removed from the voter rolls and that those who are unlawfully present in the United States are never able to vote in Colorado elections;”.

@SoperMatthew calls in to #DenverTrumpRadio to say he had Covid-brain when he voted for GOP lunacy.

Could I suggest real malady is MAGA disease?

Click below to listen to Soper’s full interview with Brauchler.