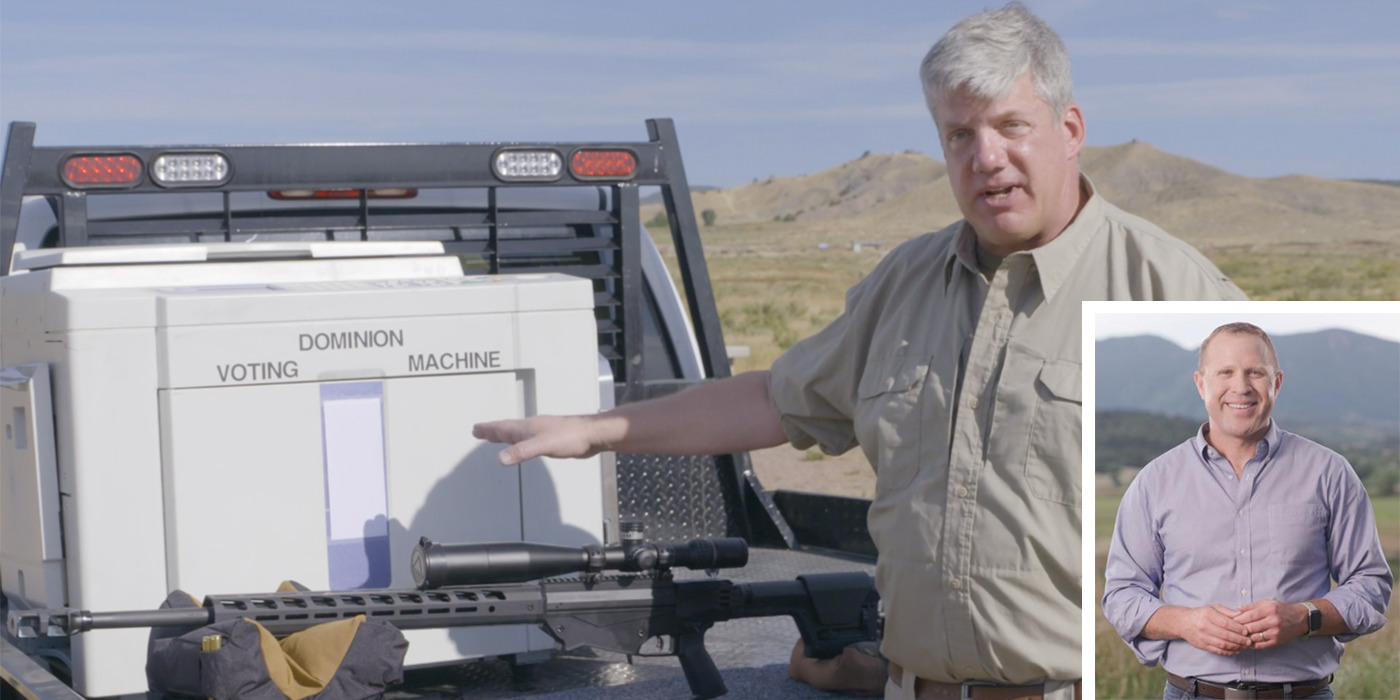 Shortly before the audience of about 150 at the Republican forum handed in their votes, they cheered Hanks after he restated his belief that Donald Trump won the 2020 election.

Hanks points to baseless evidence of widespread fraud in the 2020 presidential election.

The remaining four Senate primary candidates at the event gave their ideas for repairing a system they believe to have been flawed for many years, whereas Hanks continued to emphasize what he believed caused the 2020 election to be rigged in favor of Joe Biden.

None of the other four candidates, Eli Bremer, Gino Campano, Deborah Flora and Peter Yu, went so far as to explicitly say that Trump lost. However, each stated that the country needs to restore election integrity.

Bremer came in second in the straw poll and Campano came in a close third.

Nico Delgado, a spokesperson for the Colorado Democratic Party, watching the panel via livestream, released a statement regarding the results of the Jan. 15 straw poll.

“Ron Hanks cemented his frontrunner status in the GOP Senate primary after winning the straw poll following their second forum,” read a portion of the Delgado’s statement. “The field of candidates are desperate for Trump’s endorsement, but only Hanks will claim that Trump won the 2020 election. This is proof that candidates will have to embrace the Big Lie since this is a message that clearly resonates with the Republican base.”

Hanks, who denies the results of the 2020 election, has used his own observations from poll watching in Arizona as a reason to believe that the election was stolen from Trump. He also pointed to anomalies that occurred on election night as evidence of fraudulent vote counting, despite the fact that these allegations have been proven baseless.

“We watched five states stop the voting,” Hanks said. In fact, five states did not stop ballot counting on election night. The claim was made on social media and flagged as misinformation on Facebook, as well as debunked by voting officials in Pennsylvania, Michigan, Georgia, North Carolina, and Wisconsin, according to multiple sources including the Poynter Institute, Reuters, and the Washington Post.

Hanks responded to a question about whether Biden won the election with an unsupported accusation: “It’s unprecedented; it has ever happened before while Trump was ahead had some sort of anomalous issues pop up, and during this anomalous issue they wallpapered up windows so people couldn’t watch what they’re doing. However, there is video evidence of election workers pulling out suitcases running ballots through multiple times.”

Bremer, Campano, Flora, and Yu took a different approach to the question, “Did Joe Biden win the 2020 election?”

Flora said a citizen’s confidence in their vote is essential for the country and blamed the “far left media elite” for discouraging a fight for election integrity.

“It’s time to stop. It’s time to take back this argument because it’s not about left and right, it’s about right and wrong,” Flora said.

Bremer said “Joe Biden is president of the United States,” without saying he won the race legitimately. He maintained that Democrats should not be the ones pointing fingers, referring to Hillary Clinton’s statements that the 2016 election was fraudulent as well. Clinton didn’t allege widespread voter fraud, as Trump has done, but she called Trump an “illegitimate president” due to various “tactics” used by his campaign, “from voter suppression and voter purging to hacking to the false stories.”

“Election security and election integrity should be a bipartisan issue,” Bremer said. “This is not a left or a right issue, this is a bipartisan issue. This is an American issue. We can’t run our democratic republic if we don’t have confidence in the elections.”

Peter Yu declined to say whether Trump won or lost, instead promoting a citizen’s right to question election integrity.

“The thing is, I’m not sure this is a yes or no answer,” Yu said. “There are a lot of things going on that make you skeptical.”

Campano said he blamed himself, as a Republican, and that in hindsight, members of the party should have heeded what Trump had warned about in advance of election fraud in the 2020 election, if he had not won.

After the panel discussion, the candidates met with voters at Palmer Ridge High School in Monument.

Hanks took issue with the repeated use of the word “baseless” when reporters describe his view that the 2020 election was stolen.

“[The media] is running out of things to say, and the more they say, ‘baseless conspiracy theory,’ they’re really losing credibility,” Hanks said. “I have got to say that is my assessment of how the press is starting to wobble.”

Nick Puckett is a journalist from Castle Rock, Colorado, with a background in covering local news and politics. Nick grew up in Colorado and attended the University of Montana, where he obtained a degree in journalism. Nick previously covered local news in Parker and Lone Tree, Colorado as a community editor for Colorado Community Media. Nick is an avid skier, baseball fan, and writer and loves to spend time outdoors or with his dog, Griffey.