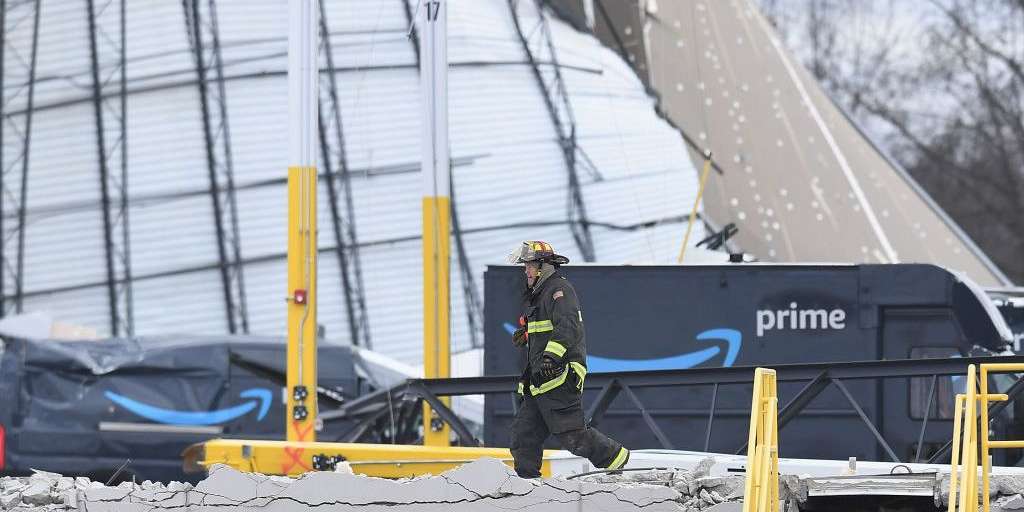 Old-school home-improvement contractors have a piece of folk wisdom they love to share with prospective clients. “Listen,” they like to say. “I can do this job fast, I can do it cheap, or I can do it well. But I can’t do all three.”

This wisdom has been around forever. But not everyone gets it — take billionaire Jeff Bezos. His Amazon empire prides itself on delivering good results fast and cheap.

That works well enough for Bezos, now worth around $200 billion. And Amazon consumers, the company PR maintains, can get almost whatever they want quickly and cheaply. But for Amazon workers — and our broader society — Amazon’s empire-building has been anything but good.

Unfortunately, this tragedy should not have taken anyone by surprise.

Why did Amazon locate its Edwardsville operations right in Tornado Alley? No mystery there. Edwardsville’s plentiful acreage and easy access to interstates, airports, and other transport offered Amazon the promise of speedy delivery times and lower delivery costs.

Check fast. Check cheap. But the warehouse went up with no special attention to tornado safety. That would have raised the cost.

OSHA — the federal Occupational Health and Safety Agency — has now begun an investigation. Since the deaths in Edwardsville, Amazon workers throughout the Southern Illinois area have been ripping the company for failing to conduct tornado drills and expecting workers to keep working even after alarms ring out.

“The walls caved in, and I got pinned to the ground by a giant block of concrete,” Yost said. “On top of my left knee was a door from the bathroom stall, and my head was on that with my left arm wrapped around my head. I could just move my right hand and foot.”

Meanwhile, the company has been actively exercising its considerable power to prevent the one turn of events that could reliably keep Amazon on its safety toes: a union. Earlier this year, Amazon quashed a union drive at its Bessemer, Alabama warehouse so egregiously that the National Labor Relations Board has ordered a do-over on the election.

But the problem goes beyond Amazon. Our nation’s corporate giants have been on a ferocious 50-year offensive against collective bargaining.

Over the past year, Jeff Bezos has seen his wealth soar by over $4 billion — seven times the annual budget of OSHA, the agency investigating the disaster at his Edwardsville warehouse. So here’s an idea for lawmakers in Washington: A 5 percent annual federal wealth tax on those Bezos billions could quadruple the annual OSHA budget — and then quadruple it again.

Amazon’s relentless quest to sell goods fast and cheap has rewarded Bezos tremendously, but it’s come at a huge cost for the rest of us. If the company rebuilds its Edwardsville warehouse, Bezos should listen to his handyman.

Sam Pizzigati co-edits Inequality.org at the Institute for Policy Studies. His latest books include The Case for a Maximum Wage and The Rich Don’t Always Win. This op-ed was adapted from Inequality.org and distributed by OtherWords.org.