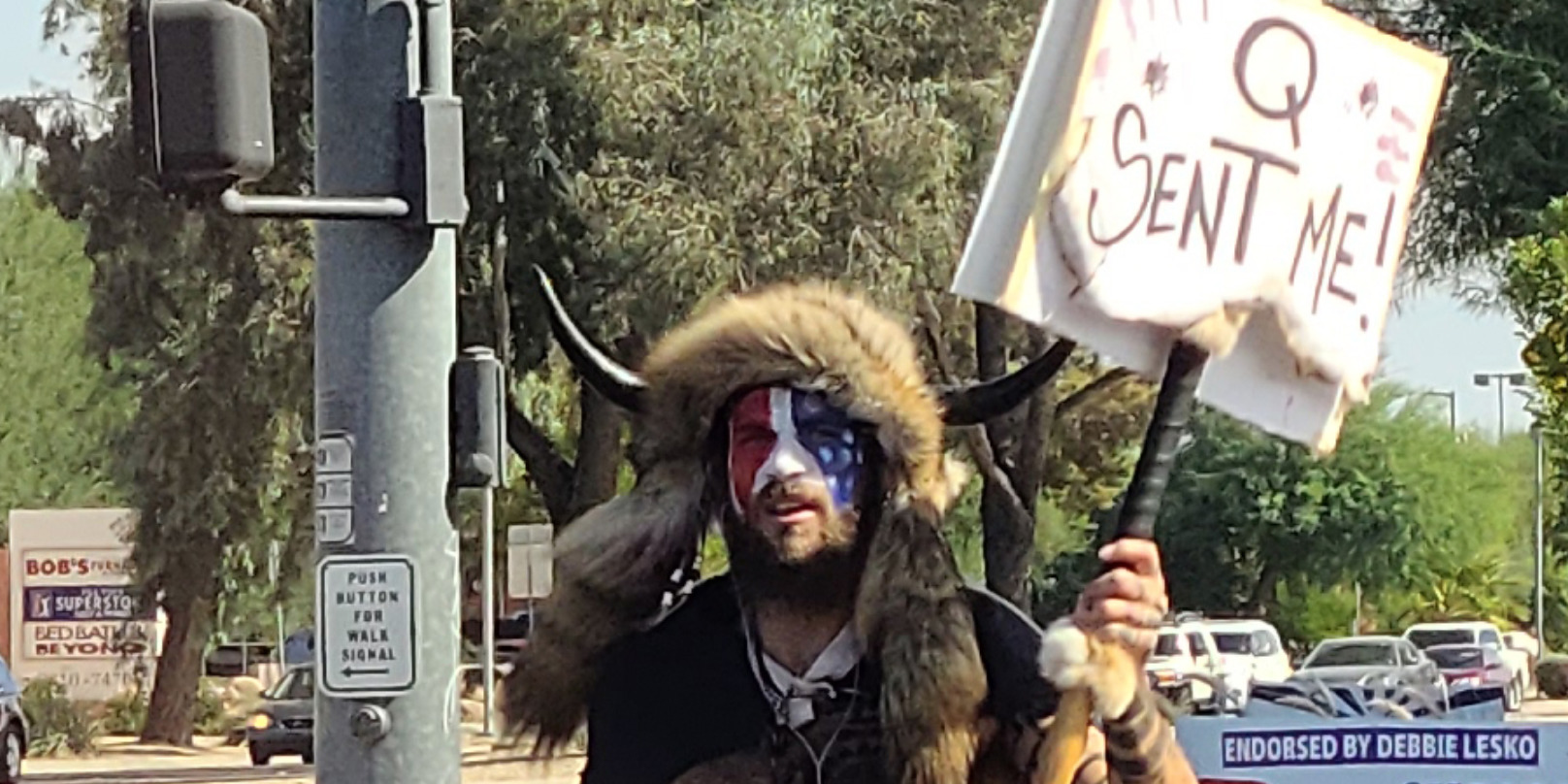 A local Colorado Republican leader has publicly declared both her intention to run for the statehouse and her belief in the QAnon conspiracy theory.

Jefferson County resident Mary Lynn “Dede” Wagner announced her intent to run for House District 25 last month. Her statements in support of QAnon and other conspiracies began much earlier.

Wagner, who leads the Mountain Republicans Club in Evergreen, describes herself as a “Christian, Constitutional Conservative.” A retired public school teacher who taught for 27 years, this is her second time running for the Colorado legislature. She was the Republican nominee for House District 23 in 2008, a campaign she lost to Democrat Gwen Green.

She reaffirmed that belief six weeks ago by returning to that post and replying to a commenter who expressed surprise at Wagner’s support of QAnon.

While several Colorado GOP candidates and party leaders have promoted conspiracy theories, Wagner is one of the few to openly promote QAnon itself.

I will defend your 1st Amendment rights my wonderful friend and sis in the Lord… I will not put you down for your beliefs. My “Q” friends are patriots I know who research into what actually is happening, they “Q or question” the news reports and search out the facts beyond what the media MUST report in obedience to their very liberal media employers. I have seen incidents first hand and then saw and heard how purposely erroneous the liberal-owned media reported it, to cleanse and protect their own. I remember when the news was just the real news, when I was a kid. The news media wasn’t such a group of push buttons for the Dem party. They weren…”

Yet Wagner’s promotion of QAnon began well before Jan 6. Less than a week after last year’s election, Wagner posted a QAnon message (known as a “Q-drop”) that claimed the election result was invalid because of fraud that was assumed (without evidence) by conspiracists to have occurred.

Between the election and the insurrection, Wagner also shared posts by “Praying Medic,” a well-known QAnon supporter, and a QAnon podcast, the Matrixxx Groove show, both of which claimed the election had been stolen from former President Trump.

Wagner’s Mountain Republicans Club is a longtime stop on the conservative candidate speaking circuit. The group hosts weekly meetings at the Barn in Evergreen. In April, the group hosted a joint presentation by the election fraud conspiracy group U.S. Election Integrity Project and the Colorado Republican Party.

Reached by phone, Wagner said she was too busy to conduct a full interview, but during a brief conversation, she emphasized her love of free speech.

“We have our wonderful First Amendment and freedom of speech,” said Wagner. “Therefore, we do need to be able to give air to all points of view, especially in the news. I am disappointed that certain news media have forgotten the fact that they’re supposed to be just reporting the facts, only the facts and then let the people decide.”

Wagner agreed to a longer interview later in the day, but subsequently did not return multiple phone calls. This article will be updated with any additional comments received.

Wagner’s website doesn’t mention QAnon, but it did, at least until today, reference other conspiracies. After her conversation with the Colorado Times Recorder, the campaign website now says it is “Under Construction” and all of the policy positions have been removed.

As of yesterday, the site had stated that Democratic politicians instituted mask mandates in order to control the population and force people into submission. She also claimed that “our cost of living is purposefully being driven up!”

In addition to QAnon and the Big Lie, Wagner floated a Colorado-specific conspiracy theory last October, wondering if the deadly shooting that took place at FEC United’s Patriot Muster event, in which a security guard working for 9News shot and killed a militia member after being hit and attacked with bear spray, was in some way planned by the news outlet. The guard has subsequently been charged with second-degree murder.

Ten days after the shooting, Wagner mused that the incident “could be a set up ‘News Op/Photo Op gone wrong!'” and called for news anchor Kyle Clark to be fired. She reiterated her suspicion in a comment on her own post, adding “was this a news opportunity set up gone wrong? Looks like it when you see and hear the video of it.”

Wagner also promotes unsubstantiated and dangerous misinformation related to coronavirus treatments. During a recent appearance on a conspiracy podcast, she called the COVID vaccines “deadly,” and encouraged vaccinated people to drink a dangerous bleaching agent, chlorine dioxide, to counteract the supposed side effects of the vaccine.

“If you know anyone who has that dastardly deadly injection –I will not call it a vaccination… They desperately need to have chlorine dioxide. Chlorine dioxide is showing a lot of evidence that it stops the deadly toxic protein spikes which cause myocardiac arrest and which also cause blood clots and other things. So chlorine dioxide can help save someone who has had the injection,” said Wagner on the podcast.

The vaccine is safe; chlorine dioxide is not. Last April, the Trump Administration’s Food & Drug Administration published a warning against ingesting the compound, calling it “a powerful bleaching agent that has caused serious and potentially life-threatening side effects.” The solution has long been touted as a miracle cure for all sorts of diseases and conditions, including cancer, HIV, and autism. The FDA’s most recent statement was the fourth time since 2010 the agency felt the need to alert the public to the dangers of drinking chlorine dioxide.

Wagner’s decision to run for the House appears to set up a primary with Rep. Colin Larson, who has represented District 22 since 2018. The Colorado Redistricting Commission’s new legislative map, currently under review by the state Supreme Court, places Larson in House District 25. Larson did not return a voicemail requesting comment and to confirm his intent to run for the statehouse again, but he recently told the Colorado Sun he plans to seek reelection.