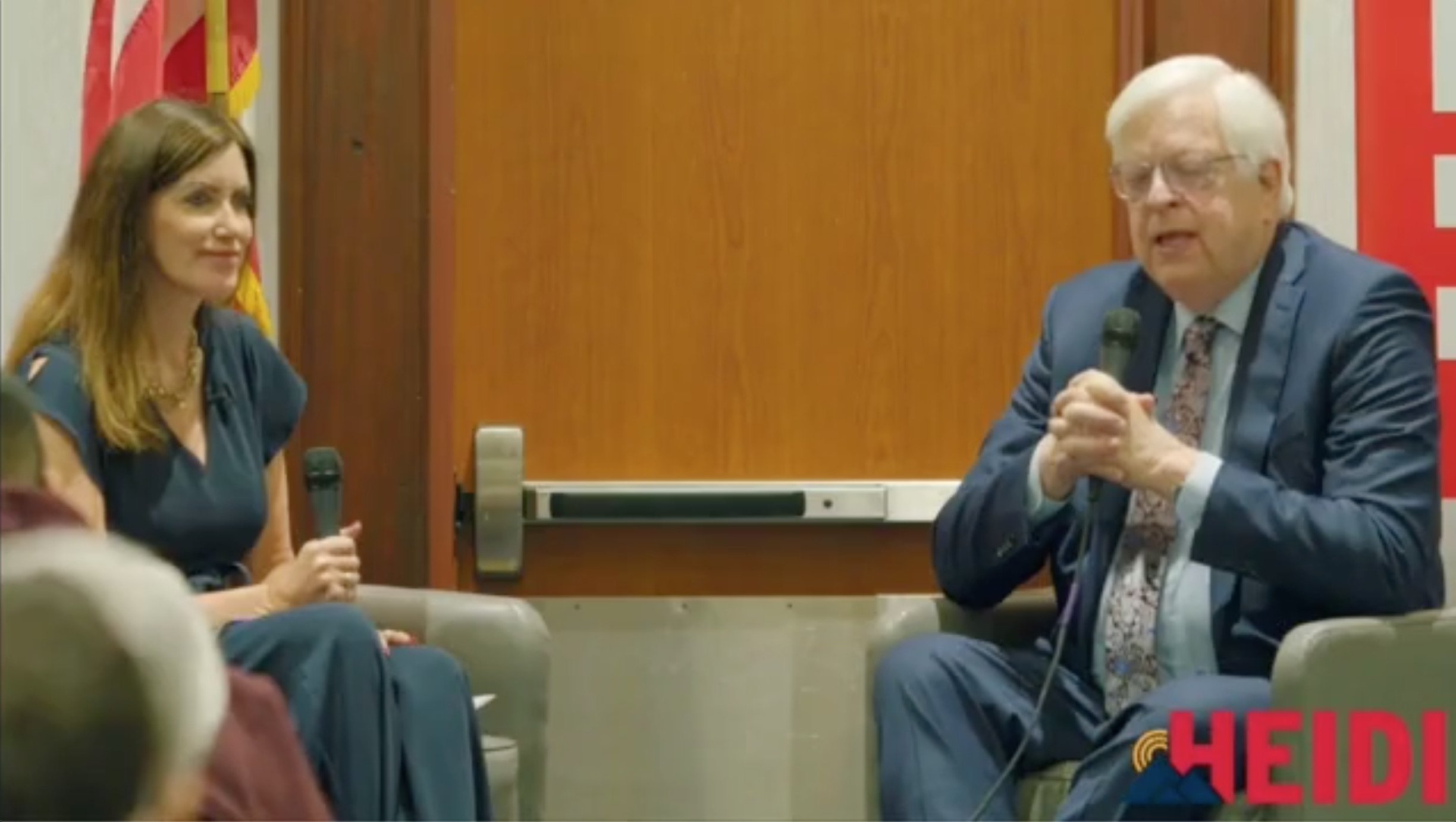 His musing on race included mischaracterizing an all-Black dorm option, such as the one offered by CU Boulder, as “segregation” favored by only “the Ku Klux Klan and the Left. ” He later explained how unconcerned with race he is by noting that he doesn’t have any problem with the fact that classical orchestras are “disproportionately Asian” and that there isn’t any “racial parity on NBA teams.”

Prager shared his most extreme vitriol, however, for American schools, which he called “poison factories” that damage children from kindergarten through college.

At no point did Ganahl, the most prominent member of the board charged with directing Colorado’s flagship educational system, object or question Prager’s characterization of schools. In fact, she heaped praise on him in her introduction, during which she indicated that they’d spent considerable time together in the days prior to the interview.

“I’m Heidi Ganahl. I’m so happy to have you here today, and I am so excited for you to hear Dennis,” said Ganahl. “I mean, I’m sure many of you listen. But just soaking up his wisdom over the last couple of days, I’ve so enjoyed it.”

Ganahl also asked Prager for advice on how college students could push back against campus vaccine mandates, a position she herself has unsuccessfully advocated. Prager answered that giving the vaccine to children, including college students, was “pure undiluted child abuse.”

Prager said parents shouldn’t send their children to college, nor should they send them to “90% of America’s elementary and high schools.”

The talk show host, whose Prager University Foundation declared revenue of over $37 million last year, also called on grandparents to foot the bill for their grandchildren’s homeschooling, presumably to prevent them from being “poisoned.”

Less than a week later, Prager announced on his radio show that he had finally succeeded in his 18-month-long quest to contract COVID, a goal he had already explained to Ganahl during the interview, saying, “I’ve been trying to get COVID for a year and a half!”

Her campaign has since said it’s contacting all the attendees to encourage them to get tested.

Ganahl did not immediately respond to an email request for comment as to whether she believes all American schools, including the University of Colorado, are “poison factories.” This article will be updated with any response received.