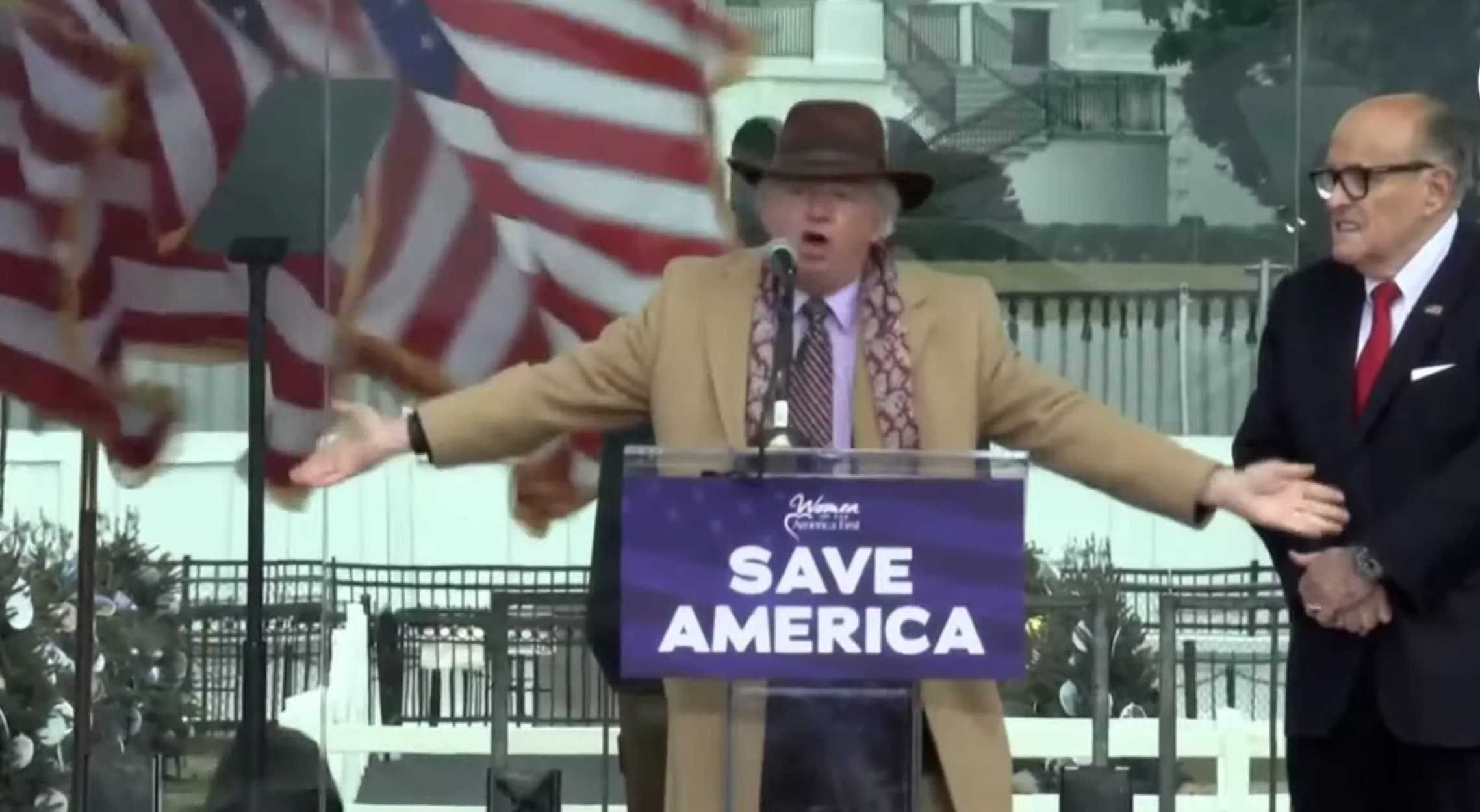 Earlier this spring, Eastman, as the former visiting scholar of conservative thought with the Benson Center at the University of Colorado at Boulder, named several defendants associated with CU in his announcement of intent to sue, claiming $1.86 million in damages for defamation, breach of contract, retaliation, violating the school’s discrimination policies and not following due process. Corporon, who was elected by fellow Colorado Republicans as RNC committee, represents Eastman in that case.

Eastman may have also previously threatened a defamation suit against Chapman University, his former employer in California, and The Denver Post.

On his show this Saturday, Corporon said that former Colorado Speaker of the House Terrance Carroll had narrowly avoided a defamation lawsuit because he cited a source in his Oct. 5 op-ed for his assertion — reported by multiple news outlets — that Eastman, who’s a central figure in the “Big Lie” that widespread fraud in the 2020 elections resulted in Trump being denied a second term as president, pressured Vice President Mike Pence to overturn election results.

Now, instead of clearing up any misunderstanding by appearing again on Boyles’ show, Eastman instead is threatening another defamation lawsuit, this time against Boyles.

Boyles’ show has focused recently on debunking election conspiracy theories and the potential damage facing the Colorado Republican Party by perpetuating the Big Lie. He regularly challenges listeners to present evidence to support their claims, but so far Boyles has stuck with his view any such evidence exists.

Last May, Corporon arranged for his client Eastman to appear on Boyles’ show by telephone, to discuss his role in attempts to stall certification of election results. Eastman appeared onstage at the January 6 rally before the storming of the U.S. Capitol with Trump attorney Rudy Giuliani, where he made false claims around election fraud

As reported in the Colorado Times Recorder, during that appearance, Boyles asked Eastman for evidence. Eastman responded that there were thousands of sworn affidavits citing fraud, at which Boyles quipped that he could sign an affidavit declaring that he’d seen Bigfoot — “so what?” — the affidavit does not prove Bigfoot exists nor that Boyles in fact had seen Bigfoot. At that point, Eastman hung up on Boyles.

At the time, Eastman’s lawyer, presumably Corporon, explained his client’s behavior by saying Eastman had been “edgy” after “going through a lot” after his role at CU changed following his involvement in the Jan. 6 rally. Boyles and his producer Billy Thorpe debriefed Eastman’s appearance, with Thorp recommending Eastman not be invited back, since his claims of evidence were empty and his appearance was a “clown show.”

This Saturday, however, Corporon gave Eastman a chance to explain himself, saying that Eastman has been offered up for another appearance on Boyles’ show.

Corporon and Eastman maintain that Boyles has stated on-air that Eastman refuses to appear again, a point that appears consequential to Eastman’s threat of a lawsuit.

In his interview with Eastman, Corporon asks him why he hung up on Boyles, whether he regrets it, and if Eastman would be willing to return to Boyles show again.

“Well, no, I don’t regret it,” Eastman responded. “… These are very serious matters, and I thought we were having a serious conversation, … this is too serious to be playing little ‘gotcha games,’ like that. … But, you know, for him to say that I refuse to come back on the show suggests that in fact they’ve invited me back on the show, which has never happened. So, this is a false statement he’s making in order to undermine my reputation as being unwilling to talk about things that I have demonstrably shown that I’m more than willing to talk about. So, you know, that lie itself, you know, starts crossing the line into defamation, and he ought to be careful about it. … The standard for defamation … for public figures, they have to show malice. But even with the malice high standard, to knowingly say something that is false — and if he’s claiming that I am refusing to come back on his show after invitation, that’s knowingly false — that meets the malice standard. Or reckless disregard for the truth — repeating something without bothering to verify it is reckless disregard for the truth — those things actually meet the defamation standard. And at some point, people need to be held accountable for the false and scurrilous things they’re saying about other political actors in this rather intensely hyperpartisan era in which we live.

Corporon observes in his interview with Eastman that “defamation suits [are] flying around like crazy,” and mentions upcoming hearings this week where he will represent Colorado election conspiracist Joe Oltmann in a defamation lawsuit filed by Eric Coomer, a former employee of Dominion Voting Systems, a company at the heart of unsubstantiated election fraud claims.

Corporon implies that filing defamation lawsuits is culturally out of character for Republicans and conservatives, but states that such litigation is a necessary political tool to employ when “fighting back” to get Republicans elected.

Eastman may also represent the Colorado Republican Party in a lawsuit against the state of Colorado claiming a law mandating open primaries is unconstitutional.

An email request to Eastman for comment on this story was not immediately answered. This post will be updated with any response received.

Listen to the entire interview with Randy Corporon and John Eastman in the SoundCloud link below: