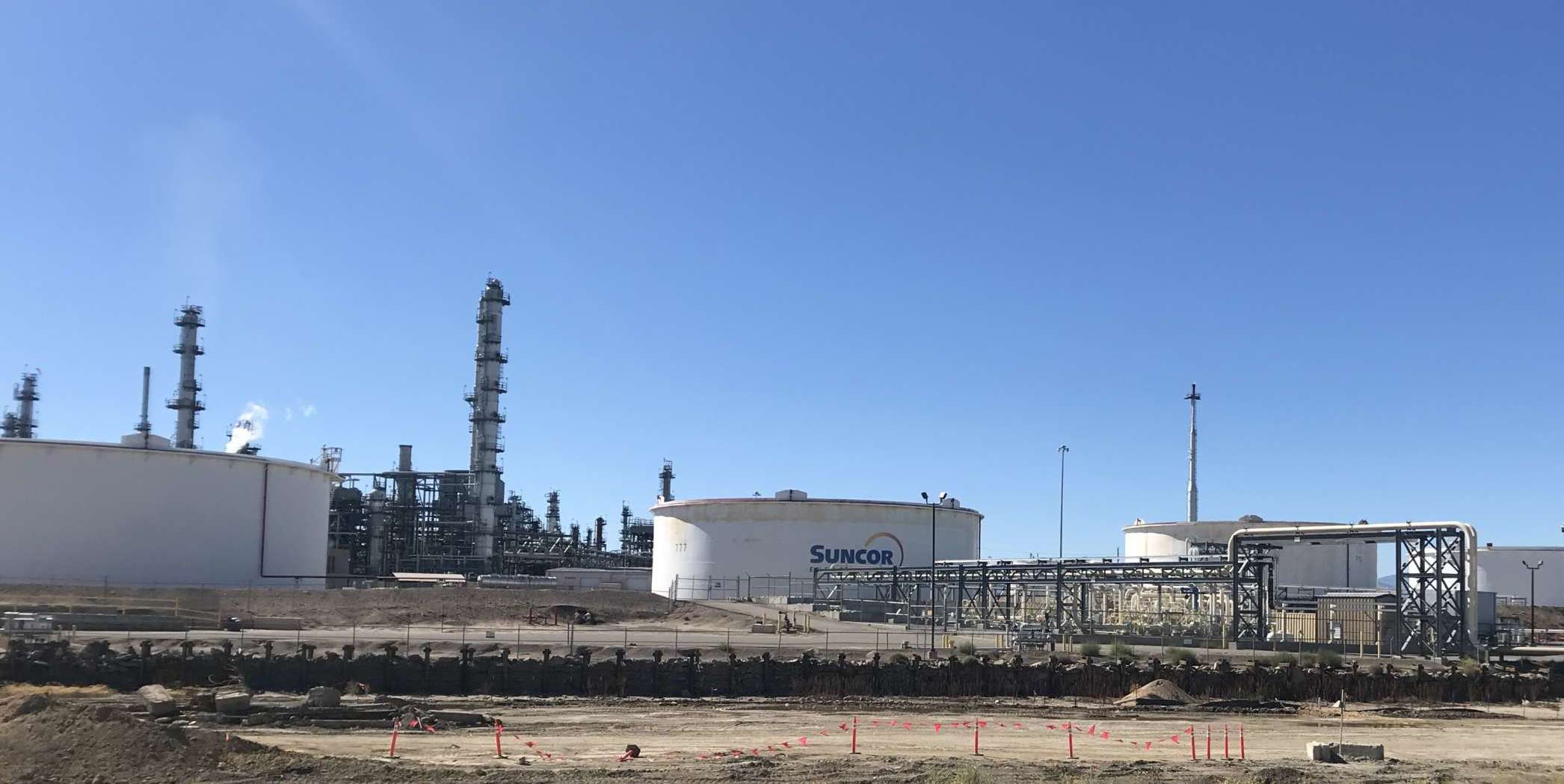 Beginning in November, an environmental justice group will distribute air-quality monitors to the residents of Commerce City and to the north Denver neighborhoods Globeville and Elyria-Swansea.

The area regularly ranks among the most polluted regions in the state in terms of air quality due to high vehicle emissions and a confluence of various pollution sources, including from I-25 and the Suncor petroleum refinery in Commerce City.

Last year, Suncor reached a $9 million settlement with the Colorado Department of Public Health and Environment (CDPHE) as a penalty for repeated air quality violations over the past decade. A portion of that settlement is dedicated to funding community-based projects to improve the environment and the health of Commerce City, Globeville, and Elyria-Swansea.

Cultivando, a Commerce City organization that conducts training for community members to advocate for themselves, whether at the state legislature or at their jobs, was awarded a grant for a community-based environmental project for home-based air quality monitoring.

According to Aracely Navarro, director for environmental justice programs at Cultivando, the effort to distribute the air monitors is a collaboration with members of the community and air quality scientists. The project, which Navarro leads, is called the Air Quality Investigation and Research for Equity (AIRE).

“Cultivando hasn’t really done a lot of environmental justice work but, since they’re based out of Commerce City, residents came to them stating their fears about the pollution and looking for answers,” Navarro explained.

AIRE is conducting health impact surveys and gathering data from stationary and mobile air monitors as well as distributing home air quality monitors. According to Navarro, the monitors distributed by AIRE will give researchers and community members an unbiased picture of the air quality experienced by residents of Commerce City, Globeville, and Elyria-Swansea.

After its release, some environmental activists in Colorado were underwhelmed with Suncor’s website and skeptical about the legitimacy of its readings. Part of the reason for community wariness can be attributed to the Suncor refinery’s repeated disregard for air quality and pollution standards.

Even after the settlement payment, Suncor, which did not respond to multiple requests for comment, has had repeated issues with chemicals being released into the surrounding community. These “upsets” at the refinery, including boiler failures, have resulted in yellow clouds, ash, and sulfur smells unleashed on Commerce City and north Denver.

Data released earlier this year from the Environmental Protection Agency showed that there are multiple pollution sources increasing health risks for residents of Commerce City, Globeville, and Elyria-Swansea. However, that data is not specific or complete. Navarro hopes that AIRE can give a more comprehensive view of exactly how bad the air quality is for the community.

The community surrounding Suncor has a long history of environmental activism, partially due to the environmental injustices they have repeatedly had to face. The community is also already marginalized, being predominantly low-income and Latino, and has higher health risks even before taking into account its proximity to pollutants (not to mention the effects of the COVID-19 pandemic.)

This is part of the reason Navarro wants to involve the community in AIRE by distributing home air quality monitors. She believes it is important to include the residents who are all too often overlooked even when it comes to pollution in their own neighborhood.

The data from the home monitors will be shared publicly on a bilingual website, as well as with leading air quality scientists from Boulder AIR, an independent air quality monitoring group.

“I grew up in Colorado. I understand personally what it means to live in a community polluted by others,” Navarro said. “I’m in this work because, as a woman of color and a first-generation Chicana, I grew up in poverty and among pollution.”

A Life Dedicated to Helping Her Community

Navarro was born in Los Angeles, but moved to Aurora, where she was raised, when she was five years old. Navarro studied environmental science at Colorado College and got a master’s degree in public health from Emory University.

Navarro now lives in north Denver and explains that her upbringing taught her much about the “Nature Gap” found between low-income people or people of color and the upper-class or white population. According to a 2020 Center for American Progress report, more than half of all Latinos living in Colorado are classified as being “nature deprived,” meaning they have poor access to natural places such as parks and forests.

“I might have been raised in Colorado, but I never went skiing, I never had that sort of connection with the outdoors,” Navarro said. “Being raised in poverty, being Latino, that wasn’t really accessible to us.”

Navarro explains that she cares so deeply about the Commerce City, Globeville, and Elyria-Swansea communities because she empathizes with the overlapping injustices faced by the people who live there. She explains that she grew up in a Spanish-speaking community, with a father who was an immigrant.

“I think I’m connected because there is so much disease in our communities,” Navarro said. “Because of my background in public health I’ve seen the connection between pollution and health issues. I grew up with my mother battling cancer. That was the impetus of asking, ‘Where are these health impacts coming from? What is really going on here? What are we eating? What are we drinking?’ So my connection comes from the reality that these people are my culture. I see myself in them. I see my family in them.”

When asked if she considered herself an activist, Navarro demurred on labeling herself just yet, explaining that she’s excited to see the effect AIRE can have moving forward.

“I really don’t like putting labels on myself,” Navarro said. “I feel, coming from an indigenous perspective, the community is what gives you those titles in how they see you. I feel that I’m working up to be an activist, to be more involved in policy changes. Right now, I feel more like an advocate where I’m advocating for justice and helping other people and empowering them, giving them tools to fight for changes in their own lives.”

In an ideal world for Navarro, AIRE would just be the beginning of the journey to helping clean up pollutants in north Denver and Commerce City.

“What we’re doing is only the tip of the iceberg,” Navarro said. “We all know there is pollution in the air. So this work of doing our own air monitoring is just the beginning. Once we have this data, we can then move forward to organizing, to getting policy passed that will help address these issues”

In addition to state policy, Navarro also pointed to education and accountability as future areas of improvement.

“We have to educate the community. Some community members don’t understand what environmental racism is or what they can do to fight back,” Navarro said. “We also need to hold government and corporations accountable through movement building and advocacy.”

“I think that’s what we need,” Navarro stated. “In the long term we need to look at these issues as a larger infrastructure issue. How are we transitioning in a just way to renewable energy? How do we put money where it’s needed for good use?”

But most of all, Navarro pointed to a shift in consciousness needed to address the broad issue of a dying planet.

“A lot of us don’t really consider the Earth as a living being,” Navarro explained. “I think everybody needs a huge shift in consciousness in how we as human beings interact with the Earth. We need to decolonize our own minds. We live in a colonial, capitalistic construct that is very extractive of our Earth, but we don’t really understand the relationship we have with the Earth. How she feeds us and how we feed her.”

For more information on receiving an air monitor at your home if you live in one of the affected communities, visit AIRE’s website here.