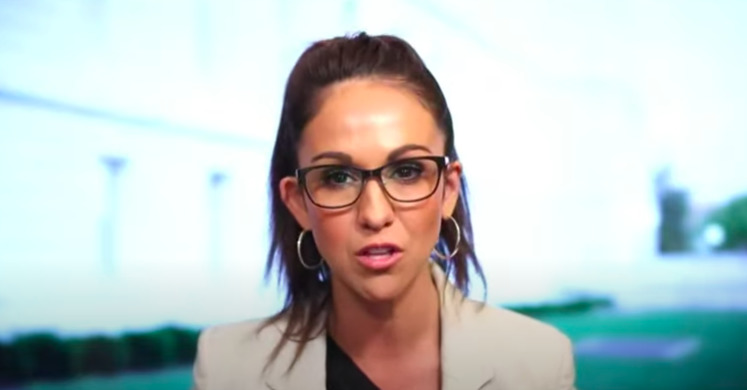 Congresswoman Lauren Boebert (R-CO) continues to deny the realities of climate change, rather blaming “radical” environmentalist groups and Democrats for contributing to the severe drought conditions that have plagued much of western Colorado by impeding action through legal challenges.

“Democrats like to pretend that climate change is to blame for everything, and yes, the climate is changing – four times a year, in fact,” Boebert said during a House subcommittee hearing on Wednesday. “But these same alarmists fail to take active measures that can address the changing climate.”

The hearing, which was held virtually, focused on the historic drought conditions in the Colorado River basin and the need for mitigation measures. But the controversial Colorado congresswoman used most of her allocated time to attack her political opponents.

“What’s the Democrats’ response to this? Nothing. They’re too scared to go against these powerful special interests,” Boebert said.

The freshman congresswoman also promoted her bill on forest management during the hearing, which she says would ease the severity of the drought.

“A healthy forest is an actively managed forest and active forest. Management activities such as large-scale thinning of trees will reduce water stress in forests and ease the severity of droughts. As more water will end up in our rivers and reservoirs, it’s by no means the end all be all solution,” she said.

The Active Forest Management, Wildfire Prevention, and Community Protection Act, which Boebert introduced on July 1, would require the U.S. Forest Service to harvest a minimum of 6 billion board feet of timber per year.

“My bill also removes incentives for extremist groups to file frivolous lawsuits that slow down projects,” she said.

As an example of a “frivolous” lawsuit, Boebert cited a dispute involving a logging project within Colorado’s White River National Forest. The plaintiffs in the lawsuit claim that the federal government improperly approved the project on 1,631 acres of forest land.

But a federal judge earlier this week dismissed those claims. The decision by the Denver-based 10th Circuit Court of Appeals upheld a lower court ruling stating the Forest Service did not violate environmental law or fail to consider the effects of the project on climate change or forest fungi.

Boebert described the legal challenge, which was filed by 21 residents in 2019, as a “B.S. environment lawsuit” and thanked the federal appeals court for its decision.

“We all know that logging on 1,000 acres in a forest that has 2.3 million [acres] isn’t increasing climate change. And if that is really our focus, then we need to start harvesting this timber,” she said, “because just one wildfire burning in Colorado alone, like we saw last year, produces more carbon emissions than all of the vehicles in the state of Colorado running 24/7 for an entire year,” she said.

The Colorado Times Recorder could not independently verify those claims, but a recent study found that wildfire smoke may be more harmful to humans than vehicle emissions.

The witnesses who testified during the hearing all acknowledged the impact of climate change on the drought situation in the Colorado River basin.

“While droughts are part of the West’s normal cycle, climate change has intensified the impacts experienced in every corner of the Colorado River basin. After two decades of intensifying drought, we must all recognize and prepare for the reality that this is likely the basin’s new ‘normal,'” Taylor Hawes, the Colorado River program director for The Nature Conservancy, said in her written testimony.

“We must recognize that we no longer have the luxury of time. The longer we wait, the fewer options we will have to adapt to this new reality.”

She said the average annual flows in the Colorado River have declined by 20% since 2000.

At the conclusion of the hearing, Chairman Jared Huffman (D-Calif.) took a little swipe at Boebert by thanking her for expressing her concerns about extremist groups.

“Maybe not the right ones, but it’s a good start,” the California lawmaker said.