During his 2014 Election Campaign, Gardner Said a Proposed Abortion Ban Was Just Symbolic, but He Has Yet to Co-Sponsor It Again 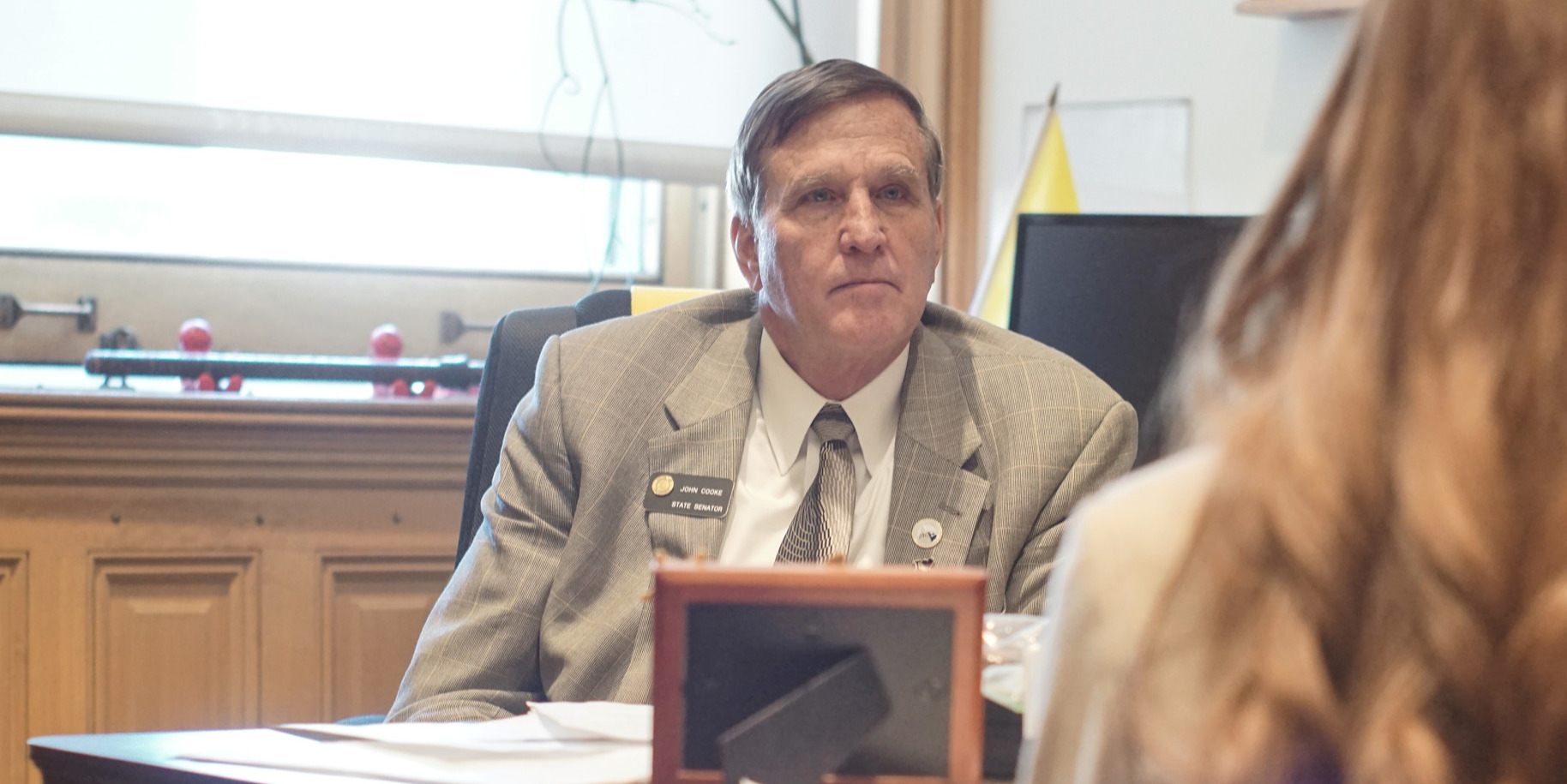 Appearing on right-wing talk radio yesterday, state Sen. John Cooke (R-Greeley) said he thinks Republicans can’t unseat Gov. Jared Polis (D-CO) in next year’s election, due to the incumbent’s potential war chest and the absence of a “viable” candidate so “late in the season.”

“You know, I would like to say yes, but no, I don’t think he can at this point,” replied Cooke, who praised Polis as smart and popular. “You know, it’s unfortunate, but money runs campaigns. And one, we need to have a good candidate, and it’s really getting late in the season.”

Cooke’s comments came as a surprise, as leaders of political parties don’t usually predict that their party will lose upcoming elections for fear of scaring away donors. Yet Cooke lamented one GOP candidate’s lack of money.

“We have one person that announced [to run for governor],” said Cooke on the radio. “Greg Lopez, good guy. But if you ask 99, if you ask 100 people, walk up to strangers say, ‘Who’s Greg Lopez?’ Ninety-nine, I bet, maybe even all 100 would say, ‘I have no idea.’ And so he has no name recognition. And if you don’t have name recognition, you’re not going to raise the money. And if you don’t have the money, you’re not going to get the name recognition. So it’s kind of a Catch 22. So we don’t really have a viable candidate yet running for governor. Nobody seems to be out in the wings waiting. And, you know, Polls can write his own checks.”

Asked by Boyles about defeating U.S. Sen. Michael Bennet (D-CO), Cooke said it will be “tough” to unseat him.

“You know, maybe in Colorado,” said Cooke on air. “It’s going to be tough unless we get organized and unify on a message, then I don’t know if that could be beaten either.”

Cooke’s assessment of the Republican Party’s prospects in next year’s election is largely supported by voter surveys and expert opinion, which point to Democratic victories in the absence of a fundamental political shift. That’s seen as not likely but always possible.

Cooke believes Republicans need to “come up with great candidates.” He wants to stop “litmus tests,” “scorecards,” and the “fighting.”

As an example of a candidate who could win elections, Cooke cited former state Sen. Ellen Roberts (R-Durango), whom he asked to run against Polis.

“You asked about Polis earlier,” Cooke told Boyles. “I tried to get Ellen Roberts, the former senator from the Durango area. Great woman. Smart. I mean, when she left the Senate, she left two years early, I said the collective IQ of the Senate dropped 20 points. And I tried to get her. It’s pretty much true. But she’s a moderate, but pro-life, pro-gun. But some of her votes were moderate. And I would say, ‘You need to run for governor. Think about it. You know, I’m not I’m not into identity politics or gender politics. But think about it. You’re a woman on the West Slope. You’re smart. You got a great voting record as far as for the state of Colorado. You need to run.’ She goes, ‘I can’t make it out of the primary.’ If I asked her once I asked her 20 times and said, ‘You need to run.’ And she said, ‘No, I can’t because I’m too moderate. I would never get the support of the base or they would work against me, even if I got the nomination.’ So that’s the problem we have.”

Roberts, who dropped an exploratory bid to be Colorado’s senator in 2015 after being attacked by Republican activists for being too moderate, left the Republican Party in 2017.

Yet Cooke praised Trump, saying he was “all in” for Trump, once he became the president.

“I thought he did a great job as president,” said Cooke referring to Trump. “He did a lot of things that the traditional candidate would not have done or couldn’t have done. And so I was all in for him once he became our candidate and voted for him, supported him here. But, you know, it’s time to move on. And you have to be realistic. Colorado is not Alabama. It’s not Idaho. This is not a hardcore red state. We have to face that and be realistic and tailor our message and our actions towards what Colorado is.”