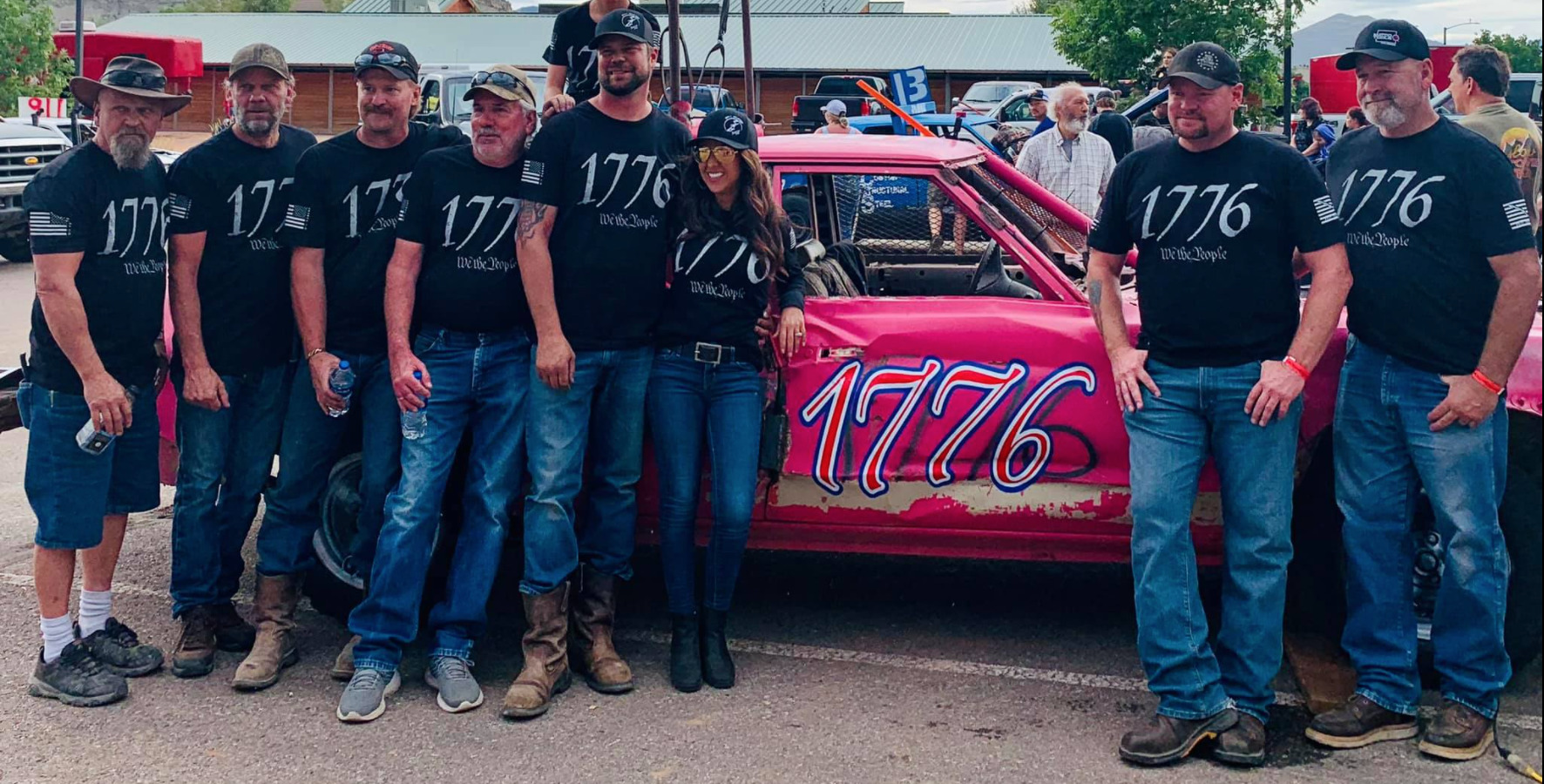 Congresswoman Lauren Boebert (R-CO) has been called a lot of names since becoming a national political celebrity, but after her appearance in the Garfield County Fair Demolition Derby last weekend, she has a new one: “Mad Dog.”

For those unfamiliar with derby terminology, the Mad Dog title is awarded to derby drivers who put on the most entertaining performance, whether they win or lose.

In Boebert’s case, she did both. Driving a pink sedan adorned with “1776” (which she famously tweeted on the morning of Jan 6) and the Shooter’s Grill logo, Boebert swerved and bumped her way to a win in her “Limited Weld” division, beating out two other entries.

After her last hit, she climbed out the window and flexed for the crowd atop her impressively crumpled yet somehow still mobile car. The roar of the crowd made it clear she also earned her division’s “Mad Dog” title.

Shooter’s Grill has sponsored a car in the Garfield County demolition derby for several years, with Boebert’s husband Jayson building and driving an assortment of American road beasts including an Oldsmobile Delta 88 and a Chrysler Imperial.

It’s unclear if Boebert herself had ever competed prior to this year, but she joked in a Facebook video prior to the event that “anyone who’s seen my driving record knows I’m well-prepared for this.” (Beobert was once arrested for failing to appear in court after receiving a ticket for careless driving.)

Social media photos show that Boebert’s derby crew included her family as well as Cory and Jacqueline Anderson, longtime friends of Boebert who both hold leadership positions with conservative groups on the Western Slope.

According to a Facebook post by Rocky Mountain Derby Promotions, Boebert’s prize money totaled $1,800: $1,500 for winning her division plus another $300 for being declared the “Mad Dog.”

It’s unknown whether she accepted the money. Inquiries to both the Congresswoman’s press office and the promoter were not immediately returned. This post will be updated with any response received.