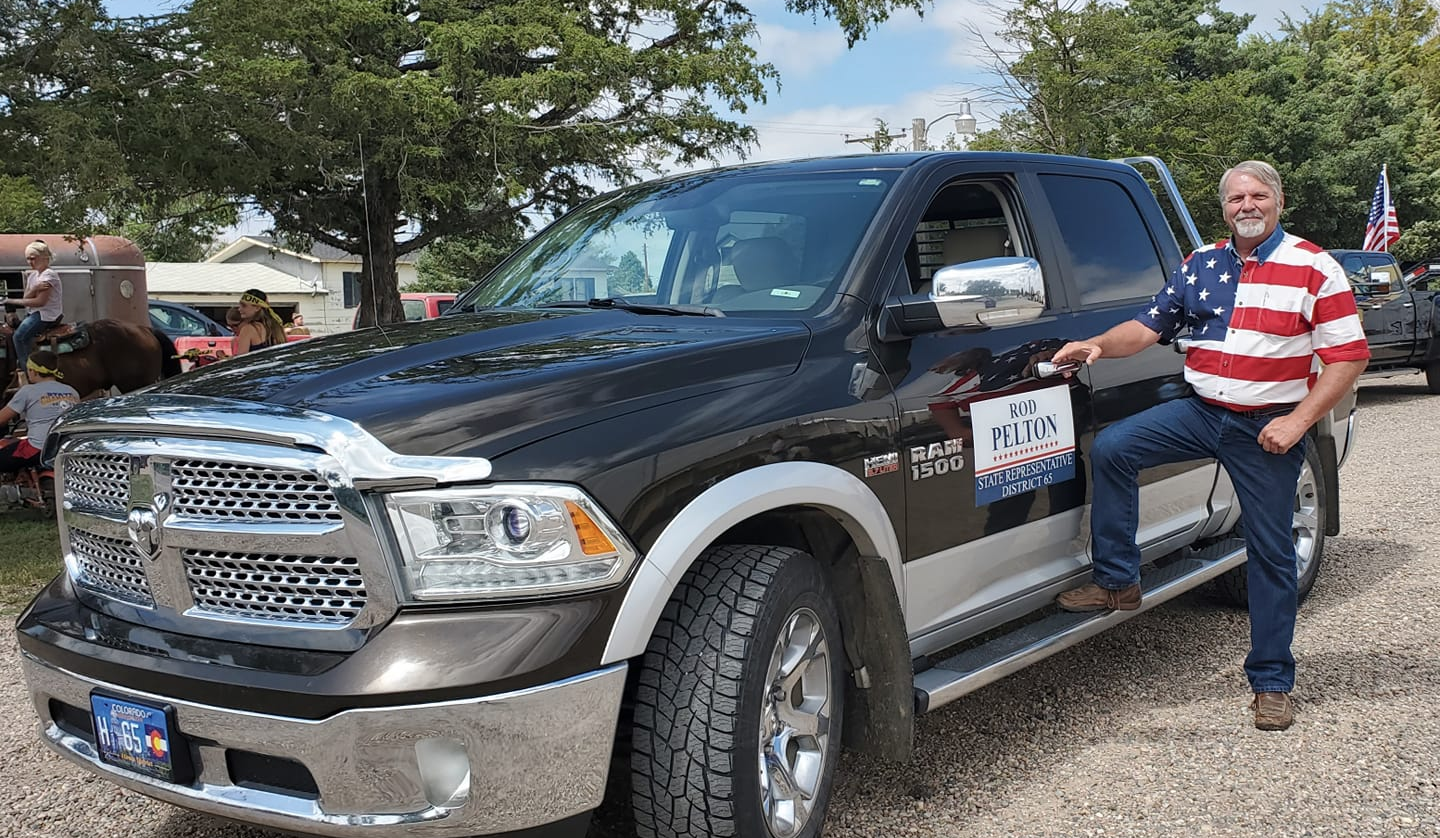 In an interview with the Colorado Times Recorder last Thursday, Pelton said that, in light of the current spike in COVID infections and the growing prevalence of the Delta variant of the virus, he is restarting a self-prescribed regimen which includes weekly doses of Ivermectin along with regular supplements of Vitamin D3 and Zinc.

Pelton said he and his wife believe they contracted COVID earlier this year, experiencing all the most commonly reported symptoms of COVID infection, minus the loss of taste and smell.

Pelton believes his prophylactic use of Ivermectin worked, saying that he and his wife’s symptoms were short-lived and milder than other infected family members who were not using Ivermectin.

Pelton said he did not get a COVID test to confirm he had contracted the virus.

Ivermectin, like Comirnaty, the brand name of the Pfizer vaccine, is an FDA-approved drug prescribed for parasitic infections such as head lice and scabies, but Ivermectin is overwhelmingly relegated to the treatment of livestock and horses.

Demand for Ivermectin prescriptions has astronomically increased causing shortages, and correlated increases in reportings of misuse and poisoning from the drugs have been observed. Reviews of recent Ivermectin studies have shown no evidence that it is effective in treating or preventing COVID at any stage and to any significant degree. Over 30 studies of Ivermectin are currently in progress.

“You are not a horse. You are not a cow. Seriously, y’all. Stop it,” the FDA tweeted last week in response to the sharp uptick in Ivermectin use nationally, along with a warning that large doses of Ivermectin can cause serious problems in humans.

Pelton told the Colorado Times Recorder he will continue to refuse vaccination, stating that despite the recent approval of Pfizer’s mRNA vaccine by the U.S. Food and Drug Administration, he still considers the vaccines to be experimental and unproven. He prefers Ivermectin’s “alternative” and “natural course” of treatment.

Pelton’s views on the topic have not changed in the eight months since he first embraced Ivermectin as an alternative treatment for COVID and announced his personal refusal to be vaccinated.

“My wife and I are using Ivermectin as a preventive,” wrote Pelton on Facebook in January. “We’re using horse ivermectin paste and you can buy it from any feed store. … It is marked in 250# increments so we just take a little less than that. Works out to about 1/4 to 3/8 of inch.”

On Facebook in January, as reported by Colorado Times Recorder, Pelton also posted an article published the previous April declaring that Ivermectin was shown to be effective in combatting the COVID-causing coronavirus in monkey kidney cells cultured and treated in vitro. The article called for further studies and human trials to determine Ivermectin’s efficacy in treating humans for COVID.

Since then, three vaccines have been produced by different pharmaceutical companies, gained emergency FDA approval, have been widely administered to more than 50% of the United States population, and have been determined to be safe and effective by government and independent organizations.

Also in the past eight months, the U.S. has experienced at least two significant generalized spikes in COVID infections, and the emergence of a more virulent and transmissible variant of the virus. Regionally, the latest surge has caused alarm as medical facilities and resources have become overwhelmed with COVID patients, mostly unvaccinated.

Hydroxychloroquine, like Ivermectin, is another unproven treatment for COVID has received controversial and unsubstantiated attention and promotion from questionable sources, including former president Donald J. Trump. Pelton, however, says he has not used it.

When asked whether he would recommend that Coloradans and his constituents in House District 65 get vaccinated, Pelton says he believes in the maxim, “My body, my choice,” and recommends that each person conduct their own research and make the best decision they can for themselves and their family.