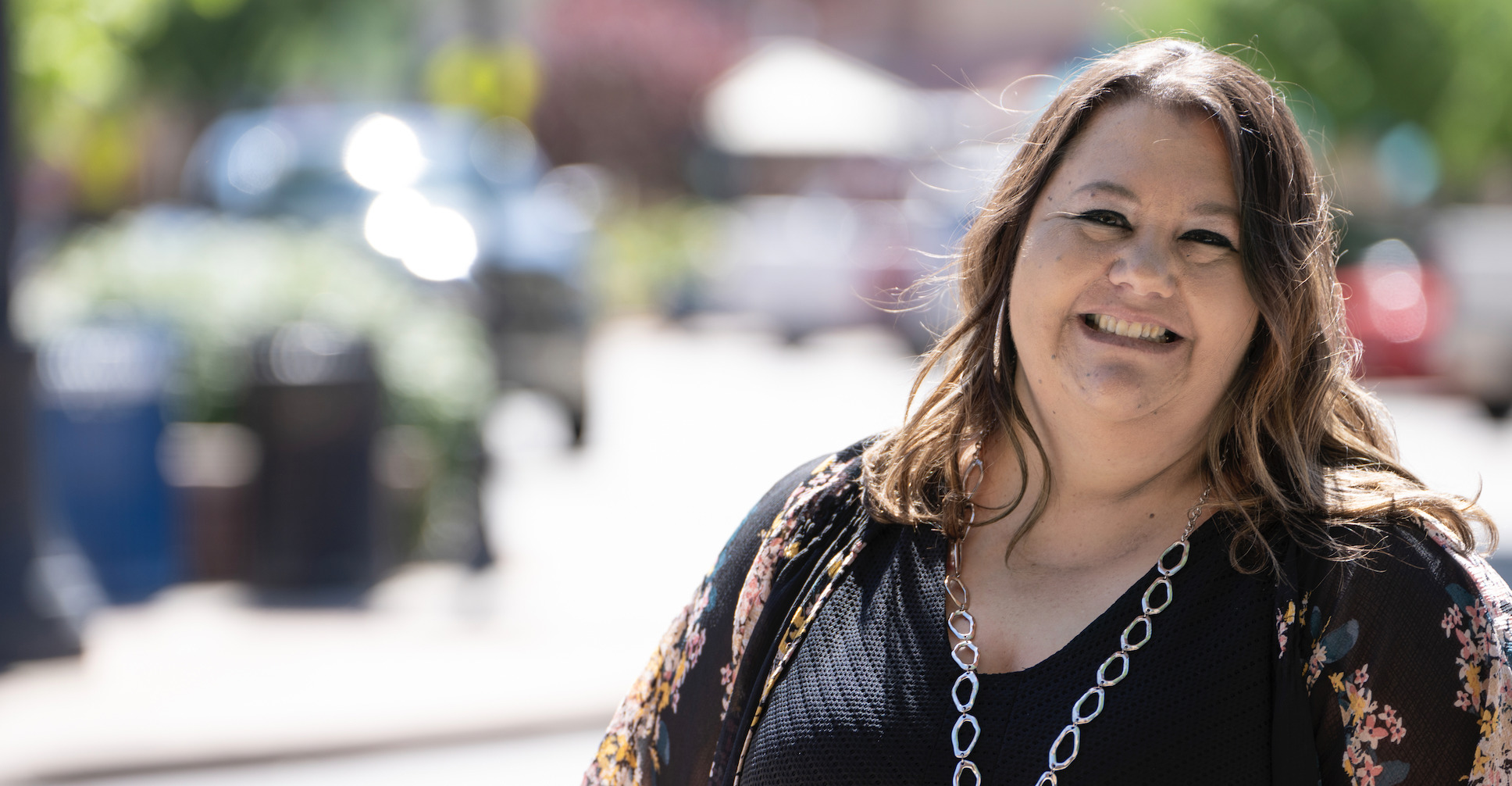 Mesa County Republicans – as well as Independent voters – will have another option in 2022 when Grand Junction resident Bobbie Gross challenges current Mesa County Clerk and Recorder Tina Peters in the June Republican primary.

Both women agreed a few weeks ago to an interview.

However, after the Colorado Secretary of State Office and the Mesa County District Attorney’s Office launched separate investigations into Peters’ conduct regarding election security, she stopped responding to emails before a date for the interview had been set.

Colorado Secretary of State Jena Griswold said Peters provided false information about the employment status of an unauthorized individual allowed into a sensitive area during a May election equipment installation, the Daily Sentinel newspaper reported.

That person, identified as Gerald Wood, was given access to information and passwords that he then gave to a conspiracy theorist who posted the information to social media. Surveillance cameras had been turned off prior to the installation and were only turned back on in August.

Gross sat down with the Colorado Times Recorder to explain why she wants to be Mesa County’s Clerk and Recorder. Gross is currently employed as a Technician for the Mesa County Treasurer and Public Trustee, a position she’s held for nearly three years.  The department processes deeds and acts as a neutral intermediate party between lenders and borrowers on foreclosure procedures. Her supervisor is former Mesa County Clerk Sheila Reiner, whose term ended in 2018 before Peters took office.

Prior to her current job, Gross, 46, worked in the clerk and recorder’s office for 13 years. She started as a frontline clerk in the Motor Vehicle Department, worked in a management position, and co-directed the 2016 election. Gross is a nationally certified elections administrator.

Peters defeated Gross in the Republican primary for the Mesa County clerk job in June 2018. Peters had no prior experience working for the county but secured the endorsements of County Commissioner Scott McInnis and then-Commissioner Rose Pugliese.

Among her reasons for wanting to return to the Mesa County Clerk’s office, Gross said, “I really love elections. I love the process. I have a passion for it. I believe I can make the office better, improve customer service. I want to make it easier for the public. We can improve services.”

“I can bring experience and support for the staff,” Gross continued. “They’ve had a high turnover; it hurts the budget, and it hurts citizens. I’ve had people reach out to me, including a couple of weeks ago, someone trying to register equipment, asking, ‘I know you don’t work there anymore but can you help?’ I give suggestions.”

Prior to working for Mesa County, Gross worked 15 years at CoorsTek in Grand Junction, a privately-owned manufacturer of ceramics used for aerospace, automotive, chemical, electronics, medical and other industries. During that time Gross attended then-Mesa State College for two years.

When she was 15, Gross and her siblings were placed in foster care, to remove them from an abusive stepfather.  At 17, she aged out of foster care and began living in an apartment with her 18-year-old sister. Gross attended R-5 High School in Grand Junction, where students attend academic classes in the morning and work at a job or attend a vocational/technical program in the afternoon.

“I was working a couple of jobs while attending R-5,” she said.

At the daycare center where she worked were two boys whose mother was and remains a Fruita policewoman. After graduating early from R-5, Gross continued to care for the woman’s children while she worked the night shift.

Gross has been married to her husband Andy Gross for 26 years and they have a 14-year-old daughter.

Peters has been surrounded by controversy since she took office in 2019. In February 2020, the Clerk’s Office announced that 574 uncounted ballots cast for the 2019 presidential primary election had been found in the drop box located directly outside the Clerk’s Office.

Peters refused to petition a district court judge to count those ballots, saying it wouldn’t change the outcome of the 2019 fall election.

Gross disagrees with that decision.

“Mistakes happen, but I would have petitioned the court to have the ballots counted,” she said. “I would have taken ownership of that. The buck stops with the clerk.

“It’s one of the reasons I decided to run again. It’s important to have a clerk in there we can trust; to be accountable, have integrity.”

The weekend following the discovery of the uncounted ballots Peters attended a MAGA rally on the Front Range.

Gross, who is a lifelong Republican, said the “position should be nonpartisan – especially during elections because you are serving all parties, all of the public.”

More than a dozen employees left the office after Peters became clerk. Many vacancies remained unfilled. An unsuccessful recall effort against Peters was launched in 2020.

Gross said she would work with other county offices to help constituents accomplish tasks in a more efficient manner. She’d like to make a “one-stop-shop” to accomplish tasks such as transferring titles of ownership.

The clerk’s office used to collect tax payments at Motor Vehicle, but stopped 12 years ago. Gross said the office could resume that function to make it more convenient for people.

“I have great ideas for Motor Vehicle to make it easier,” Gross said. “I like to solve problems.

“I know I can do a good job and that’s why I’m running. We need to bring transparency and integrity back.”

The Peters saga continues to unfold daily. On Monday, the Daily Sentinel reported that the Secretary of State found “Peters and two others entered a secure area of the Election Division in the dark of night days before a scheduled upgrade of the system in May and made two copies of a main computer hard drive in violation of security protocols.”

That information, including election management software was displayed at the voter-fraud symposium hosted by My Pillow CEO Lindell in an attempt to prove that Dominion Voting Systems election equipment can be hacked or tampered with.

Griswold decided Monday that Peters would not be allowed to oversee the election in November and is working on finding a replacement. Mesa County Commissioners are meeting tonight to consider who should run the upcoming November election.