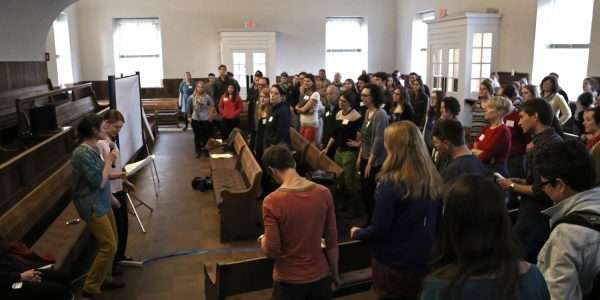 The New Yorker recently published an article about the man who single handedly began the backlash against critical race theory, Christopher Rufo. It is enlightening.

Let me call your attention to a few elements of the story.

First, Rufo began with footage of workplace diversity trainings that attendees of the trainings did not like. Second, he found loose links in these trainings back to authors like Robin DiAngelo and Ibram X. Kendi, and from those authors to critical race theory and Marxism. Third, he thought critical race theory would be an ideal villain to rile up conservatives.

Now, many of us have done diversity trainings in our jobs, schools, or communities. It’s safe to say they probably are not all equally helpful.

I teach about race at the college level, and learning about race is a long, slow process. There is no quick fix that can be completed in a two hour or half-day diversity training seminar — especially when some attendees do not want to be there.

RELATED: Don’t Be Afraid: Critical Race Theory Won’t Bite (But It May Make You Think)

The idea of reducing racism in the workplace or classroom is a good one, but that doesn’t mean every method people are using to get there is good too.

What’s absurd is Rufo’s linkage of these trainings to a few specific authors, and from there to the academic theory of critical race theory, and from there to “Marxism” and the whole world of red-baiting conservatives have been doing for nearly a century.

That’s really stretching it. It’s like saying that because birds evolved from dinosaurs, a chicken is a Tyrannosaurus rex. Hopefully, you can see why those of us who study and teach about race as an academic discipline find these false equivalencies problematic.

In academia, we don’t just read a theory and believe it is true. We assess the evidence and ask critical questions. How did the author define the terms they use? How do they measure the concepts they’re putting forward? Did they provide enough evidence to support their conclusion? Can the study be replicated with the same results?

I’ve heard science — including social science — referred to as “organized skepticism.” That’s what it is. Different academics have different theories they favor, but science is a community activity, not an individual one. Sometimes theories come into vogue for a time, and sometimes they lose favor or never catch on at all.

Academic papers begin with a literature review that explains all of the major theories about the subject at hand and highlights the supporting evidence and the critiques for each. If we can’t find the evidence to support a theory, the theory gets thrown out.

That brings me to the last part of Rufo’s strategy: using critical race theory as a villain.

As the New Yorker story recounts, he’s gone on Tucker Carlson calling it “an existential threat to the United States” that’s being “weaponized against core American values.” But in reality, he’s the one weaponizing it. “Critical race theory is the perfect villain” for conservative culture warriors, he wrote.

Clearly, it’s working. State lawmakers all over the country are now drawing up vague new laws for what can and can’t be taught about race and history in this country.

But do you want to fall for that?

Let’s see the backlash against critical race theory for what it is: a made-up moral panic against an academic theory used for political gain.

If there’s a discussion to be had about the diversity trainings, let’s have it. But don’t demonize an academic theory because it’s politically useful. If you want to kill a theory, you can use the scientific method to find evidence that disproves it — but you have to actually understand the theory first.