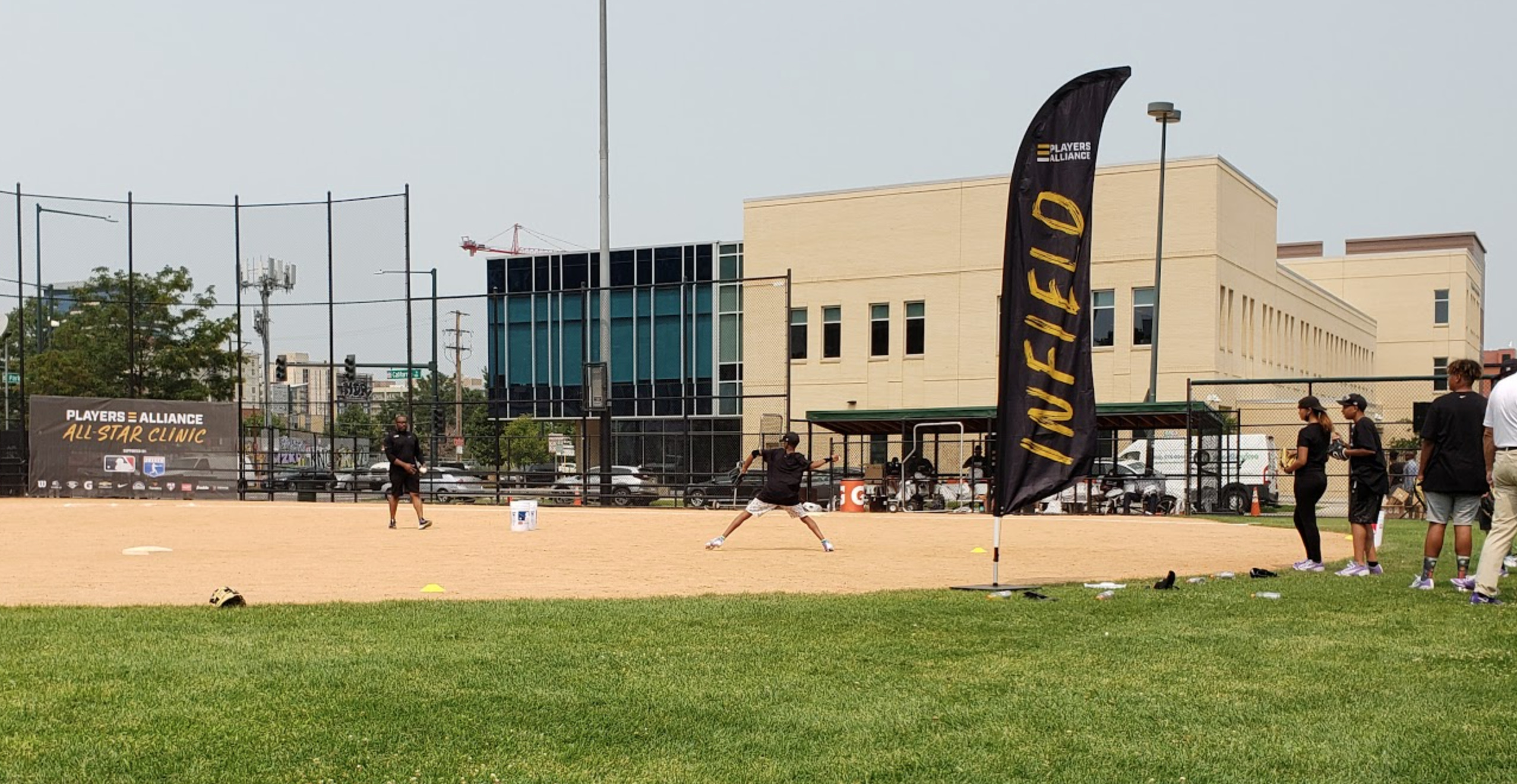 “66! Great job,” shouted World Series champion CC Sabathia to the young boy who had just hurled a baseball towards the screen in front of the Cy Young winner. His delivery had just been tweaked by another Major League Baseball All-Star, Edwin Jackson, a free agent who also has a World Series ring, as well as a no-hitter, on his resume.

Coors Field is the epicenter of Denver’s All-Star Game festivities, but for a couple hours Monday morning, it was historic Sonny Lawson field in the Five Points neighborhood that had the most MLB star power in the city.

Sabathia and Jackson, along with former Detroit Tigers star Curtis Granderson Jr., run The Players Alliance, a nonprofit dedicated to “creating an inclusive culture within baseball and the community, where differences are leveraged to elevate racial equality and provide greater opportunities for the Black community.”

The organization includes over 140 current and former Black players who take personal time to conduct outreach events designed to increase diversity within the sport and strengthen baseball’s connections to the Black community. The group also has a pair of advisory committees, one for owners that includes the Rockies’ Dick Monfort, and one for front office executives. The group’s purpose is two-fold, increase diversity in baseball, where Black players and staff have been shrinking in numbers for years, but also address the longstanding issue of racial injustice not only in the game but in the communities of players and fans alike.

As part of MLB’s All-Star Game events, the group hosted a youth skills clinic for deserving neighborhood children. The hundred or so kids–nearly all of whom were Black or Latino–rotated through stations set up across the field. At each one, some of the most talented baseball players in the world helped the youngsters practice their throwing, catching, and hitting.

At the infield station, kids fielding ground balls had a large target in Derrek Lee, a three-time Gold Glover who showcased his talent by scooping numerous balls thrown with more enthusiasm than accuracy.

Sonny Lawson Field itself has as impressive a baseball history as the ballplayers do. Built in 1888, the diamond at Park Ave and Welton was home to the Denver White Elephants, an all-Black semi-pro squad considered “the best team in the Rocky Mountain West” in the ’20s and ’30s. They often played against all-white teams, and in 1934 Denver’s robust baseball community eventually hosted the nation’s first integrated tournament.