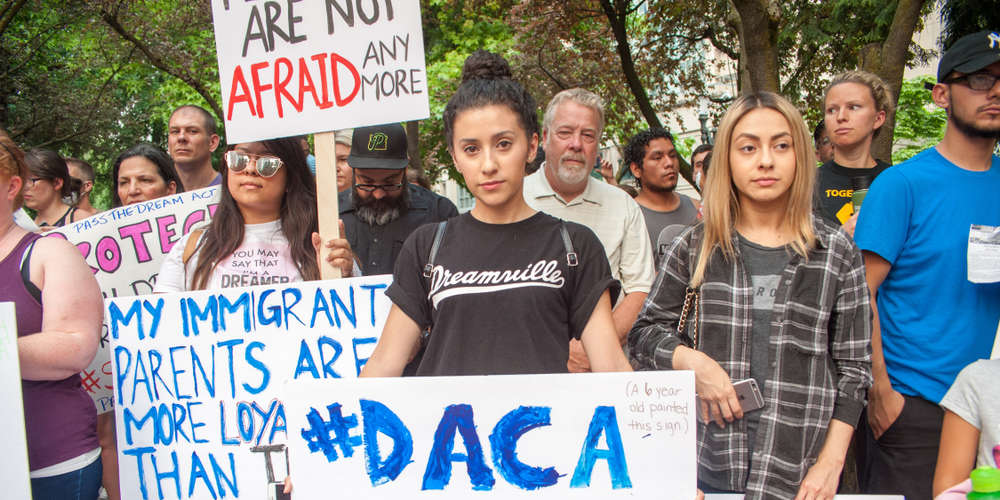 Last week a federal judge declared Deferred Action for Childhood Arrivals (DACA), the Obama-era program that protects immigrants who were brought to the U.S. as children from deportation, unlawful. While the Biden administration has promised to appeal the decision, Colorado immigrant advocacy groups said the ruling illuminates the need for lasting immigration reform in Congress.

Democratic lawmakers in Congress agreed to a budget reconciliation package last week that funds a potential pathway to citizenship for up to 10 million people.

The DACA ruling did not end DACA status or renewals for those already in the program, but it does prevent new applications from being processed and approved. Over 600,000 people are currently protected by DACA, but around 81,000 first-time DACA applicants are now in limbo because of the decision.

Lisa Durán, executive director of the Colorado Immigrant Rights Coalition (CIRC), an immigration advocacy group, labeled the judge’s decision as a vindictive and cruel attack on immigrant youth and their families.

“We are outraged at Friday’s decision that once again attacks the DACA program and puts hundreds of thousands of lives in jeopardy of exploitation and deportation,” Durán said. “This decision places legal technicalities over justice and family values.”

“The DACA program has allowed me to seek employment and finally feel some relief from deportation,” Ibarra said. “It is a critical program that has been a lifeline for hundreds of thousands of Americans like me. However, we know that the program was always intended to be a temporary fix, and not a permanent solution. It is our elected leaders in Congress who have failed again and again to pass comprehensive legislation to create full protections and a pathway to citizenship for DACA recipients and all undocumented immigrants in the United States. We cannot continue to rely on the whims of federal courts for our lives, Congress must act now and create a permanent solution for all.”

The Rocky Mountain Immigrant Advocacy Network (RMIAN) is offering free consultations to those applying for DACA protection or renewals and is encouraging those with questions in light of the federal ruling to contact them. Hiroshi Motomura, an RMIAN board member, echoed Ibarra’s calls for Congress to create a clear path to citizenship.

“DACA is an essential part of U.S. immigration law,” Motomura said. “And DACA recipients have, for nine years, made tremendous contributions to this country. It’s imperative that the Biden administration take all steps to preserve and strengthen DACA, and even more importantly, that Congress act to give DACA recipients a clear path to lawful permanent residence and citizenship.”

The immigration funding included in the budget reconciliation package would provide a path to citizenship for DACA and TPS (temporary protected status, mostly given to those who face safety risks if deported to their home countries) as well as agricultural and essential workers.

Reconciliation would allow for Democrats to bypass the Senate’s 60-vote filibuster to pass funding for some of their top priorities like free school meals, cheaper prescription drugs, and immigration reform. However, the budget would still have to be approved by the Senate parliamentarian.

Reconciliation provides the last chance for Democrats to pass meaningful immigration reform due to the Senate GOP filibuster tactics.

Durán called on Colorado’s Congressional delegation to support the immigration funding in the budget reconciliation.

“We call on the Biden administration and Congress to uphold the values of justice and inclusion that strengthen communities for everyone and act now to create a path to citizenship,” Durán said. “We call on our Colorado Senators John Hickenlooper and Michael Bennett to vote to pass the reconciliation package introduced this week which would finally provide permanent protections to DACA recipients.”

U.S. Sens. Michael Bennet (D-CO) and John Hickenlooper (D-CO), as well as Gov. Jared Polis (D-CO), all expressed support for the inclusion of immigration funding in the budget package.