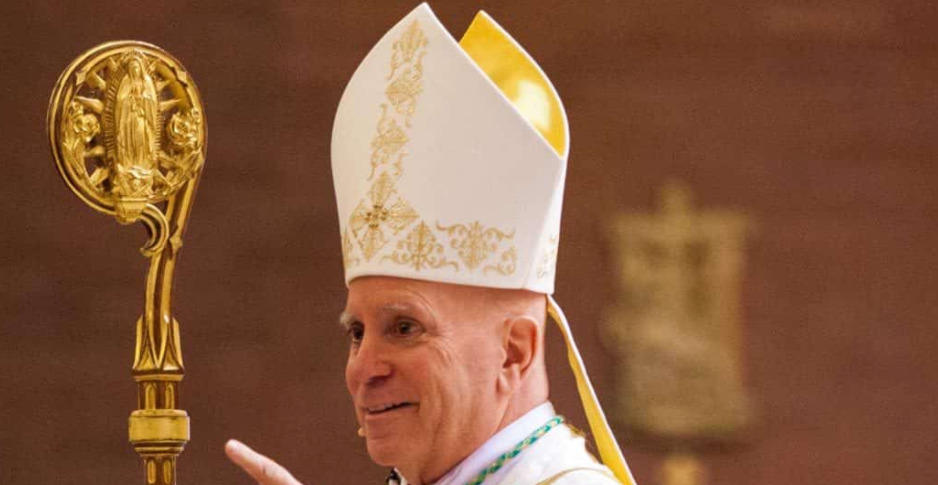 In an opinion article published last weekend, Denver’s Catholic archbishop wrote that for years he’s been urging Catholic politicians not to take Communion if they hold “immoral political positions,” not just on abortion but “other issues” as well.

“To add another layer to this, many bishops – including myself – have been privately dialoguing with Catholic politicians on abortion and other issues for years, urging them to refrain from Communion if they won’t change their immoral political positions,” wrote Denver Archbishop Samuel Aquila on July 2.

The statement came as a surprise given that Aquila and other U.S. bishops are on the verge of demanding that President Biden, who’s Catholic, stop taking Communion due to his pro-choice stand, while ignoring other politicians who may be voting against the Catholic church on other issues, like immigration or poverty concerns.

But Aquila’s article didn’t specify which “immoral political positions,” other than being pro-choice, constitute such grave public sins that they put politicians and others in a “state of not being able to receive Communion.”

Asked to list the political views on “other issues” that Aquila considers Communion dealbreakers, Mark Haas, Director of Public Relations for the Archdiocese of Denver, said the “details on those private conversations remain private.”

Haas explained the holy Communion, also called the Eucharist, is the “true presence of Jesus Christ – body, blood, soul and divinity,” so taking Communion is an extremely important and serious act for Catholics.

Haas pointed to a quote from Aquila stating that baptized Catholics “are endangering their souls by receiving Communion in a state of grave sin, whatever that grave sin is.”

“And so at the heart of all of this is to restore greater belief in the tremendous gift that is the Holy Sacrifice, and to help all Catholics, including Catholic politicians, align their lives with the fullness of the Gospels, and not just pick and choose which parts they will follow,” wrote Haas.

But as a writer, I told Haas, I’m looking for specific practical examples and consistency. Aquila mentions abortion by name as an issue that he sees as a cause for not receiving the Eucharist.

Why not name a few other issues that would also put a politician in a state of sin that should, according to the bishop, lead the politician to refrain from taking Communion, I asked Haas, listing as possible examples the death penalty, immigration, and feeding and housing the poor.

In response, Haas pointed to a quote from Aquila that public officials are “particularly unworthy” of receiving Communion if they “persistently govern in violation of the natural law, particularly the pre-eminent issues of abortion and euthanasia, the taking of innocent life, as well as other actions that fail to uphold the church’s teaching regarding the dignity of life.”

Haas later sent multiple quotes from Aquila citing abortion and euthanasia as the top issues, including one quote that read, “We are also clear that the preeminent concern, and the place dignity begins, is with the unborn child and the dying – at the beginning of life and at the end of life. If dignity does not exist at those two points – at the beginning and the end – it will not exist in between.”

“Now, I understand you want to make a list, but many of the other issues you bring up are not as clearly defined as taking the life of an unborn baby or assisting someone in the taking of their own life,” wrote Haas, pointing out that on immigration, the church believes “‘people have the right to migrate to sustain their lives and the lives of their families;'” a “‘country has the right to regulate its borders and to control immigration;'” and a “‘country must regulate its borders with justice and mercy.'”

The immigration issue has “nuance, and room for legitimate discussion on what policies best achieve the common good,” wrote Haas.

But what about a vote to give Dreamers already in the U.S. a path to citizenship? What’s nuanced about that?

Is the death penalty more nuanced than euthanasia and abortion?

Haas said I was “trying to nitpick at what was and wasn’t said in one column,” and that Aquila is, in fact, thinking more broadly and “actually using this as a teaching moment for the entire Church.”

So we’re forced to speculate what issues Aquila was thinking of when he wrote that it’s not just the abortion issue that leads him to advise politicians not to take Communion but other issues as well.

For Aquila, you’d guess that politicians advocating for LGBTQ rights and for euthanasia would be on the no-Communion list. Aside from abortion, Aquila appears to spend the most time–at least publicly–fighting against LGBTQ rights. He’s organizing his parishioners to “heal” LGBTQ people. He’s spoken out against the death penalty as well.

But we don’t know what his Communion dealbreakers are for politicians.

As for feeding and clothing the poor, housing the homeless, caring about the environment, welcoming immigrants, Aquila is mostly quiet.

Instead of talking about these issues in his July 2 article, he accuses Catholic lawmakers who challenged his campaign to deny Communion to President Biden of “deflecting blame for the situation” and “weaponizing the Eucharist.”

“Instead of accepting their own responsibility to understand and follow Church teaching, these politicians are the ones who are ‘weaponizing the Eucharist’ by insisting that they remain in good standing despite publicly committing grave sins and continuing to receive Communion,” wrote Aquila.

For Aquila, it’s basically all about abortion, which divides mostly along partisan lines and is embraced by GOP politicians who undermine many of the other political positions that the Catholic Church claims to stand for.

How Aquila can look at the world, with so much misery and inequality, and see one “pre-eminent” issue, he doesn’t say.