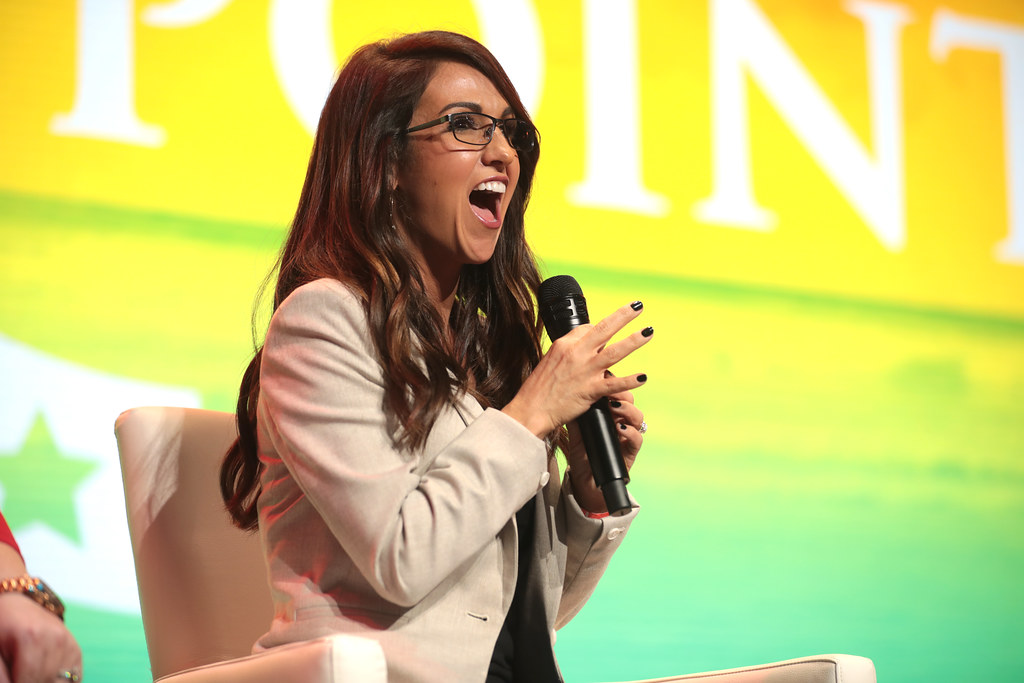 Those who follow U.S. Rep. Lauren Boebert’s (R-CO) presence on social media know that she often propagates stories and links from news outlets across the right-wing spectrum, from those as mainstream as Fox News to more extreme organizations like Breitbart.

Among the most fringe of these outlets is The Epoch Times, which has become infamous in the past year as an agitator of right-wing conspiracy theories.

Founded in 2000, The Epoch Times is a right-wing news outlet known for its fervent anti-communist bent, most often targetting the Chinese Communist Party (CCP). Epoch has a deep-rooted connection to Falun Gong, a spiritualist movement that, according to The Atlantic, was banned in China in 1999.

Since its founding, the outlet has been notable for its vociferous anti-CCP stance. With COVID-19 emerging in China in late 2019, The Epoch Times has latched onto theories that the Chinese Communist Party was responsible for the pandemic. It flourished in the U.S. following two key decisions: embracing former President Trump’s campaign and investing heavily in Facebook advertising.

In the past year, The Epoch Times’ reporting has run the gamut of typical reactionary conspiracizing, including claims of fraud in the 2020 Presidential election, calling the January 6 insurrection a ‘false flag,’ and assertions that COVID-19 was developed in a lab by the CCP — all of which have minimal basis in fact. It has also traveled far off the beaten path, with one article claiming that COVID-19 was actually divine retribution against the CCP and its allies.

Simon van Zuylen-Wood writes in the Atlantic that “conventional descriptions of The Epoch Times don’t adequately capture the singular mix of straight news, religious belief, conspiracy-peddling, Sinophobia, science denialism, legitimate grievance, and political expediency at the heart of the institution.”

In the American political sphere, China has often served as a convenient boogeyman that politicians from both sides of the aisle can use to lambast their opponents. This, combined with The Epoch Times’ propensity for right-wing misinformation, makes its writings politically convenient for GOP lawmakers like Lauren Boebert.

Boebert previously paid homage to The Epoch Times in a controversial Montrose town hall back in March. There, she asserted that she knew of an insider with the Trump administration who had been in talks with The Epoch Times regarding the supposed upcoming arrests of several prominent Democratic officials.

In short, this misinformation ties back to baseless QAnon-linked speculation about former president Trump secretly fighting a shadowy cabal of villainous Democrats during his term in office.

Since then, Lauren Boebert has promoted The Epoch Times on her Twitter account on at least four different occasions.

Two of them focus on Epoch’s run-of-the-mill articles denouncing the CCP.

The first post, made on March 22 – only a week after the aforementioned town hall in Montrose – linked to an article posted by The Epoch Times earlier that day. The article claimed, based on flimsy evidence, that Facebook was running advertisements for multiple businesses selling hair supposedly harvested from Uyghur Muslims.

The only source it provided for this claim was a low-resolution screenshot of a Facebook message in which a business supposedly admitted to selling Uyghur hair. On its own, this is far from reliable; numerous free apps exist that allow one to easily create fake Facebook messages.

Previously, Facebook has severely cracked down on The Epoch Times, with the social media titan banning Epoch from its platform in July 2019, as well as several decoy accounts Epoch made to bypass the ban.

On May 3, Boebert posted a link to the article “Chinese Leader Xi Jinping Lays Out Plan to Control Global Internet: Leaked Documents,” with the caption, “This is what is happening under Biden’s weak and ineffective leadership.” The article had been posted by Epoch one day prior.

The article went on to claim that the Chinese government is in the process of enacting a plan to fully control all speech on the internet and “[displace] the influential role of the United States.” Its source for this claim is “internal government documents recently obtained by The Epoch Times.” It does not make these documents available for readers.

Such fearmongering about China encroaching upon the American way of life has been linked to a drastic increase in hate crimes against Asian Americans, especially in the past year as states implemented public health restrictions to prevent the spread of the coronavirus. The Epoch Times dismissed anti-Asian hate crimes in its reporting on the issue, citing right-wing academics who argue the trend is overblown, or a product of of a general increase in crime, a claim unsupported by federal data.

The two most recent Epoch Times articles Boebert has promoted have two things in common. First, they both showcase a more benign side of The Epoch Times‘ journalism, focusing on relatively minor policy issues.

Second, both articles mention her by name, with The Epoch Times even going so far as to tweet the articles at her.

On May 14, The Epoch Times published an article spotlighting Boebert’s disparagements of critical race theory, quoting her as saying, “This radical theory brings division, not unity.”

The article boosts Boebert’s call to action for anyone concerned about critical race theory: “Get involved at the local level, show up to your school board meetings, listen to what is taking place, have an opinion on the curriculums [sic] that are being taught to our children.”

The quote leaves out the fact that critical race theory is not typically taught in K-12 schools.

More recently, on June 25, The Epoch Times promoted Boebert again, after she led GOP lawmakers in a vote to censure U.S. President Biden over his supposed negligence on border policy.

The Colorado congresswoman retweeted both these articles.

Boebert is not the only Colorado lawmaker to promote — or be promoted by — The Epoch Times.

Back in April, Buck invited Dr. Dana Cheng, a founding member of The Epoch Times, to be a guest on his podcast. There, he compared mainstream U.S. media’s treatment of Epoch to China’s Cultural Revolution.

The relationship between the GOP and Epoch Times has become a symbiotic one. By promoting these outlets, Republican lawmakers lend them legitimacy and increase the audience for their political talking points du jour. Meanwhile, from the paper’s perspective, positive coverage of the GOP’s message, even if it means promoting dubious claims or debunked conspiracies, creates fodder for a conservative audience that loves to share such content.

And that is far from the only consequence. As long as The Epoch Times propagates misinformation, not only will it continue to fuel anti-Asian hatred in the U.S., but vaccine hesitancy and dangerous COVID conspiracies as well.