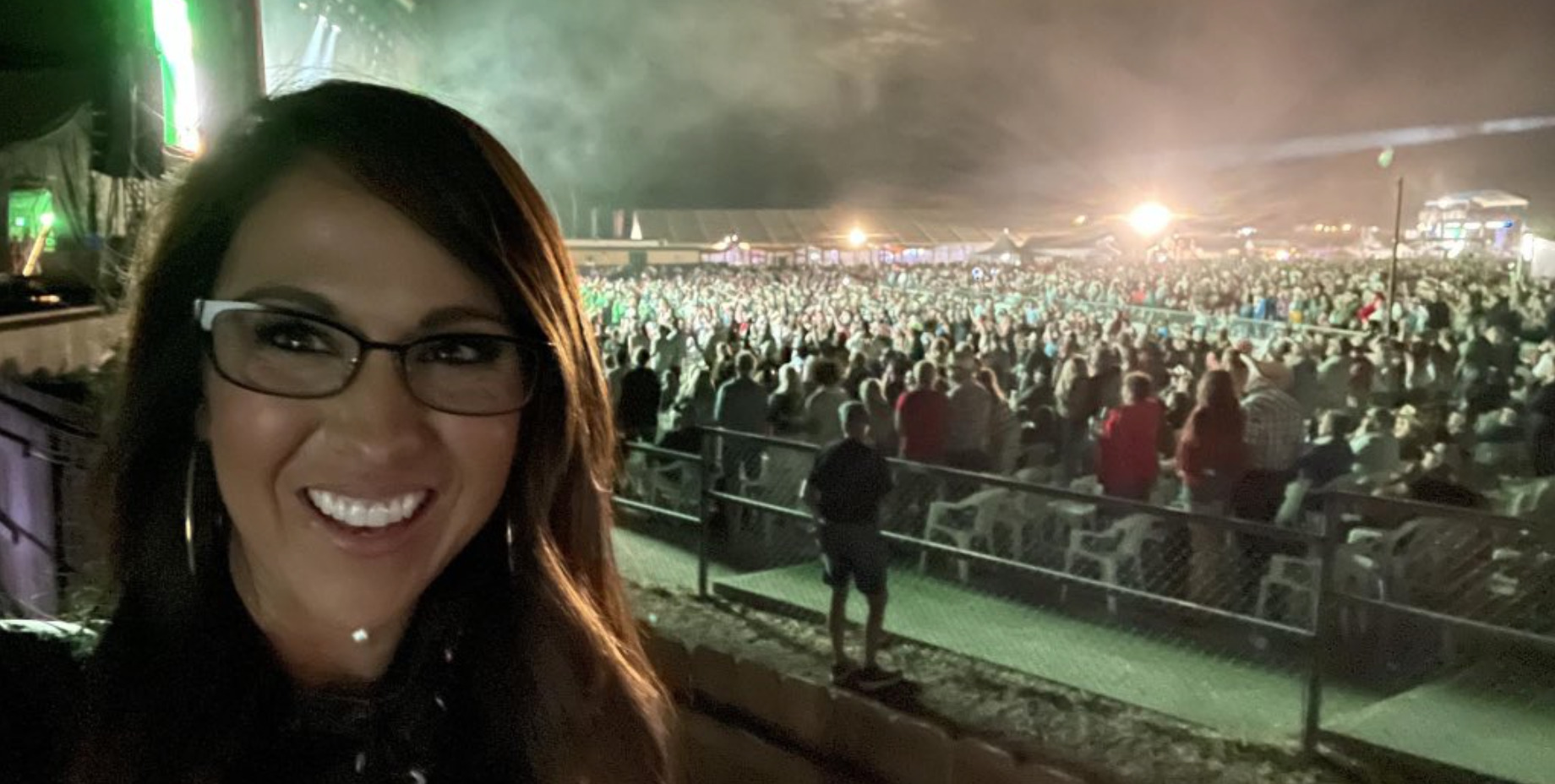 Congresswoman Lauren Boebert (R-CO) isn’t showing any signs of worry about rising COVID cases in her district–or about a COVID outbreak that occurred at a music festival she attended during the last week of June.

“Great night at the Country Jam in Grand Junction, Colorado!” tweeted Boebert June 26, along with photos of herself and the crowd at the concert.

Country Jam, an annual event, is where Boebert was arrested in 2015 after telling arresting officers that they would be hearing from her “friends” at Fox News and after she encouraged juveniles to flee police custody at the scene.

Today, as first reported by Westword, Colorado public health officials are calling Country Jam a COVID-19 outbreak site, with four staff members and 13 attendees contracting the virus there so far.

Boebert has been largely unconcerned about the pandemic in her district, essentially campaigning on a platform of downplaying the danger of the virus.

Her behavior during the campaign was criticized by public health officials.

RELATED: Read the Police Report on Boebert’s 2015 Arrest at the Country Music Jam

Both before and after this year’s music festival, health officials were concerned about the spread of the COVID-19 in Mesa County, where the festival took place, as hospital emergency rooms were filling up and local residents were lagging getting vaccinated in comparison to other parts of Colorado.

Yet, despite attending the concert and the alarming news reports about Covid in Mesa County, Boebert hasn’t acknowledged the seriousness of the situation in her district.

The Congresswoman’s most recent tweets on COVID took a shot at President Joe Biden for deploying his “Needle Nazis to Mesa County” and accused Dr. Anthony Fauci of “bullying” people into getting vaccinated against COVID.

“The people of my district are more than smart enough to make their own decisions about the experimental vaccine and don’t need coercion by federal agents,” Boebert tweeted today. “Did I wake up in Communist China?”

The Biden Administration is launching a program targeting areas, like Mesa County, where the virus is spiking and vaccine hesitancy is high. The vaccination rate in Mesa County has stalled at about 45%.

The surge is due, in part, to the rise of the Delta variant, which is considered to be a 50% more contagious variety of COVID-19 than the strain of the virus that previously dominated Colorado.