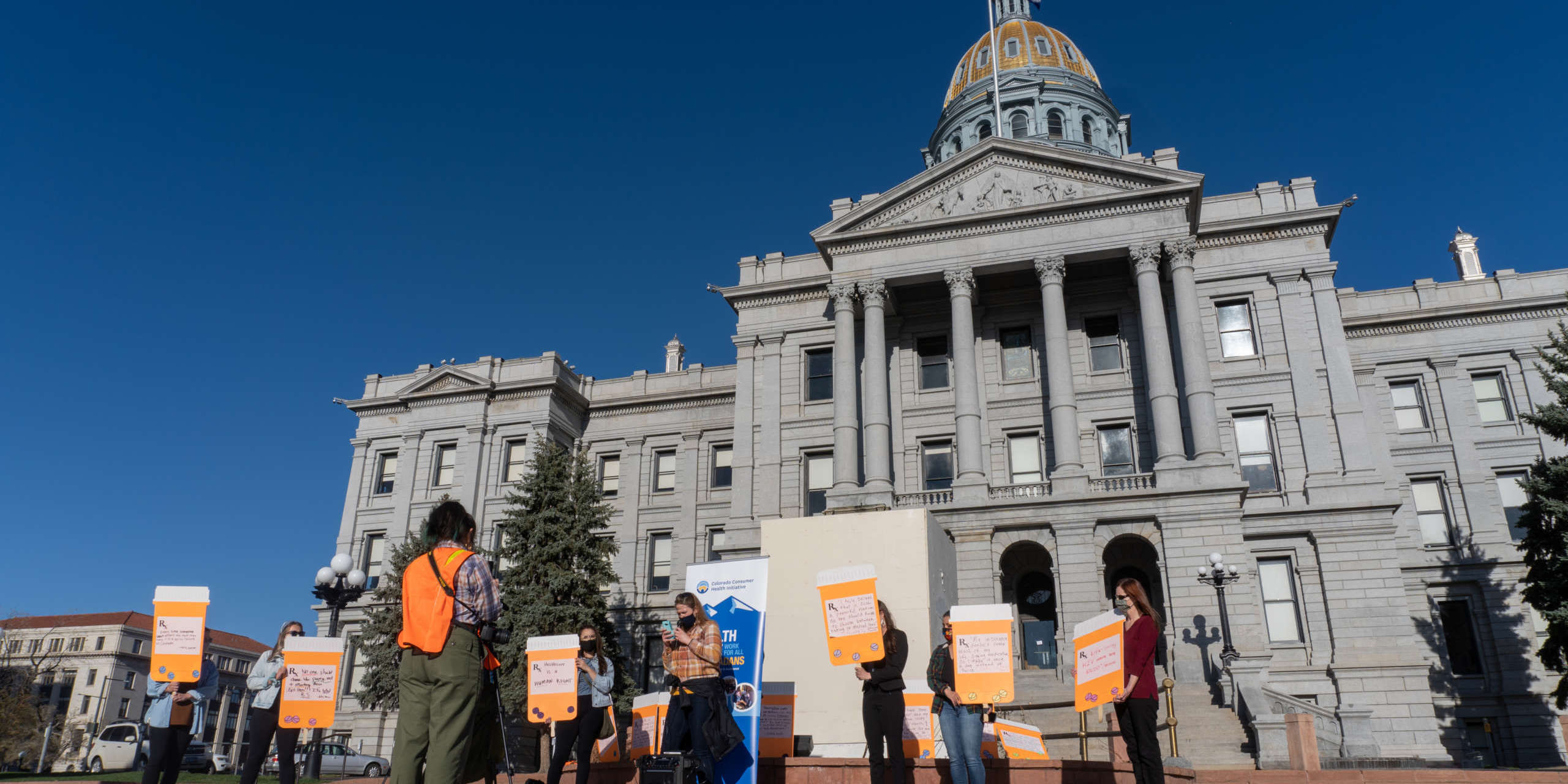 The pharmaceutical industry spent over $1.4 million in Colorado during the state’s 2021 legislative session, which wrapped up in June. Big Pharma’s spending outpaced the oil & gas industry, the insurance industry, and other big lobbying clients during that time span.

Below is a graph showing how spending by the pharmaceutical lobby compares to spending from some of Colorado’s top lobbying industry clients during the 2021 legislative session.

Big Pharma is classified by lobbying and campaign finance tracing website OpenSecrets as a group of pharmaceutical companies like Pfizer, Novartis, and Sanofi as well as coalition groups designed to influence policy like the Pharmaceutical Research and Manufacturers Association (PhRMA).

While lobbying in Colorado, these multinational companies are joined by state groups like the Colorado Bioscience Association (CBSA), a group representing bioscience companies across the state.

The pharmaceutical industry is also the leading lobbying industry at the national level and has been every year since 1999, according to OpenSecrets.

This year, Big Pharma is breaking its own records when it comes to lobbying in D.C. as Democrats try to push forward legislation concerning prescription drug prices and health care reform.

One national group included in the pharmaceutical industry category is the Partnership for America’s Health Care Future (PAHCF), a 501(c)4 nonprofit “dark money” group that broke lobbying records in Colorado this year. PAHCF lobbies and funds ad campaigns against health insurance policies like Medicare for All and some public option plans, such as the heavily amended one passed in Colorado earlier this year.

To see this visually, and to conceptualize exactly how much PAHCF poured into lobbying in Colorado, here is a graph subtracting PAHCF’s total from Big Pharma’s.

In 2019 and 2020, PAHCF successfully lobbied against Colorado Public Option bills and hammered swing states with ad campaigns against “Medicare 4 All” plans during last year’s presidential election.

The group did the same in Colorado this year but failed to kill the bills it was lobbying against most heavily. PAHCF spent over $1 million on ad campaigns in Colorado, dwarfing the lobbying and ad spending from supporters of health care reform bills.

What Was Big Pharma Lobbying Against?

The 2021 legislative session was a busy one. Colorado’s Democrat-controlled House and Senate passed 502 bills in 2021, and 45 of them were categorized as relating to health care.

The two bills that drew the most ire from the pharmaceutical industry were HB-1232, a bill intended to create a public health insurance option in Colorado, and SB-175, a bill creating an independent board to oversee prescription drug pricing.

It was not only Big Pharma, hospitals, and insurers fighting against these bills. The D.C.-based Taxpayers Protection Alliance funded a $300,000 ad campaign in Colorado opposing the public option.

However, the “Colorado option” bill passed, albeit heavily amended, so much so that it lacks any actual “public option.” Instead, the law requires insurers to offer a new lower-cost plan by 2022. And the prescription drug board passed as well, making Colorado the first state with the capability to set upper price limits on prescription drugs.

“The Partnership continues to have serious concerns with the rate-setting legislation,” Crawford Shaver said in the statement. “As lawmakers have now rushed this poorly designed rewritten legislation to passage without proper actuarial analysis, the end result is nothing new or innovative, just more bad policy – rate-setting measures that could shift costs onto providers, increase costs for patients and reduce coverage options for Coloradans.”

Jennifer Jones Paton, president & CEO of the CBSA, had similar concerns with the prescription drug board bill.

“We support policies that improve coverage, allow patients to receive groundbreaking treatments, and return savings directly to patients. This legislation does not achieve those goals,” Jones Paton said in a statement to the Colorado Times Recorder. “State-mandated payment limits would adversely impact health care providers in our state, limit patient access to the very medicines subjected to the UPL, and diminish the ability of Colorado life sciences companies to raise money to fund research, development, and commercialization of new therapies.”

However, polling showed that a majority of Colorado voters supported the health care reform pursued by the state legislature this session. Last month, when Gov. Jared Polis (D-CO) signed the Colorado option and the drug board bill into law, Colorado Consumer Health Initiative (CCHI) deputy director Adam Fox explained why he supported the two policies. CCHI is a health care advocacy group that supported a prescription drug review board for Colorado.

“Tonight, Colorado families — especially those facing sky-high costs of the most expensive drugs and those buying insurance on the small-business and individual markets — will sleep a little easier thanks to the Colorado Legislature and Governor Polis,” Fox said. “These two major policies, with many other amazing bills this session, cement Colorado’s leadership in health care.”