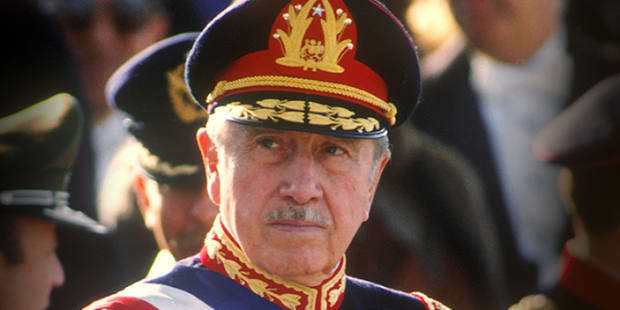 On May 27, the Colorado Times Recorder published “John Birch Society Speaker Defends Chilean Dictator Pinochet to Colorado Conservatives” by Erik Maulbetsch. It is riddled with fallacies and it’s obviously just an excuse to try and smear the JBS, further evidenced by the long list of unrelated topics it meanders into at the end. The article seems to have been written from the end (JBS is bad) going backward.

Maulbetsch’s story mischaracterized JBS field coordinator Leah Southwell’s presentation. Anyone who hasn’t seen it would probably believe, based on this article, that she travels the country with the purpose of convincing people that former authoritarian Chilean president General Augusto Pinochet “wasn’t such a bad guy.”

Southwell was living in Chile in 2019 when chaos broke out, ignited by a public transportation price hike. The scene in many ways resembled recent unrest in the United States—young people destroying public infrastructure, attacking police, and yammering anti-capitalist slogans based on grievances of purported inequality.

Southwell’s presentations warn of the dangers of Marxism. They are not a Defend Pinochet tour. She invokes Chile because it’s a good example of the detrimental effect of Marxism and the ideology’s consistent partnering with destruction. And you can’t talk about Chile today without talking about Pinochet’s influence.

Here are some facts. Gen. Pinochet came to power in 1973 after the Chilean congress asked the military to remove President Salvador Allende, who brought the country to its knees with socialist policies. Chileans overwhelmingly supported the coup, as the situation was dire. It was bloody. Thousands of people died. In the melee, Pinochet also expelled communists from Chile.

In the upcoming years, with Pinochet in charge, Chile implemented free-market principles that resulted in a nation that not only recovered but began to economically thrive. By the time Southwell moved to Chile about 10 years ago, it had consistently grown in prosperity and freedom and was considered among the best Latin American countries to live in. That’s why she moved there.

Maulbetsch’s article is a hit piece that caricatures Pinochet as the epitome of evil in order to smear The John Birch Society because we acknowledge the verifiable, and perhaps inconvenient, fact that Pinochet saved Chile from economic disaster wrought by a socialist president. Southwell is not a fan of authoritarianism — or even Pinochet. She is, however, fond of national prosperity and freedom. Her sin, according to CTR, is acknowledging the role Pinochet played in rescuing Chile.

Interestingly, not one expert Maulbetsch cites in his story presents nuance. This is a clear sign of crusader reporting. With a highly complicated topic like this, the reporter could’ve easily dialed up at least one expert who acknowledges the nuanced truth. Here are two we found after 45 seconds on the internet. From Robert Packenham and William Ratliff of Stanford’s Hoover Institute:

“The historical record is clear. President Pinochet and his civilian advisers, after an elaborate and lengthy process of deliberation and decision making in 1973–1975, in which various alternative courses of action were considered, put in place the radically new set of market-oriented structures and policies that have been and remain the foundations of Chile’s subsequent three decades of economic and social development.”

One of CTR’s cited experts, Jack Devine, was a CIA officer at the time of the bloody transition. He said a peaceful transfer of power would’ve been ideal. Maulbetsch’s intent is to hammer Southwell for suggesting things came out as well as they could, all things considering.

A peaceful transfer of power is always ideal. Remarkably, Devine didn’t mention the documents and cache of weapons found after Allende was overthrown indicating that he planned to stage his own coup and slaughter the opposition — and stay in power. Devine’s comment is especially unfortunate considering he was working for the best-funded intelligence agency in the world.

Maulbetsch also erroneously wrote, “Southwell noted the expulsion of 200,000 Chileans as proof that Pinochet simply wanted to rid the country of political opposition, only killing those he had to.” That’s not what she said and it’s not what she implied. The expulsion was not about ridding his opposition. It was about ridding the country of a political philosophy that has caused governments to kill between 100 and 200 million of their own people. Communism has proven a cancer that eats away any society in which it spreads. Communism’s death toll far eclipses that of the 1973 Chilean coup d’état. It’s not even close.

Another of CTR’s cited experts, Jennifer Cyr, a political science professor in Buenos Aires, Argentina, says that Pinochet “changed the constitution, setting up a political system that over-represented conservatives.” The way she tells it, a reader may wrongly conclude Pinochet changed it without the say of Chileans. However, the facts are that in 1980 Chileans voted two-to-one to approve a new Constitution, and the continuance of military rule for eight more years while the government transitioned to a democratic one. Many people, including two ex-presidents, helped draft the Pinochet constitution. Later, following his defeat in the 1988 ballot which the military government planned, organized, and staged as it had it would, Pinochet agreed to negotiations with the united left opposition, which led to 54 amendments to that Constitution. Eighty-five percent of the Chilean people voted in favor of those changes.

Maulbetsch targeted Southwell’s presentation to attack the John Birch Society. Amazingly, he even connects us to neo-Nazis. It’s a laughable and unimpressive attempt that betrays any façade of objectivity the reporter may wish to portray, given there are no links. He even inserts some nonsense about apparel worn by other groups in his crosshairs.

JBS has never advocated for or been connected to violence. JBS is dedicated to individual liberty for everyone and national sovereignty. We see collectivism as a main threat to humankind, a concern repeatedly validated by history. We work to educate and organize people to work within the established electoral system to fight collectivism. We welcome all people of good character to join us in the battle for freedom.

Paul Dragu is the communications director of The John Birch Society, based in Appleton, Wisconsin.