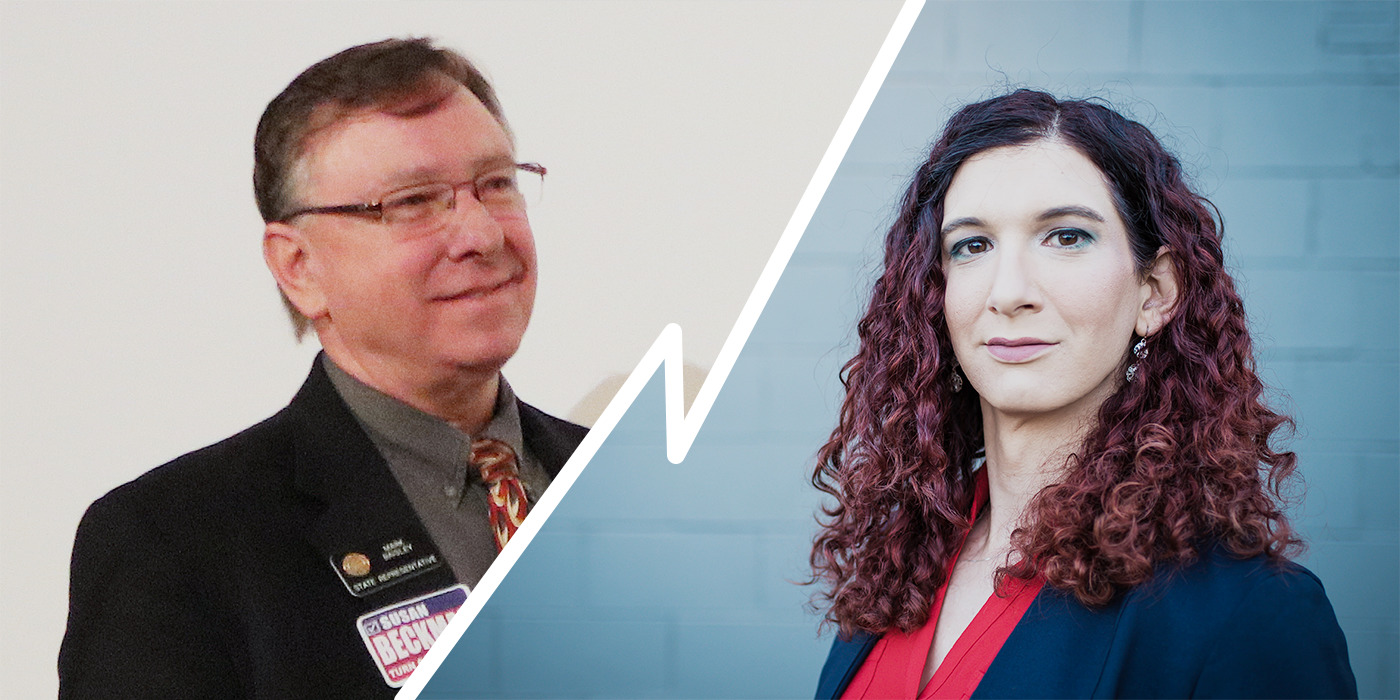 As Colorado’s 2021 legislative session wound down over the last few weeks, two bills stood out as a mark of bipartisanship and collaboration during a session often marked by ideological conflicts.

Titone and Baisley have much in common. They’re on two House committees together and both have backgrounds in the tech industry. Titone is a geologist and a software developer who has two bachelor’s and two master’s degrees in science and technology. Baisley has an aerospace engineering background and is president of an engineering software firm.

The two have connected over their common interest in technology. When Baisley asked Titone to co-sponsor a bill making the online process to find and comment on public rules more user-friendly, she enthusiastically agreed.

“It will help keep businesses and people in the loop because we change stuff a lot,” Titone said, “This will help businesses keep up with changes in their industry.”

Baisley said it made sense for Titone to sponsor the bill with him.

“It should come as no surprise that the two bills that we jointly sponsored this year are technology bills,” Baisley said. “It is easy for people of disparate social perspectives to agree on solutions to technical challenges. We both strive for efficiencies in both technology and cost.”

The “disparate social perspectives” Baisley mentions is why one might be surprised to see him and Titone sponsoring a bill together.

Titone is known for helping schools offer menstrual hygiene products in their restrooms and for being the first openly transgender lawmaker in Colorado history, one of just seven trans or non-binary state legislators in the United States.

Baisley is known for his litany of offensive comments such as comparing a salon owner defying COVID rules to Rosa Parks, echoing replacement theory and eugenics rhetoric, and labeling those who focus on the implications of racial identity as “obsessives.”

“I have joked with her, ‘How can you be so right with technology and so wrong with regards to social matters?’” Baisley said.

“I could say the same thing about him!” Titone responded with a laugh.

Baisley said that despite the differences in their stances on some social issues, he still considers Titone a friend.

“I fully enjoy working with Representative Titone for a myriad of reasons: her technical savvy, her reason, and her clever wit,” Baisley said. “We are colleagues and we are friends.”

Baisley has mentioned his and Titone’s friendship before. In a Colorado Public Radio article in May, Baisley said Titone was one of his closest friends in the legislature.

Titone explained how she felt about that claim.

In 2019 Baisley voted against a sexual education bill that banned teaching gender stereotypes in schools and against a measure making it easier for transgender people to change their birth certificate.

During the 2021 session, Baisley voted against a bill amending the state law on sexual discrimination, expanding the definition of sexual orientation to include gender expression and gender identity.

“We need not be in fear for our speech, which is protected by the U.S. Constitution,” Baisley said during the debate.

In the past, Titone and Baisley have talked about their differences. Titone says when she talks with people with different perspectives from herself, she always starts by finding a common ground.

“There’s more than one path to a result,” Titone said. “The way I approach it is by not being as direct with the topic. And just by being a human being with another human being interacting with each other. Then it’s about hoping that that interaction is enough to alleviate any prejudices people have about trans people.”

Titone says she is strong in her beliefs, but, like Baisley, her work is guided by her sense of responsibility to her constituents. The most important thing Titone is looking for is respect.

Last October, Titone was targeted with transphobic robocalls by a Republican state Representative regarding the sexual education bill.

Baisley praised the bipartisanship Republicans engaged in this session.

“America’s founders architected a system where the minority in the legislature must work with the majority in order to achieve anything,” Baisley said. “It is quite interesting to see how that philosophy actually unfolds. Of course, I hope to experience the other side of that equation in the near future.”

As for Titone, she says her work in the legislature sometimes overlaps with the responsibilities she feels to be not only a representative for her district but for transgender people as well. In future sessions, Titone hopes to build more relationships and have more conversations with those of differing viewpoints.

“I’m the kind of person who looks at what I have in common with someone else and fosters that bond that we have over a certain topic,” Titone said. “It’s a way to build trust with other people and a way to open up conversation.”