Bringing Older Coloradans Back to Campus to Explore What’s Next 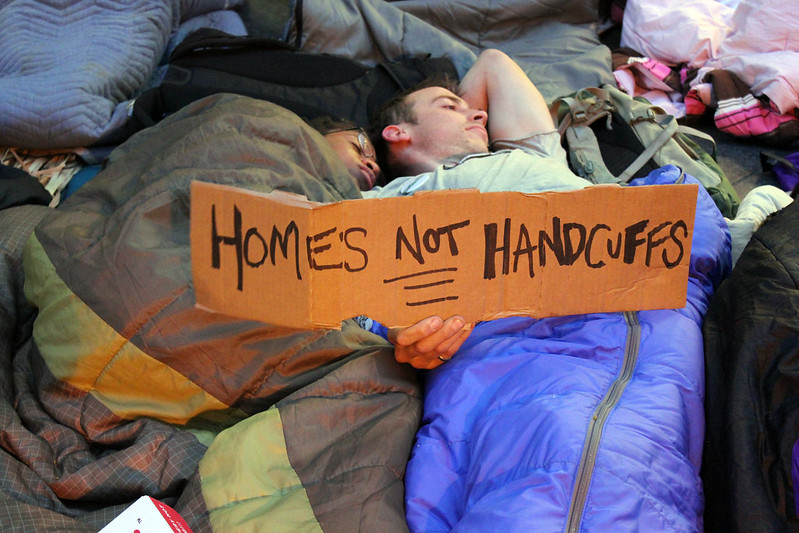 If only Aurora Mayor Mike Coffman’s proposed ban on camping in Aurora, as well as his week pretending to be homeless for a local news story, could be written off solely as a way to get his face on TV.

But it’s so much worse.

Coffman is brazenly using some of the most vulnerable people to make himself more powerful – to elect a majority of conservative allies to Aurora’s City Council.

It’s not a secret. Reporters have called him out on it. He explains the political strategy openly on right-wing radio.

Asked by a salivating radio host if he was “going to make it a big election issue, as big as you can,” Coffman replied with a stern, “Oh yeah.”

“Let me tell you, I think that I will have a Council that will pass this after this election, if not in June, by the weight of the pressure that comes down on council members,” Coffman told KHOW’s Ross Kaminsky May 21. “But definitely after November.”

He added that the camping-ban issue will serve as a “referendum,” turning council candidates who oppose it into losers.

You wish you could say Coffman is the actual loser, and leave it there.

But camping bans are politically popular, even in cities like Denver with large majorities of Democratic voters.

So the twisted situation looks like this: Everyone who’s studied homelessness knows a camping ban won’t work. But Coffman’s political strategy of using the ban to flip the Council might actually succeed.

And anything that might help Coffman’s conservative posse win in bluing Aurora is worth a try, the mayor must figure.

9News put this into focus with figures showing that camping bans in the metro area don’t work.

“If this isn’t about something that may immediately become law or ordinance in Aurora, could it possibly just be a red meat campaign issue while city council elections go on there?” asked 9News Anchor Kyle Clark on air May 21.

“Yeah,” answered 9News reporter Marshall Zelinger, who compiled the information, pointing out that Council elections are in November.

And trample the people on the streets on your way in. The powerless people struggling with poverty, mental illness, drug addiction, fear, hopelessness.

Coffman wants a camping ban to make life even worse for them and better for him, giving the mayor the power to pass a conservative agenda on issues going way beyond homelessness.

But it’s bad enough to picture Coffman sitting in a room somewhere, with fellow Republican operatives, mapping out a power-grab strategy of using the “Homeless Mike” stunt, the camping ban proposal, and the city council process, all of it ending with November’s election.

RELATED: Coffman Admits That Under His Proposed Camping Ban, Homeless Will Simply Move Around the City