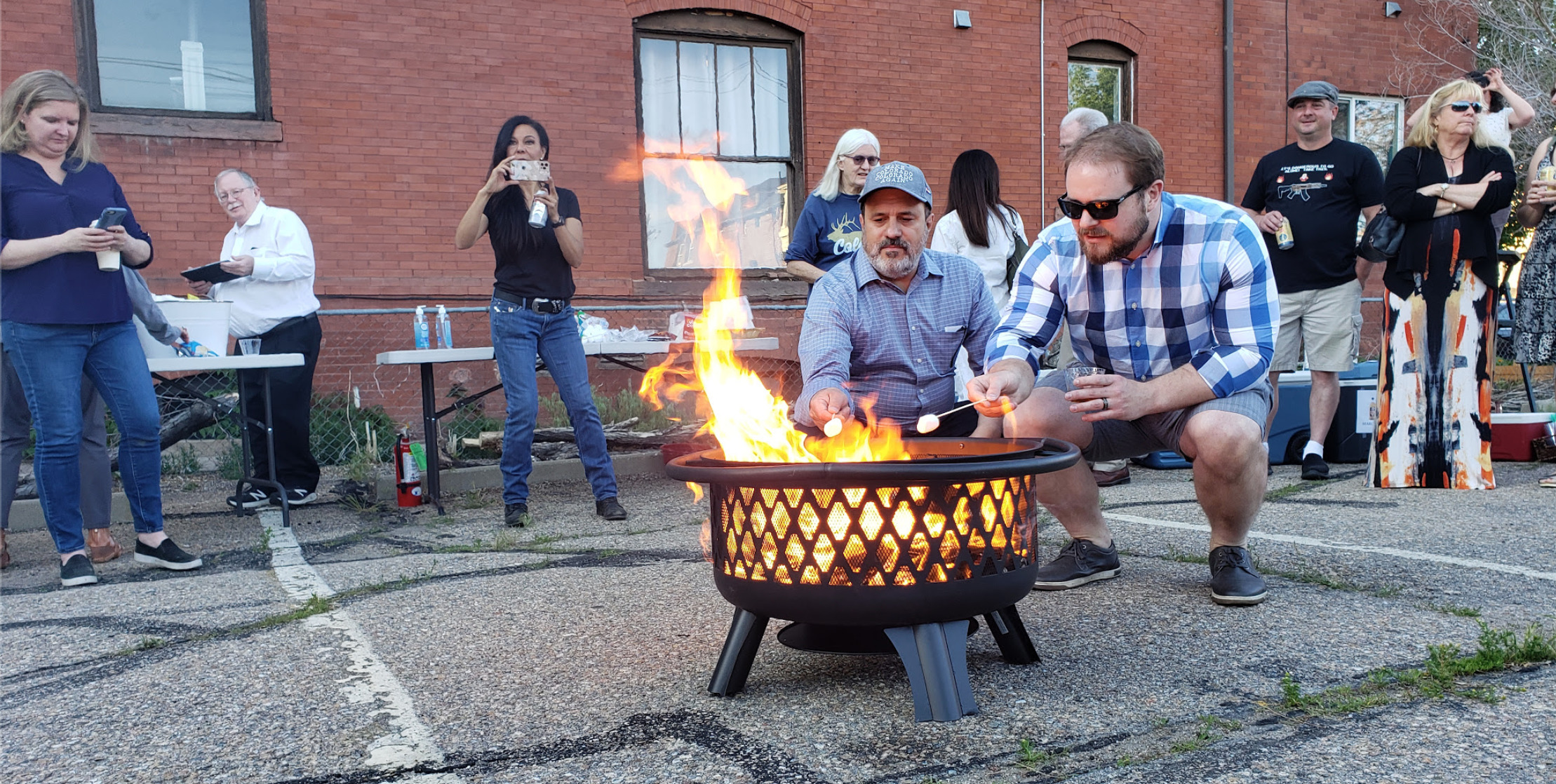 With the statewide mask requirement long gone and warm weather finally here to stay, Jon Caldara decided it was time to throw a mask-burning party. 40 or so like-minded people answered his call to gather in the Independence Institute parking lot late Thursday afternoon in downtown Denver for drinks, snacks and a chance to make none other than Governor Polis’ wish come true.

Last fall, after extending the statewide mask mandate another 30 days, Governor Jared Polis expressed his own frustration at the ongoing need for face coverings. “We all are frustrated with masks,” Polis told reporters on Sept 11. “I can’t wait. Can’t wait until two things: the fire ban’s over and the mask requirement’s over, because I think a lot of folks, including me, are going to be happy to have little bonfires to burn these [masks] and never look back.”

It’s unknown if the Governor has followed through on that plan, but a jovial group of libertarians in Denver’s Uptown neighborhood were more than willing to tip back a beverage and cheer a pile of masks going up in smoke.

Caldara began with a brief but surprisingly somber speech, lamenting the public health restrictions implemented by Colorado’s state and county health officials in order to limit the spread of COVID-19.

“This year has shown what fear can do to the American spirit. I never thought in my entire life that Americans would ever be so complacent as to have their freedoms taken away without a fight. It scares me for my children. It scares me for the future. And I’m thinking, this is the same country that stormed beaches, that died for our rights. And the government tells us to stay home under house arrest and people obey it. They close down businesses and people don’t protest it. They ruin people’s lives –close churches– take away people’s right to worship. They take away our dignity and they put us on dependency.”

Unable to stay glum for too long, Caldara then grinned and revealed that most of the masks had been donated by the CDC.

“We didn’t take any of that PPP money,” he said, referring to the federal emergency loans, “but we did take all these free masks!”

As Caldara doused the masks in lighter fluid, one of the attendees joked, “We screwed up one thing: we forgot to bring an effigy of Fauci!” The line elicited jeers and noes of disapproval. Caldara laughed and responded, “It was very clear: no effigies!” Another man in the crowd muttered, “Polis too for that matter,” but was ignored.

After an anti-climactic attempt to toss a flaming mask into the lighter fluid soaked pile, the masks went up in flames and the audience shifted it focus from the funereal pyre of CDC-issued pandemic gear to the Indy Institute-issued coolers of Coors.

State Rep. Richard Holtorf arrived as the fire was dying down, but the camaraderie was heating up. He graciously posed for a photo with Caldara and upon meeting this reporter, acknowledged that he reads, though doesn’t necessarily enjoy, the Colorado Times Recorder.