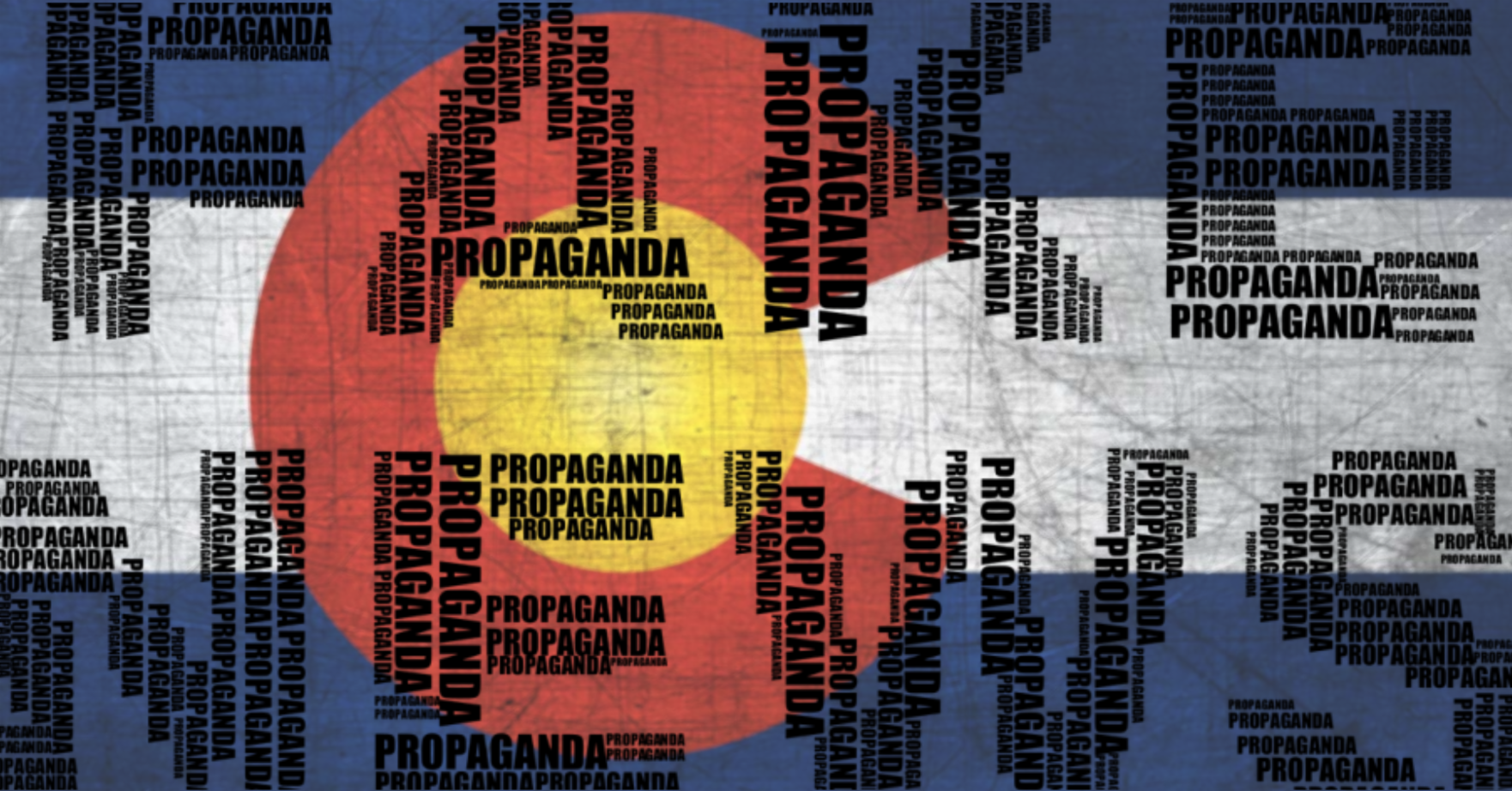 The original QAnon meme featured an image of Henry “Enrique” Tarrio, leader of the Proud Boys hate group, shaking hands with another of the group’s top organizers, Joe Biggs. The image also included a QAnon logo and the words “Q Sent Me WWG1WGA.” (above the word “FEARS” above). During the Trump administration, the FBI classified QAnon as a “domestic terror threat”and the Proud Boys as an “extremist group with ties to white nationalism.”

Just hours after the Colorado Times Recorder reached out to CSRW President Vickie Tonkins, who also serves as Chair of the El Paso County Republican, the post above was replaced with a new version displaying only the statement below the picture, which reads:

“What the left fears more than anything are white people and black people coming together and loving their country.”

Several hours later, Tonkins posted an apology to the account, saying she “mistakenly posted an image that was doctored.” The new image paired the original news photograph of the Proud Boys leader with the QAnon logo version from the meme. The words “Q Sent Me WWG1WGA” were gone.

Reached for comment via email, Tonkins promoted her group’s activities, but did not mention or even acknowledge the changes made to the image.

“Thank you for your interest in the Republican ladies supporting El Paso County’s GOP,” wrote Tonkins.  “We understand you seek grist for your antagonism, but we’re too busy working to get Colorado back on track after months of stifling lockdowns, destructive protesting and venal political hackery.  We’re building bridges with our neighbors; uniting around shared values like respect for the taxpayer, law and order, a growing middle class, more jobs and more pay, less taxes and fewer bureaucrats. If you’d like to discuss Colorado Springs values instead of spun-up non-points and conjecture, I’d be happy to chat.”

Proud Boy leaders Tarrio and Biggs are currently facing multiple felony charges related to the group’s activity in Washington, DC prior to and on Jan. 6. The FBI has identified the Proud Boys as one of the main groups involved in planning the assault on the Capitol Building. Biggs is accused of leading a group that entered the Capitol and instigated some of the violence against police officers.

Tarrio did not take part in the insurrection, having been arrested on firearms and vandalism charges two days earlier. However prosecutors say he was instrumental in planning the attack via a Telegram channel he helped create and in publicly promoting the Proud Boys’ participation in the Jan. 6 protest.

Tonkins declined to directly address the image in her comment to the Colorado Times Recorder. Her apology on Facebook asserts that the inclusion of QAnon was inadvertent, though her decision to repost the Proud Boys leaders after being informed of who they are and the charges they face indicates an unwillingness to condemn the Proud Boys. Nevertheless, the decision to remove hateful and dangerous conspiracist images is commendable. The Colorado Times Recorder has long advocated for public officials and groups to delete or retract fake news, from social media accounts, and this appears to be such a case.