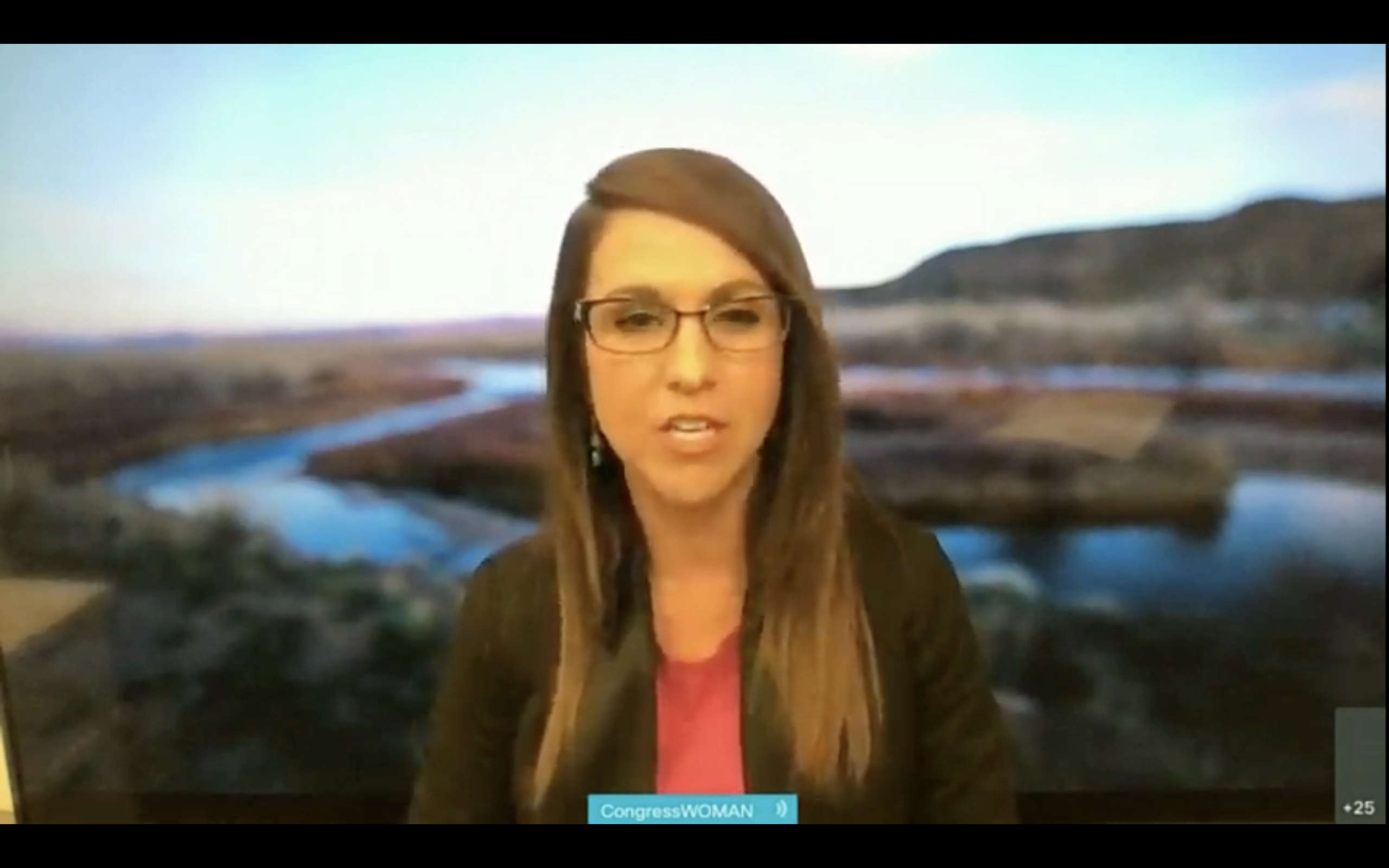 This afternoon, the U.S. House of Representatives Committee on Natural Resources’ Subcommittee on Water, Oceans, and Wildlife held a public hearing on drought conditions in the western United States.

Despite most subcommittee members focusing their questions for the expert witnesses on topics regarding water resources and conservation, forest management, wildfires, the strain on ecosystems and fisheries, and infrastructure and solutions, U.S. Rep. Lauren Boebert (R-CO) spent her five minutes grilling government witness Elizabeth Klein, Senior Counselor to the Secretary of the Department of the Interior (DOI), about a topic unrelated to the purpose of the hearing.

Klein was the Biden Administration’s top pick for Deputy Secretary of the DOI in January, but when a group of influential senators, including pivotal Democrat Joe Manchin (D-WV), caught wind of her potential nomination, they strongly objected.

Klein has a long history aligning with progressive climate change organizations, which irked Sens. Lisa Murkowski (R-AK) and Manchin, who said they were looking for a federal official who could balance out newly confirmed Secretary of the Interior Deb Haaland, who is strongly liberal.

Murkowski and some conservatives also accused the potential nominee of having a conflict of interest. Klein had previously headed an effort at New York University funded by Michael Bloomberg to place climate change advocates attorneys at state attorney general offices.

Colorado Attorney General Phil Weiser expressed concern over the program’s ethics and influence in 2018, according to Western Wire, which is funded by the oil and gas industry.

After pushback from the U.S. Senate, the Biden Administration yanked Klein from consideration before an official nomination could be announced.

Klein was ultimately appointed to her current job at DOI last month.

Her role as witness today was to provide an update about the Department of Interior’s work on drought, potential solutions available through federal departments, and other relevant information to the subcommittee.

Boebert’s district on the Western Slope faces its fair share of water issues. In September, she and opponent Diane Mitsch Busch exchanged views on water issues, such as the threat of the Front Range purchasing Western Slope agricultural water rights and the expansion of reservoirs in the western slope.

Now, despite moisture east of the Rockies, more than 60% of the state is in a severe drought, CPR reports. For western Colorado, this was the driest April on record. Boebert’s district, especially agricultural operations, is facing a crisis.

However, Boebert chose to focus on Klein’s background during her allotted time at the hearing, grilling her on conflicts of interest and ethics. Boebert asked Klein if the DOI ethics office had provided her with a recusal list.

“Yes, I have been consulting on an ongoing basis with our ethics officials,” Klein responded. “I’m taking my responsibilities and ethics requirements seriously, and I have an ethics agreement that I operate under.”

Klein also agreed to submit her recusal list to the committee.

Boebert continued to press Klein, bringing up her previous work, to which Klein continued to insist that she takes her ethics obligations seriously.

“So now, please Ms. Klein, let me get this straight: Michael Bloomberg funneled private money through [State Energy and Environmental Impact Center at the NYU School of Law] SEEIC that you used as deputy director to hire and pay special assistant attorney generals that worked for the state AG offices and sued the Trump Administration on energy, climate change, and environmental regulations,” said Boebert. “So basically, SEEIC helped infiltrate state governments with Green New Deal extremists for the sole purposes of suing the federal government on environmental policies you all disagreed with, yes or no?”

After being berated by Chairman Jared Huffman (D-CA) for not sticking the subject matter at hand, and running out of time, Boebert closed her comments with a lengthy tirade-style attack on Klein’s character, concluding with a call to “recuse” her from “working for any American taxpayers.”

“Thank you so much, it’s unfortunate that you’re coming before this committee and not providing adequate information,” said Boebert. “Mr. Chairman, serving at the highest levels of federal agencies is no place for extremist, partisan hacks that are compromised by special interests. I’m grateful that Sen. Manchin agreed and kept Ms. Klein from being the Deputy Secretary of Interior.

“Unfortunately, she still managed to slither her way into a high level position at the department that doesn’t require the scrutiny of a public confirmation process,” she continued. “I believe that it’s incredibly important that Ms. Klein be recused from all matters she directly worked on while in the private sector, that she be recused from all matters being worked on by those she hired and placed in assistant attorney general’s offices, and to be honest, this woman is compromised, and she should be recused from working for any American taxpayers, period.”