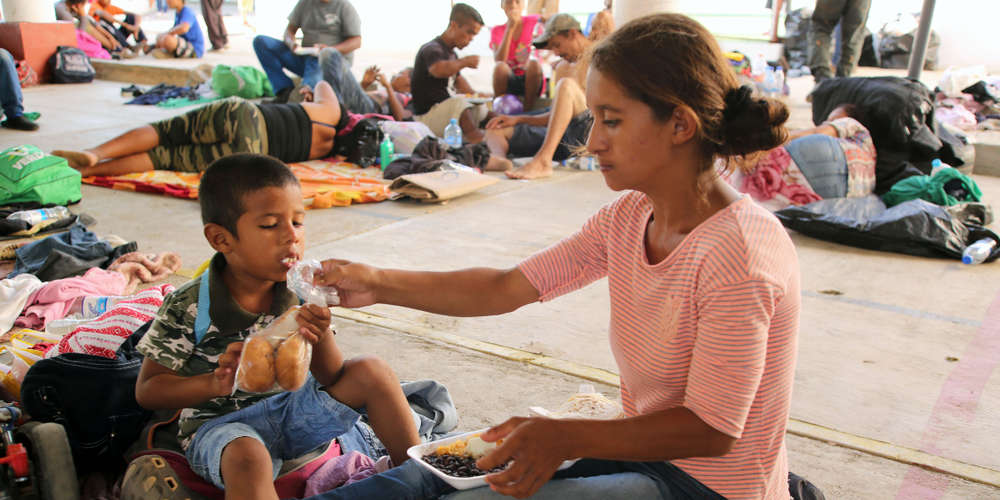 Over the last several weeks, Customs and Border Protection (CBP) has reported a rise in the number of migrant children seeking refuge in the United States.

With the increase, the federal government’s capacity to process and shelter migrant children has been stretched, leading to children being housed in overcrowded and inhumane CBP facilities for extended periods of time.

Federal officials and some media have called what’s happening at the border a “crisis” or a “surge”— harmful rhetoric that has long been used to dehumanize immigrants and people approaching the southern border.

This language of crisis is a distraction — and it undermines common sense policy solutions that can secure justice and safety for everyone in our country, including immigrant survivors fleeing gender-based violence.

Not only can this language be misleading and a misrepresentation of actual migration flows, but it provokes fear and needlessly divides Americans. It turns immigration into an “us versus them” issue, falsely painting migrants as a threat.

Policy solutions then shift to emphasize criminalization and detention, rather than responding with compassion and welcoming with dignity to those seeking safety. As a result, we’ve seen egregious policies in the last few years, like detaining and separating families and sending people seeking asylum to wait indefinitely in Mexico for their day in court.

When we buy into the sham narrative of crisis, we fail to recognize migrants as human beings and we lose sight of the real issues: how our government is treating people who are escaping unimaginable violence — and how our policies are returning individuals to torture and even death.

Right now, children are being jailed in deplorable conditions where they are susceptible to heightened and enduring trauma. Meanwhile our border remains largely shuttered to adult survivors fleeing rape and horrific gender-based persecution because the new administration has yet to repeal an illegal policy implemented under the last one.

People escaping violence have a right to seek safety. If they can’t, that’s the real crisis.

Moving towards a better justice system isn’t possible if we continue to scapegoat immigrants instead of reckoning with our broken system. People approaching our borders deserve better. At the very least, our language should recognize their humanity.

We should look at the context of border crossings and understand the many complex reasons people leave their homes — including to find refuge from atrocious acts of rape, domestic violence, and other forms of gender-based violence.

We should center the individual in our language — each person carries their own intricate stories and histories. Then, as a country, we must remember our moral and international obligation to uphold the legal right to seek asylum and extend refuge to those who qualify.

We have an opportunity to improve our policies and better secure access to safety for immigrant survivors. But to get there, our approach must shift to one of compassion, reflecting the humanity of people approaching the border.

Everyone deserves to live a life free from violence— and our language and policies should reflect that.

Rachel Pak is the Media Relations Associate at the Tahirih Justice Center, a nonprofit organization that serves immigrant survivors fleeing gender-based violence. This op-ed was distributed by OtherWords.org.