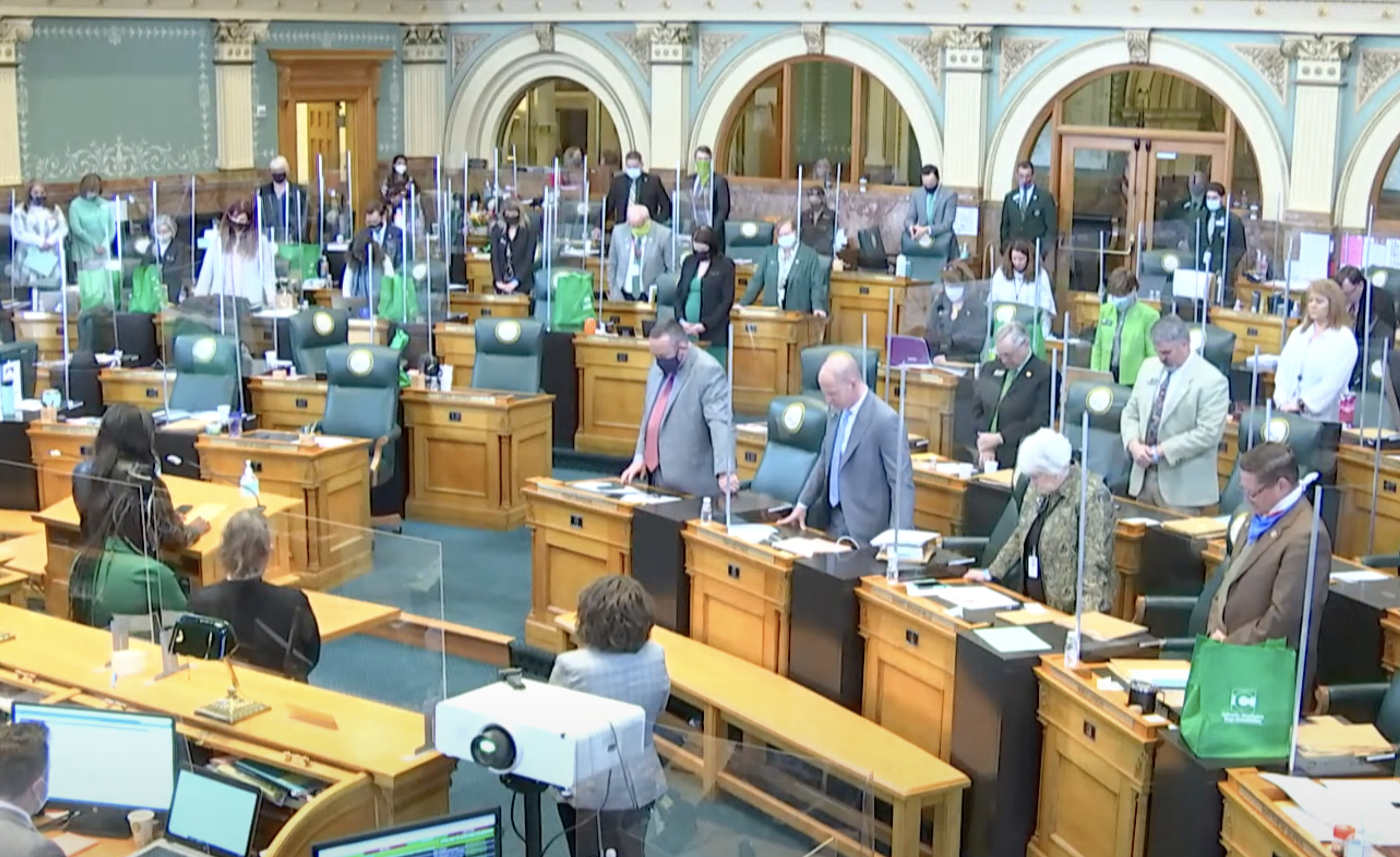 Soper, whose wife is Taiwanese, says he has come face to face with animosity towards Asians since being elected.

“It is unacceptable to treat anyone differently based on how they look, and Asians certainly contribute a lot to our great state,” Soper said during his House speech. “We need to stand up for our Asian brothers and sisters because they are Coloradans too.”

Soper was joined by Reps. Leslie Herod (D-Denver), Lisa Cutter (D-Jefferson), and Dafna Michaelson Jenet (D-Adams) in condemning white supremacy, and called on House members to address the escalation of racially motivated crimes in the state.

Republican House Leader Hugh McKean, however, says he does not believe the House floor is the appropriate place to discuss issues relating to bias-motivated crime or racism in our community.

“There is a large question as to why this individual committed the atrocious acts he committed,” McKean, who represents Larimer County, said. “With that question hanging in the air, to come to this chamber and call out a much larger issue, demeans that issue.”

Other white males in the Republican caucus went on to use the discussion to express their own feelings of victimization.

Rep. Dan Woog (R-Erie) said, “When we hear ‘white supremacist’ over and over, it is hard not to feel like we are being included in that.”

Rep. Rod Bockenfeld (R-Araphahoe) took the stand to say that the crime was not racially motivated, and added that he is offended by discussions about white supremacy and racism.

“It cuts to my core every time I’m called a racist, a white supremacist cause of the color of my skin,” Bockenfeld said raising his voice, “I didn’t ask for this color.”

McKean, Woog, and Bockenfeld did not immediately respond to requests for comment.

In response to his colleagues’ commentary on the tragedy in Atlanta, Soper told the Colorado Times Recorder that regardless of the suspects’ motivation, the state “has a duty to punish those who commit the most heinous of acts, such as murdering innocent women.”

Soper also called on the state legislature to pass a resolution denouncing anti-Asian bigotry, similar to the one passed by the U.S. Congress last year.

Last April, Democratic members of both the Colorado Senate and House released a letter denouncing hate crimes and hate speech that have emerged across the state during the pandemic.