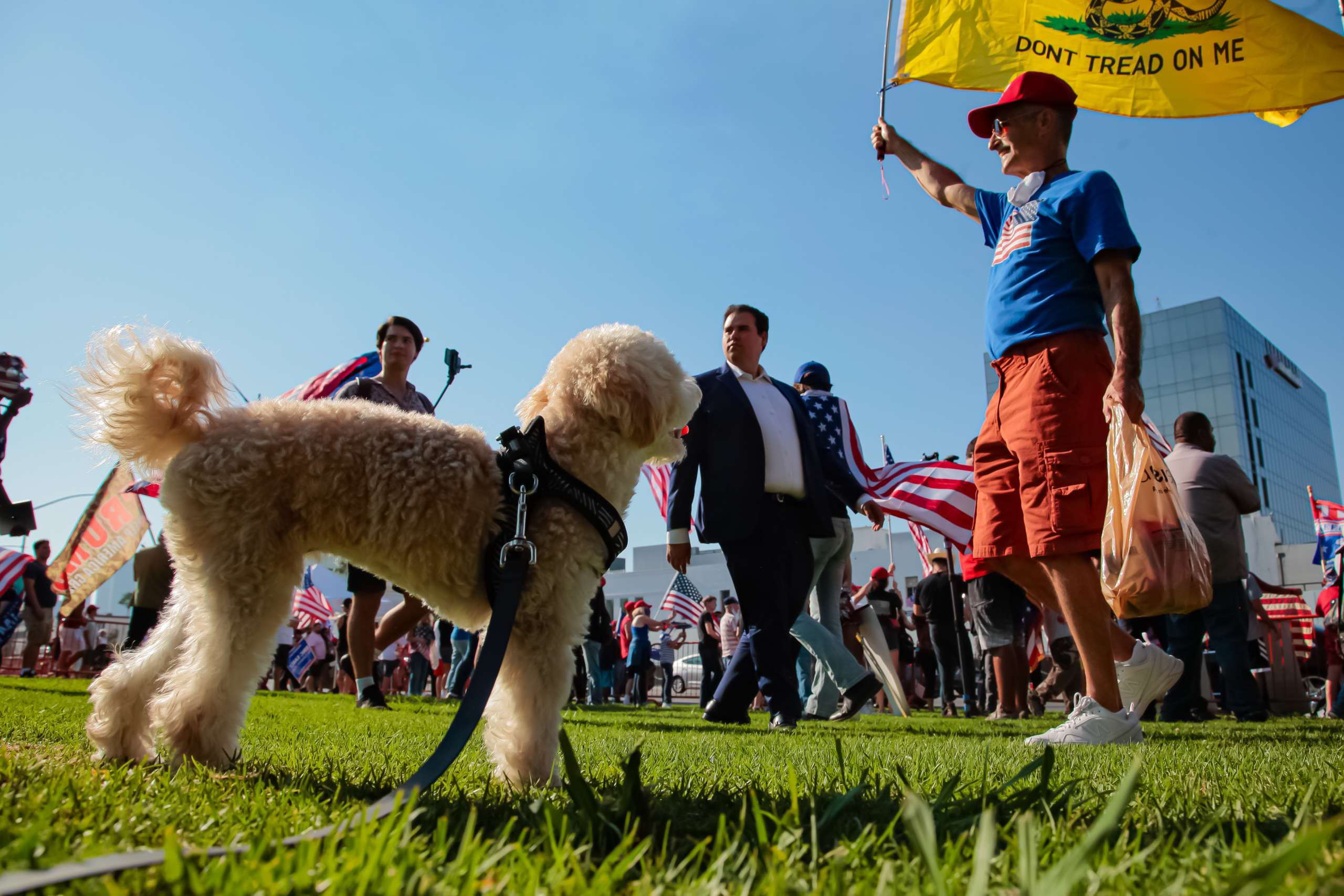 Aya Gruber, who teaches feminist law at the University of Colorado (CU), is part of a new national group, called the Academic Freedom Alliance (AFA), which consists of 200 members of academia who aim to defend the right to speak freely without fear of retaliation.

Critics of groups like AFA contend that free speech is, in fact, not threatened at U.S. universities, and to argue otherwise is part of a broader conservative attack on higher education.

But Gruber doesn’t see it that way.

“I don’t think this is at all, any sort of right wing justification for saturating the world with white supremacists,” Gruber told the Colorado Times Recorder. “That’s definitely kind of the opposite of what it is.”

In fact, Gruber argues, the very mission of the AFA greatly supports progressive academics as well. She used the example of critical race theory, discussing how its emergence was only possible with academic freedom of expression, stating that “some of our most enlightened ideas have been very unpopular.”

“I would push back on the idea that this is even inherently a right wing idea, this idea of academic freedom,” she said.

Despite being founded by conservative Princeton professor Robert George and funded by “a primary conservative donor,” AFA appears to be more centrist than University of Colorado (CU) Regent Heidi Ganahl’s Free to Be Coalition, which promotes a diversity of viewpoints on CU campuses from a conservative perspective.

Ganahl, a Republican, formed the Free to Be Coalition in 2018, and has used it to host debates at CU, including one between Nigel Farage, a British UKIP politician responsible for helping to initiate Brexit, and Vicente Fox, former President of Mexico, as well to support a student club.

Unlike the AFA, Free to Be is focused primarily on students, rather than faculty. “Teach students how to think, not what to think” is Ganahl’s go-to slogan.

In an interview with Jon Caldara last year, she alleged that many parents don’t want to send their kids to CU because they don’t want them to “change their conservative values.”

“I travel the state and hear parents say to me, ‘I’m scared to death to send my child to one of these universities or college campuses because they might… transform their value system, or the way they believe, and how we raised them,’ said Ganahl on air. “And more and more parents are deciding, or asking their students to make a different choice.”

Free to Be’s last public event was held in October of 2019, and while the group has continued to post about free speech on Facebook , there doesn’t seem to be any plans for the future, suggesting the group might now be defunct.

Free to Be declares itself as nonpartisan, although all three co-founders of the organization are extensively involved in conservative politics.

“It is true that right-leaning faculty are a minority on college campuses, which makes them vulnerable to campus controversies,” Whittington told the Colorado Times Recorder. “If faculty on the right were the overwhelming target of these campaigns to infringe on academic freedom, then it would be very hard to organize and maintain a genuinely broad coalition to defend them.”

However, said Whittington, who is himself conservative and a regular contributor to the Federalist society, all faculty are vulnerable to attacks to their views and their jobs.

“The current situation is one in which many moderate and left-leaning faculty also find themselves under threat, and many more can imagine that they will eventually face such threats,” he said.

One of Ganahl’s fellow CU Regents, Republican Chance Hill from Colorado Springs, voiced his support Monday for the AFA on Facebook.

Hill shared the press release of the AFA’s formation, writing “It’s sad and pathetic that this new national organization has to be formed, but that’s the reality. I fully support it.”

Hill told the Colorado Times Recorder that the AFA’s nonpartisan stance on free speech is the way it should be.

“I think it’s great that the AFA is a nonpartisan organization. Supporting the notion of free speech should be nonpartisan,” said Hill. “Unfortunately, too many people, including in academia, are quite comfortable shutting down speech with which they disagree.”

Hill also hopes to see the AFA exert a positive influence at home on the CU environment.

“I hope that the AFA will help to promote a culture on college campuses throughout our nation, including at CU, that sincerely values the free exchange of ideas from all perspectives,” he said. “That type of culture is not as prevalent as it should be in university settings across the country.”

CU has experienced a kerfuffle of its own recently among a member of its faculty.

John Eastman, a professor at Chapman University, is the current visiting scholar at CU Boulder’s Benson Center for the Study of Western Civilization. He landed in hot water last August when he suggested a birther conspiracy that now-Vice President Kamala Harris might not actually be eligible to run for office.

In January, his conspiracies got the better of him when he spoke at a Trump rally ahead of the January 6 storming of the capitol, alleging that the election had been stolen.

Ganahl had talked up Eastman in December on the Ross Kaminsky Show, calling him “fantastic.“

The AFA hasn’t investigated Eastman’s case, said Whittington, so he couldn’t comment specifically on the situation involving his duties at CU.

But he did say he was concerned by the idea of a university infringing on faculty’s rights to express their own political views.

“Certainly it is generally worrisome when universities take action against members of the faculty for unpopular political opinions that have they have voiced in public debates or for their private political activities, and universities should take care that they neither infringe on the rights of particular individuals nor create an environment that would discourage faculty from freely engaging in public discussions of matters of general concern,” Whittington said.

In a Jan. 26 interview with Bloomberg Law, Whittington said he believes the conservative Federalist Society “needs to ‘set aside, people like Eastman…who ‘often acted at odds with any plausible set of conservative constitutional principles.’”

Gruber, in response specifically to Eastman’s birther op-ed, explained that while she doesn’t agree with Eastman’s interpretation of the constitution to deny Harris’ right to run for office (and all children of immigrants with certain visas, which is Eastman’s focus), she supports his right as an academic to make that argument, as hurtful as it may be.

The constitution was once even interpreted to allow Japanese internment camps, one of which imprisoned her own mother, she points out.

“These are ways you can read the constitution,” said Gruber. “They’re not great. But they’re inside the academic norm.”

“So the thought that his job offer should be rescinded because of an argument about the constitution that he’d been making for a while, I didn’t agree with,” Gruber said.

As long as arguments being made by academics are academically sound and hold up to academic standards, whether in research or in teaching curriculum, Gruber argues that they have a right to be voiced.

“You take the good with the bad. So if a person has a valid point and it is one you deeply disagree with, but they’re using the disciplinary methodologies to explore that point, and the pedagogical methodologies to teach that point—disagreeing with it, even strongly disagreeing with it, even having a majority of people disagree with it, is not a grounds to suppress it,” said Gruber.

“You don’t have a right to be insulated from people not liking what you say,” Gruber said. “You just don’t have that right.”

In other words, don’t dish it if you can’t take it.

In 2017, the Knight Foundation conducted a survey among a diverse set of college students to see how students feel about free expression on campus.The survey found that a large majority of students desire an “open learning environment that allows all types of speech,” and agree that their campus climates discourages certain students from being able to speak their mind, particularly conservatives.

Ganahl did not respond to a voicemail and an email inquiring about her current opinion of Eastman, her opinion of the AFA, or what happened to the Free to Be Coalition.