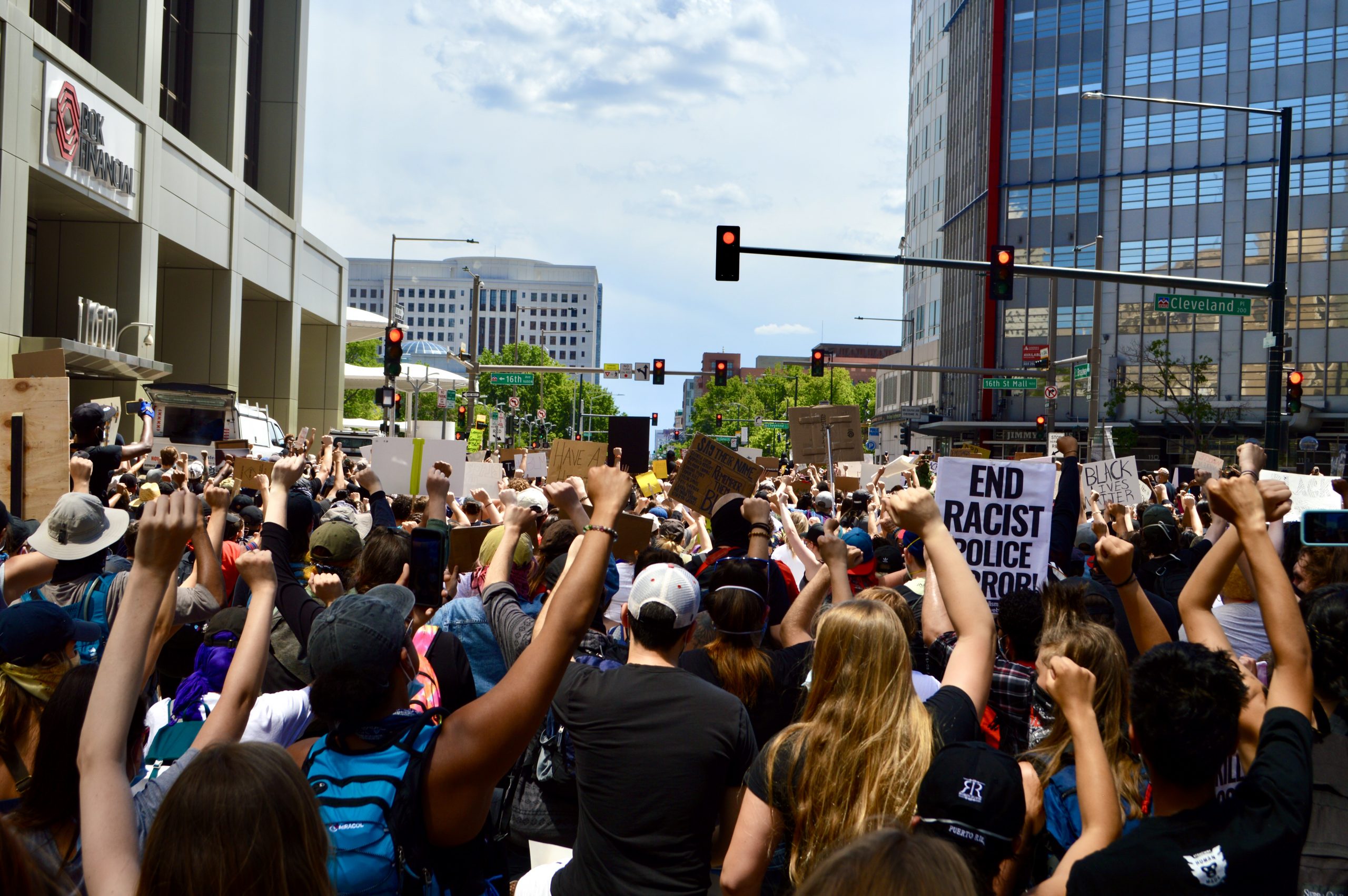 The only people charged in relation to the murder of 23-year-old Elijah Mcclain, protestors Eliza Lucero, Lillian House, and Joel Northam, are scheduled for a preliminary hearing in Adams County this Tuesday, March 9, on charges involving a June 2020 protest calling for an investigation into McClain’s death.

This Saturday, movement leaders and civil rights activists will gather virtually to stand in solidarity with the protestors in advance of their hearing, and demand the charges brought against the three young activists are dropped.

Eliza Lucero, 23, Lillian House, 26, and Joel Northam, 33, who helped bring national attention to McClain’s death, face charges including engaging in a riot without a weapon, inciting a riot while giving commands, and attempted kidnapping. The three activists were charged in both Adams and Arapahoe counties, and attended arraignment hearings in Arapahoe County March 1.

The charges revolve around a June 2020 incident in which House, Lucero, and Northam led a largely peaceful protest at an Aurora police precinct. Protestors blocked the entrance to the precinct, saying they would not move until McClain’s death was investigated and his killers were brought to justice.

In September, the group of young activists was suddenly arrested and held in jail for eight days before being allowed a bond hearing.

“There is no basis for the charges against us,” House told Westword. “All we have done is fight to make sure that Elijah’s case wasn’t buried.”

One month after the demonstration at the Aurora precinct, the Aurora City Council commissioned an independent investigation into McClain’s death.

The investigation’s report and recommendations, published Feb. 22, suggests police lacked legal grounds to stop McClain, and that the Aurora Police Department “stretched the record to exonerate the officers rather than present a neutral version of the facts.”

The report also finds that first responders did not evaluate McClain’s height or weight and used an inappropriate amount of ketamine to sedate him. “At the time of the injection,” the report states, “Mr. McClain had not moved or made any sounds for about one minute.”

Elijah McClain, who was described as “unquashably cheerful,” and is known for playing the violin for stray cats and dogs in this free time, was killed on August 24, 2020 by Aurora police after a 911 caller reported he “looked sketchy.” McClain was walking home from his local convenience store when police stopped to question him.

Officers Randy Roedema, Nathan Woodyard, and Jason Rosenblatt soon pinned McClain to the ground using a carotid chokehold, handcuffed him, and listened while Elijah vomited and begged for his life. 15 minutes later, paramedics injected him with enough ketamine to sedate a man twice his size. McClain later died after suffering multiple cardiac arrests.

No officers or paramedics have been charged in Elijah McClain’s killing, and all but one of the officers still works for the City of Aurora.

House, Northam, and Lucero await preliminary hearings, and their trial dates will be set later this month.

“Theirs are certainly among the most outrageous charges that we have seen leveled against racial justice demonstrators in the past year,” Constitutional Rights Lawyer and founder of the Partnership for Civil Justice Fund, Mara Verheyden-Hilliard, told 9News.

While the activists have called their encounter with the justice system traumatizing and terrifying, House says the experience has only strengthened her resolve to keep fighting.

“There are millions of people behind bars, tens of thousands in ICE custody, and it’s hard to comprehend that this kind of torture happens to so many people on a daily basis,” Said House of her time spent in jail. “Meeting women who are really good people, but are in there for things like not being able to pay a traffic ticket, yeah, I don’t know how you could get out and not fight even harder.”

The activists, along with civil rights attorneys and members of the newly formed National Committee for Justice in Denver will meet virtually at 4:30 p.m. Saturday. Join the event here.