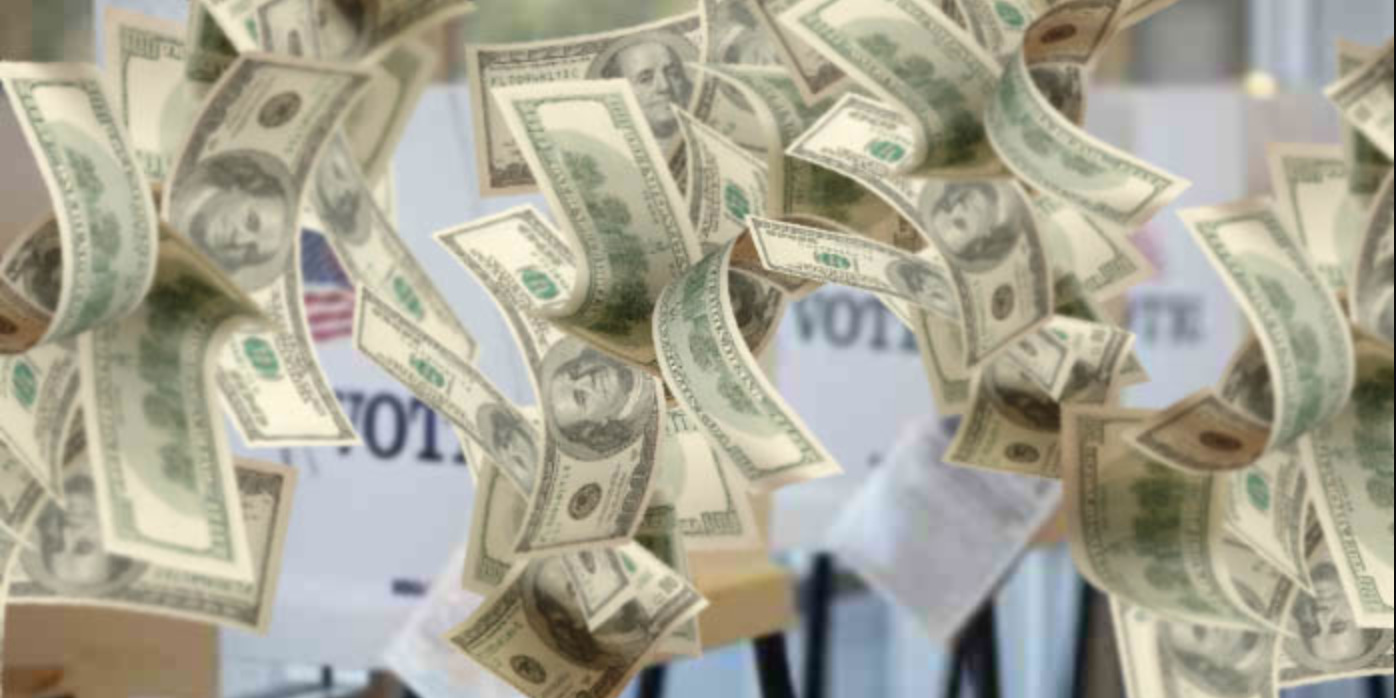 In a legal action that could unveil the names of high-rolling Republicans in Colorado and beyond, the Colorado Secretary of State’s Elections Division is moving ahead with its investigation of a conservative dark money group behind millions of dollars in campaign spending during the 2020 election cycle.

In a complaint filed Feb. 1 with the Office of Administrative Courts, Attorney General Phil Weiser alleges on behalf of the division that despite making six-figure contributions to three separate ballot issue committees, Unite for Colorado, a conservative advocacy group, failed to register itself as an issue committee for any of the measures.

In short, the SOS office is arguing that Unite for Colorado, which didn’t exist until November of 2019, disclosed contributions to only four entities (the three proposition committees and its own affiliated independent expenditure committee), and provided over 80% of the entire campaign budgets of both Props 116 and 117, indeed should count those contributions as major purposes, requiring public disclosure of donors’ names.

Unite for Colorado contributed over $2 million to three campaigns (in support of Propositions 116 and 117 and opposing Proposition 113).

However, in addition to splitting the $2 million three ways, it spent another $3.5 million opposing John Hickenlooper’s campaign for U.S. Senate, and Unite director Dustin Zvonek says it spent far more money it isn’t yet required to disclose.

For these reasons, Zvonek argues that none of the three ballot initiatives count a “major purpose” of the organization, and thus it didn’t have to register with the Secretary of State as an issue committee, which would require it to disclose its donors.

Ultimately a judge will decide the legal arguments over campaign finance rules, but the documents already filed in this case offer a peek at an unprecedented structure of legal entities set up by Colorado’s establishment conservatives to achieve their political goals.

As a 501c4 issue advocacy organization, the preferred IRS entity for so-called “dark money” advertising, Unite isn’t required to disclose its donors. Funneling money to political campaigns through 501c4 nonprofits to shield donor identities isn’t new–conservatives and progressives alike have been taking advantage of that structure for years. The catch is that anonymity is only permitted if the group’s political activities don’t constitute a major purpose of the organization.

In this case, however, Unite For Colorado didn’t just raise money and cut checks to campaigns, or even create and run ads supporting the campaign.

Instead, Unite for Colorado paid for the actual signature-gathering operations to get the two campaigns it supported on the ballot. The vast majority of the groups’ contributions to the Prop 116 and 117 campaigns consisted of an unprecedented in-kind donation of the hundreds of thousands of voters’ signatures required to get the questions on the ballot.

“It’s pretty clear that this 501c4 was created to be nothing more than a fig leaf for a variety of ballot measure activities,” says Scott Wasserman, president of the left-leaning think tank Bell Policy Center, and one of the original complainants. “Even their ads related to the US Senate race were linked to a proposed initiative – Prop. 305 – that never qualified for the ballot. They were virtually the entire funding for Props 116 & 117, literally gifting tens of thousands of petition signatures to those committees. They clearly violated the spirit of our laws with a legal strategy to hide their donors that was too cute by half.”

Zvonek, a longtime Republican operative and a newly declared candidate for Aurora City Council, launched Unite for Colorado’s website and Facebook page in January of 2020, a couple of months after another well-known GOP consultant, Katie Kennedy, registered Unite for Colorado. Former Deputy Secretary of State and 2020 state Senate candidate Suzanne Taheri currently serves as Unite’s legal counsel. She represented the group at the same time it was supporting her unsuccessful statehouse campaign, a relationship that raised eyebrows at the time.

Essentially all of Unite for Colorado’s 2020 reported contributions, both cash and “in-kind,” went to one of four purposes: support or oppose the trio of aforementioned ballot issues, or a barrage of attack ads against Hickenlooper.

Reached for comment, Zvonek says that’s the catch–the group’s undisclosed spending dwarfs the dollars they reported to the state via its campaign finance website TRACER. He says he expects the complaint to be dismissed.

“We’re nowhere near major purpose on these things, says Zvonek, referring to the ballot initiatives. “In fact, if we were in violation, just about every group, whether it’s Planned Parenthood or the 1630 Fund, or actually the people who made the complaint–all of them would have the same issue that they’re suggesting that we have.”

Zvonek acknowledged that Unite’s decision to in-kind all of the signatures needed to make ballot was a first for a Colorado 501c4 advocacy group, before saying that legally they didn’t even have to disclose those contributions.

“It’s the first time [a c4 group] has done that. They’ve in-kinded staff time before,” he said. “We just decided that the way we could support [the initiatives] was to help them get ballot access, which can be expensive. So we just went ahead and had the signatures done. Candidly, there’s nothing legally that would have required us to disclose that since it wasn’t a primary or major purpose for us, but we did as an abundance of compliance.”

In Unite’s response to the complaint (which initially only addressed Unite’s support of Props 116 & 117) , Taheri dismissed the claim that the contributions to either ballot initiative reach the threshold of a “major purpose,” arguing both amounts totaled less than ten percent of the group’s spending.

Zvonek points out that his signed affidavit leaves him on the hook for the group’s finances once its full spending is publicly disclosed to the IRS via the 990 form Unite will file in June.

“That wouldn’t be very smart of me to sign an affidavit and submit it to the Secretary of State knowing that this was all going to be public eventually to suggest that [the spending on each ballot initiative was less than 10% of Unite’s total expenditures] and then to turn out that it was otherwise.”

Asked why Unite won’t simply share the group’s overall spending with the SOS office, Zvonek said, “We could. But again, it’s because there is no merit to [the complaint]. We are not going to disclose to the Secretary of State information that we don’t need to disclose to them on a complaint that was frivolously filed.”

The SOS office lacks subpoena power, leaving it in the position of having to simply accept Unite’s claim without any evidence. When the Elections Division asked for additional documentation, Unite refused to cooperate unless the SOS agreed to sign a non-disclosure agreement, something the division never agrees to do.

In addition to its efforts on the three initiatives that made the ballot, Unite funded a subset of its Hickenlooper attack ads through another creative, if perhaps ethically dubious, project. The group ran ads supporting a ballot measure in name only, Initiative 305, filed by Taheri and former statehouse Speaker Frank McNulty. The measure, for which proponents never turned in a single signature, purported to address ethics policy, but as Colorado Politics’ Marianne Goodland reported at the time, “the ballot measure is a pretext for something else: to attack Democratic U.S. Senate candidate and former Gov. John Hickenlooper over his ethics issues rather than attempting to garner signatures for a November ballot question.”

Both McNulty and Taheri blamed the failure to gather signatures on COVID, despite the initiative having been filed in April, well after the start of the lockdown. In reality, the proposed initiative served as a means to further Republicans’ primary line of attack against Hickenlooper: ethics complaints filed by the nonprofit Public Trust Institute, which was created by McNulty and fronted by Taheri.

In an interview with CPR’s Bente Birkeland last August, Zvonek insisted that Unite for Colorado “isn’t an election-cycle organization and we hope to be a long-term player in public policy in the state.”

At the time of that statement, the group’s most recent Facebook and Twitter posts were nearly three months old. Six months later, that is still true.

Zvonek says his group plans on filing another motion to dismiss the complaint. Until that occurs, however, the next step in the Unite for Colorado complaint’s legal process is for the administrative court to set a full hearing sometime in the next month, though that date can be delayed for a variety of reasons. Formal discovery –the required sharing and review of documents– will take place prior to that, which could lead to revisions or additions to the complaint.