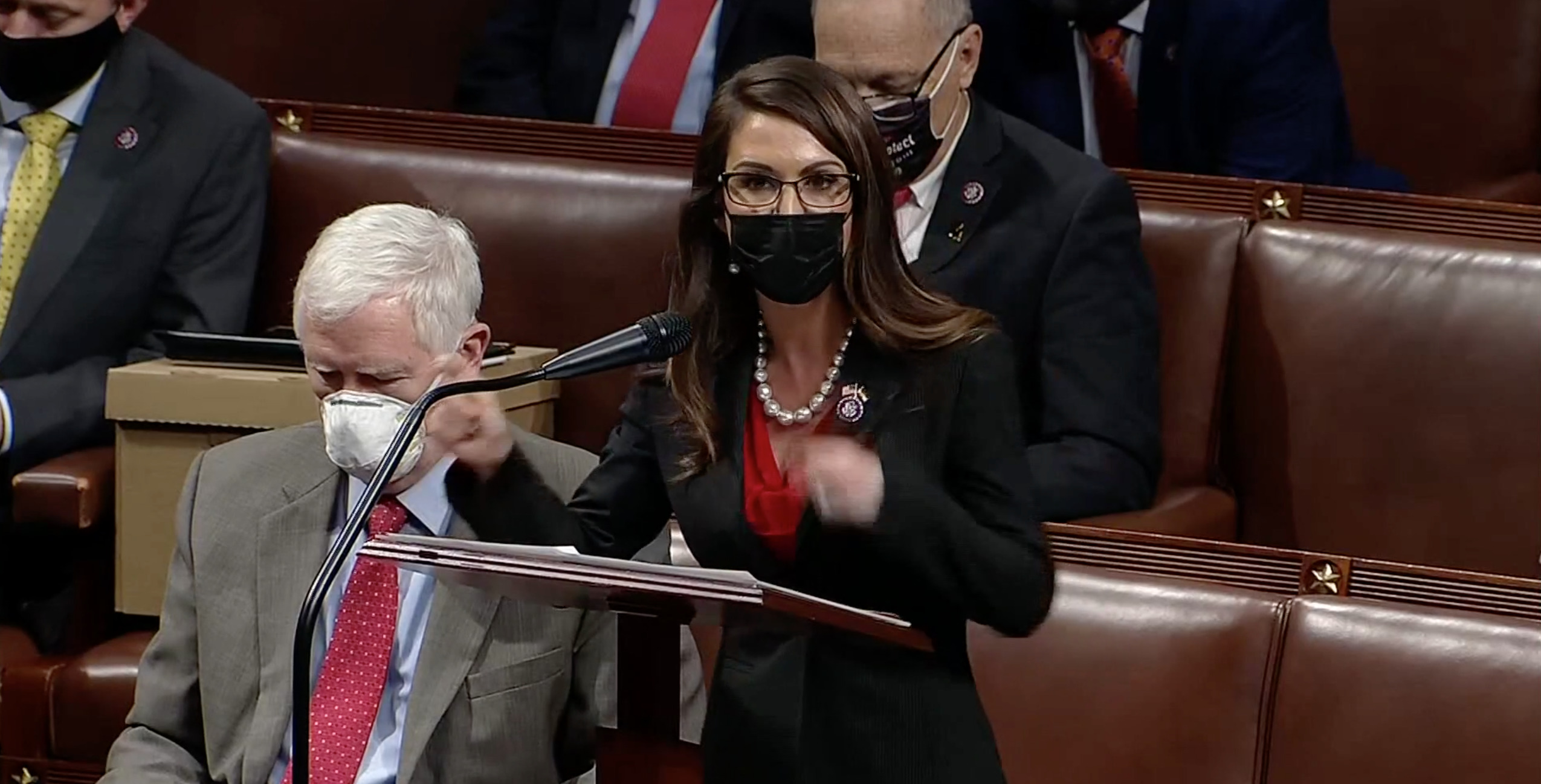 U.S. Rep. Lauren Boebert (R-CO) appears to have avoided a hefty fine for her refusal to comply with new security procedures inside the U.S. Capitol last month.

Lawmakers on Tuesday passed a resolution that authorized the sergeant-at-arms to fine members and delegates for failing to complete a security screening before entering the House chamber.

However, the measures did not include any language that would suggest that a fine could be levied against a member of Congress retroactively. A request for clarification was left unanswered by House Sergeant-at-Arms Timothy Blodgett.

Ahead of last night’s vote, a letter signed by Boebert urged members to reject the resolution.

The letter, which was obtained by several media outlets, called the proposed fines “an attempt to capitalize on the crisis that erupted in our nation’s capital on January 6th and unconstitutionally punish Members of Congress that are deemed political opponents.”

Boebert did not reply to a request for comment.

The resolution, which calls for a $5,000 fine for a first offense and a $10,000 fine for any subsequent offense, passed along party lines without a single Republican voting in favor of the measure.

The decision to tighten security at the Capitol was made after a mob of pro-Trump supporters stormed the building on January 6, the day Congress was tasked with certifying the electoral college votes of November’s election. Five people died during the riots, including Capitol Police Officer Brian Sicknick.

As part of the new safety protocol, Capitol Police installed metal detectors outside of the House chamber. In a memo announcing the new security measures, Blodgett said a failure to complete the screening or the carrying of prohibited items could result in a denial of access to the chamber.

Despite this warning, many Republican lawmakers, including Boebert, have refused to comply with the new safety procedures.

Last month, Colorado’s controversial first-term congresswoman set off a metal detector on her way to the House floor. After refusing to let Capitol Police search her bag, she was briefly denied entry to the chamber, according to pool reports. It is unclear what item set off the alarm.

Boebert, who made headlines after announcing her intention to carry a gun on Capitol grounds, took to Twitter following the incident, calling the new security measures a “political stunt” by House Speaker Pelosi.

Pelosi described the enhanced safety procedures as sad but necessary following the events of January 6. She also took a shot at Republicans who have voiced their opposition against the measures.

“The disrespectful and dangerous refusal of some Republican Members to adhere to basic safety precautions for our Congressional Community — including our Capitol Police — is unacceptable,” Pelosi wrote in a memo to colleagues.

Lawmakers will have the opportunity to appeal any fines imposed on them before the House Ethics Committee. If a member fails to pay the fine within 90 days, it will be deducted from his or her paycheck. The resolution also states that lawmakers cannot use their campaign funds to pay a fine.