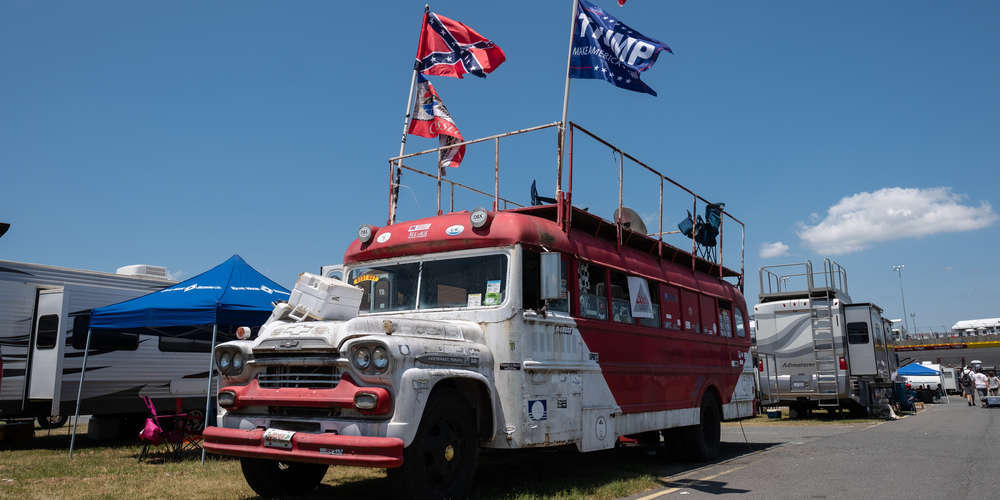 Yesterday, the American Conservative Union’s CPAC 2021 conference (titled so ironically “America Uncanceled” as this year’s “theme”) dominated the news, a full two days before the conference even started, thanks to the apparent sudden realization that one of the 134 speakers slated is an outspoken, virulent anti-Semite. After Media Matters reported on Young Pharaoh’s ugly commentary, the CPAC press team released this statement via Twitter:

“We have just learned that someone we invited to CPAC has expressed reprehensible views that have no home with our conference or our organization. The individual will not be participating at our conference.”

It should be zero surprise to anyone with access to Twitter that this rapper and YouTuber is a grade-A nutjob. If you need more evidence, witness:

(And he tweets in all caps, which is just exceedingly annoying.)

He’s a venerable freight-train of lunacy who should be filed away in a dustbin somewhere—along with the Alex Joneses and Q-Anonians and flat-Earthers of the world—and shuffled off into obscurity as a footnote illustrating the unfortunate unintended consequence of the democratization of the internet.

But all of that is plain as day for anyone to see by simply scrolling through his Twitter feed for a few minutes. It was his over-the-top anti-Semitism that really drove the nail into his coffin, bouncing him off the CPAC dais and back to his meager YouTube audience (which our budding anti-Semite refers to as “JewTube”).

As for his anti-Semitism, it’s loud, it’s ugly, it’s unoriginal and it’s hateful.

Comments saying Jewish people are “thieving fake Jews,” tweets that, “All the censorship & pedophilia on social media is being done by Israeli Jews,” and “All of these big tech, media, & social media platforms are controlled by… Israel through Jewish CEO & corrupt Democrats.”

So, I applaud CPAC for “canceling” his appearance. However, it’s clear there’s a double standard at play.

For example, former President Donald Trump is slated to speak, and his many notable anti-Semitic comments and actions are a matter of public record. Senator Tom Cotton (R-Ark.) once said, “The Holocaust was a necessary evil.” Who can forget Sen. Josh Hawley’s (R–Mo) anti-semitic dog-whistles about “cosmopolitan elites” engaged in a plot to control the economy and weaken America—for which he flat out refused to meet with Jewish leaders when concern was raised. And of course, U.S. Rep. Lauren Boeberts’ (R-CO) ongoing promotion of Q-Anon’s conspiracy theories which are deeply rooted in historical anti-Semitic fiction.

All of those folks are still slated to speak at CPAC 2021. And there are plenty more examples.

So, yes, clearly there’s some sort of double standard at play. But what’s also fascinating is this real-time example of the entire farce of what the Right has dubbed as “cancel culture” playing out for the world to see in their own ranks.

That’s the real beauty of this absurdist performance theatre moment. Here, CPAC has come to publicly acknowledge that the entire theme of this year’s conference is an utter and complete failure. It’s a joke. And it’s inescapable:

Experiencing consequences for your actions is a thing. And in this case, Young Pharaoh was the example, expertly illustrated by the “America Uncanceled” CPAC leadership.