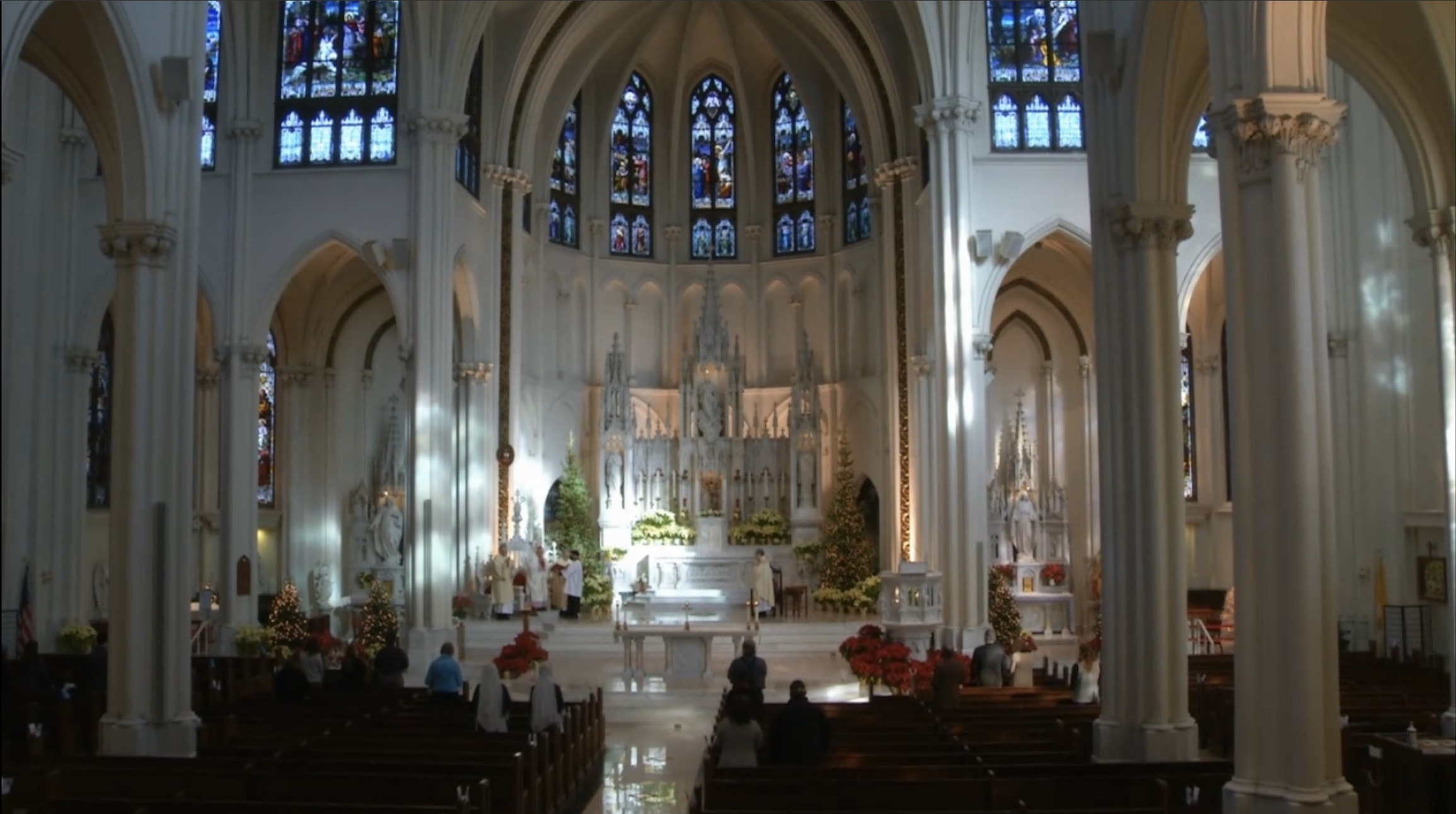 This morning, the Denver Archdiocese held a “Respect Life Mass” at the Cathedral Basilica of the Immaculate Conception to “remember the anniversary of Roe v. Wade” and condemn abortion and end-of-life euthanasia.

“That is precisely the problem with now President Biden, Nancy Pelosi, and other Catholic politicians and laity,” said Aquila. “Who, when it comes to the dignity of human life for the unborn child, do not subordinate their positions to the truth of the gospel.”

“They are putting their very souls in jeopardy,” Aquila continued.

Aquila released a statement in response to Biden’s swearing-in, critiquing Biden’s politics when it comes to “abortion, contraception, marriage, and gender.”

Aquila also accused Biden and Pelosi of subjecting the church to “scandal.”

“We can never take the position of a Pelosi or a Biden, or so many other Catholics,” said Aquila. “They give scandal to the church by what they do, because what they do is wrong.”

The Catholic Church is no stranger to scandal after sexual abuse allegations, particularly those involving minors, exploded into the forefront since 2002.

An investigation released last year revealed that between 1950 and 2000, 52 clergymen in Colorado were found to have committed abuse, and there are more members of the clergy who knew about sexual abuse but didn’t report it.

In today’s sermon, Aquila praised Pope Francis for his stance on abortion. The pontiff has been celebrated by many for taking much more progressive stances on issues than previous popes.

“Pope Francis has spoken clearly about the dignity of the unborn child, and about the evil of abortion,” said Aquila.

Aquila urged those attending mass to “Google Pope Francis sayings on abortion” and look at the “whole long list.”

“The list that the media does not want to look at… because it does not fit their image of Pope Francis,” said Aquila.

After some Googling, I can conclude that Pope Francis is indeed strongly anti-abortion.

In late November, Pope Francis vocally supported Argentinian anti-abortion women who protested in response to a new bill that would legalize abortion, calling the move to legalize abortion part of our “throwaway culture.”

In late October, he vocalized his support for Poland, which recently banned most abortions.

Last January, the pope reiterated his support for tackling abortion as a major issue in the U.S.

In 2019, Francis stated that abortion in any case, even in the probable death of a fetus, is unacceptable, and is akin to hiring a “hitman to solve a problem.”

In June of 2018, he announced that abortion is “the product of a Nazi mentality and compared it to the ‘white gloves’ of euthanasia,” according to Politico.

“Women who have had abortions are broken, they are wounded, and especially when they come to their senses…when one is merciful to a woman who has had an abortion, it does not mean that one condones the abortion,” preached Aquila. “The two are very very different.”

And yet, stated Aquila, abortion and euthanasia are some of the worst sins someone can commit.

“Abortion is much more grave sin than [cheating, lying, and embezzlement], as is euthanasia,” Aquila said.

“Unborn children have been thrown away, in the words of Pope Francis, and tossed away,” he said.

At the end of the day, despite the Catholic Church’s vocal outrage towards abortion practices, Colorado remains a safe haven for those who need abortion, proving time and time again that reproductive health remains a priority as voters show their cards.

A similar mass held in Columbus yesterday was interrupted by a small group of pro-choice protestors, who stormed the church.