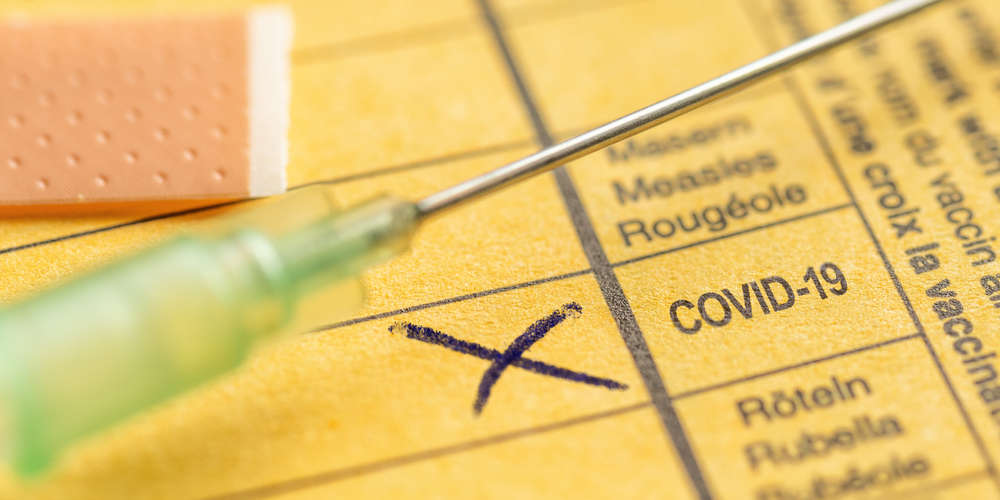 In Denver County, only 0.4% of the population is Native American. And yet, Native Americans in Denver make up three times that percentage in COVID deaths in the city, and six times more in cases. Latinx people in Colorado are about three times more likely to contract COVID than white people.

Communities of color, in general, are at a much higher risk for contracting–and dying from–COVID, and Colorado is no exception.

It’s because of this disparity among races–and other marginalized groups–that the Colorado Vaccine Equity Taskforce was formed and officially launched last week.

The taskforce aims to “provide education to ensure that all groups – regardless of race, ethnicity, ability, and other factors – have all the facts to make informed decisions about the safety of vaccines for their families, and to hold leaders accountable for ensuring access to these vaccines for all.”

Members of the taskforce range from doctors, to state lawmakers and council people, to hospitals, to school districts.

Racial medical disparity is nothing new. People of color regularly report receiving lower standards of care from their medical providers than their white counterparts. This could be because people of color aren’t represented in the medical industry–only 5% of doctors in the U.S. are black, for example.

Although the COVID vaccine has been tested on tens of thousands of non-white and ethnic volunteers, people of color have good reason to be skeptical. Systemic racism in healthcare is a vicious cycle.

Native Americans, for example, have been subject to serious unethical medical practices up until recently. In the 1970s; more than 3,000 Native American women experienced nonconsensual sterilizations.

Native Americans’ mistrust of medical research has been further cemented by unethical studies, such as a diabetes study done in 1989 on the Arizona-based Havasupai tribe, which also collected blood (a thing of significant spiritual importance for the Havasupai) for schizophrenia, population migration, and inbreeding research–without participants’ consent.

This ugly phenomenon has infected other communities of color, too.

The Tuskegee experiment might be the most famous modern example of medical research blatantly violating human rights.

The “Tuskegee Study of Untreated Syphilis in the Negro Male” was done on hundreds of poor, black men in the South beginning in 1932. The researchers never obtained informed consent from the participants and purposefully withheld Penicillin treatment when it was discovered so that they could investigate how syphilis would ravage their bodies until death.

Entire Black families and communities were decimated by syphilis, as a result.

Even today, the Tuskegee Study sticks with Black people.

Dr. Terri Richardson, vice chair of the Colorado Black Health Collaborative, told the Denver Post that Black community members “bring up the Tuskegee Study when they talk about their mistrust of the vaccine.”

It’s not always about generational trauma. Latinx communities have major distrust in the healthcare system for a few other reasons.

Many Latinx folks are undocumented. Not only does this make them ineligible for Medicaid, but it also makes them fearful to provide personal information often required to receive care.

Even those who are documented often simply run into cultural barriers with medical providers, and that dissuades them from going to the doctor.

Against this backdrop, the taskforce hopes to communicate concrete facts to people, to counter misinformation.

The taskforce will focus on proving to people of color and others that they have been adequately represented in clinical trials for the COVID vaccine, and that this vaccine has been shown to be safe for them specifically–something not always done in clinical studies.

The taskforce will also inform people that the vaccine will be totally free of charge, that it has been thoroughly tested, that it is highly effective, and that it follows FDA guidelines.

“We don’t have issues with connecting to these communities, because these are the communities where our taskforce members live, work, and worship,” Ames told the Colorado Times Recorder.

Undocumented citizens will need special outreach to build trust and address their unique concerns, says Ames. The Center for Health Progress, in particular, has on-the-ground resources for the community.

The Colorado Department of Public Health and Environment has also directed healthcare providers to not ask for identification before administering the vaccine, in order to promote trust and higher immunization rates in undocumented citizens.

In addition to education, the taskforce works to expand access to the vaccine, medically and through policy.

“Our taskforce members have already been part of pop up clinics, like the one in Aurora last week sponsored by Salud,” said Ames.

“The lawmakers on our taskforce continue to work with Gov. Polis and his administration to push for greater equity in the vaccine distribution,” Ames also noted.

Ames hopes that this approach toward education will set communities of color up for success when accessing immunizations in general in the future. Colorado statistically has had some of the lowest immunization rates among children in the country, prompting more aggressive legislation.

“We’re hopeful that with the success of that effort, there will be greater interest in learning more about all vaccines and greater uptake of those vaccines,” said Ames. “While mistrust of the medical establishment in communities of color is entirely reasonable given the history of racism and abuse they have suffered, we do not want to see them miss out on the life-saving vaccines that other communities take for granted.”