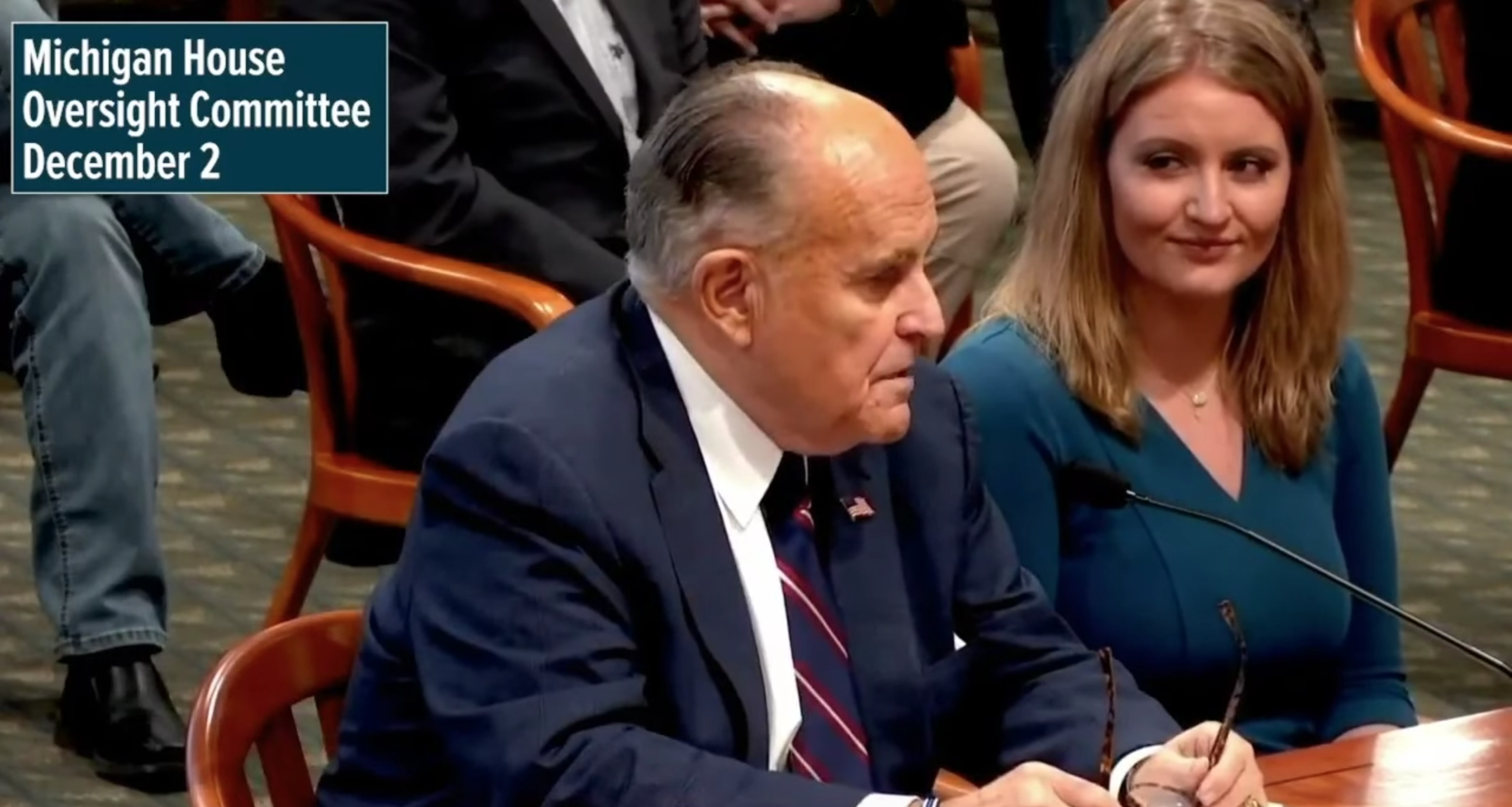 While the rest of the country is just now learning about Trump attorney Jenna Ellis, she is already a familiar face for local politicos, talk radio listeners, and of course, Colorado Times Recorder readers.

Following the New York Times’ feature piece on Ms. Ellis last week, this reporter shared a short audio clip of the self-described “constitutional law expert” telling a conservative Christian audience that as a law student she received a “D” in constitutional law and “didn’t understand it.”

Ellis’ statement was part of a Feb. 2019 presentation on “Engaging the Culture” that Ellis gave at an evangelical church in Littleton, but she’s been speaking publicly in Colorado for years.

She first caught the ear of CTR editor Jason Salzman four years ago, during an appearance on a KLZ talk radio show. Ellis mocked the concept of the college classroom as a “safe space,” telling host Dan Meurer that there were no such spaces at Colorado Christian University where she taught as an Assistant Professor. Furthermore, she said she would tear off any safety pins displayed by students in response to Trump’s election victory, and fail the wearer. Ellis apologized for her statements two days later.

In the 2018 state legislative session, Ellis testified in support of a pair of anti-LGBT bills. One would have allowed adoption agencies to refuse to place children with same-sex parents and the other gave business owners carte blanche to violate Colorado’s civil rights law as long as they claimed it was for religious reasons.

Later that year, while working for James Dobson, she attended the swearing-in ceremony for Supreme Court Justice Brett Kavanaugh. She shared the White House invitation on social media.

Last year Ellis again participated in CCU’s Western Conservative Summit, praising Trump for his appointment of anti-choice judges. As a former fellow and Assistant Professor Ellis’ connection with CCU and its affiliated Centennial Institute runs deep. Centennial Institute director Jeff Hunt is one of her biggest fans. Last week he credited former CCU President Bill Armstrong with recognizing Ellis’ talent in front of a camera, telling the Longmont Times-Call that Armstrong told him, “‘Make sure you get her out there and see what she can do. Let’s help her out.’”

Hunt also supported her earlier this week, after Talking Points Memo editor Josh Marshall noted that her CCU bio had been changed to remove the misleading “Dr.” title from her name. While a law degree is technically a “Juris Doctorate,” it’s highly unusual for attorneys to refer to themselves as “doctor,” a title traditionally reserved for those with M.D. or Ph.D. degrees.

Centennial Institute President Jeff Hunt fired back at Marshall, tweeting that he made the edit himself because she’s no longer teaching there. Ellis hasn’t taught a class at CCU since 2018.

The CCU bio isn’t the only summary of Ellis’ professional career that has or does include misleading information. She also works with Liberty University’s Falkirk Center, which, like CCU and its Centennial Institute, is another religious right think tank affiliated with an evangelical college. Falkirk’s website describes Ellis as a former “law professor,” which implies that she taught at a law school. CCU, which is one of only two religious universities to receive public money from Colorado’s College Opportunity Fund, doesn’t offer a law degree. Ellis taught legal studies classes to undergraduates as part of its Business & Leadership program.