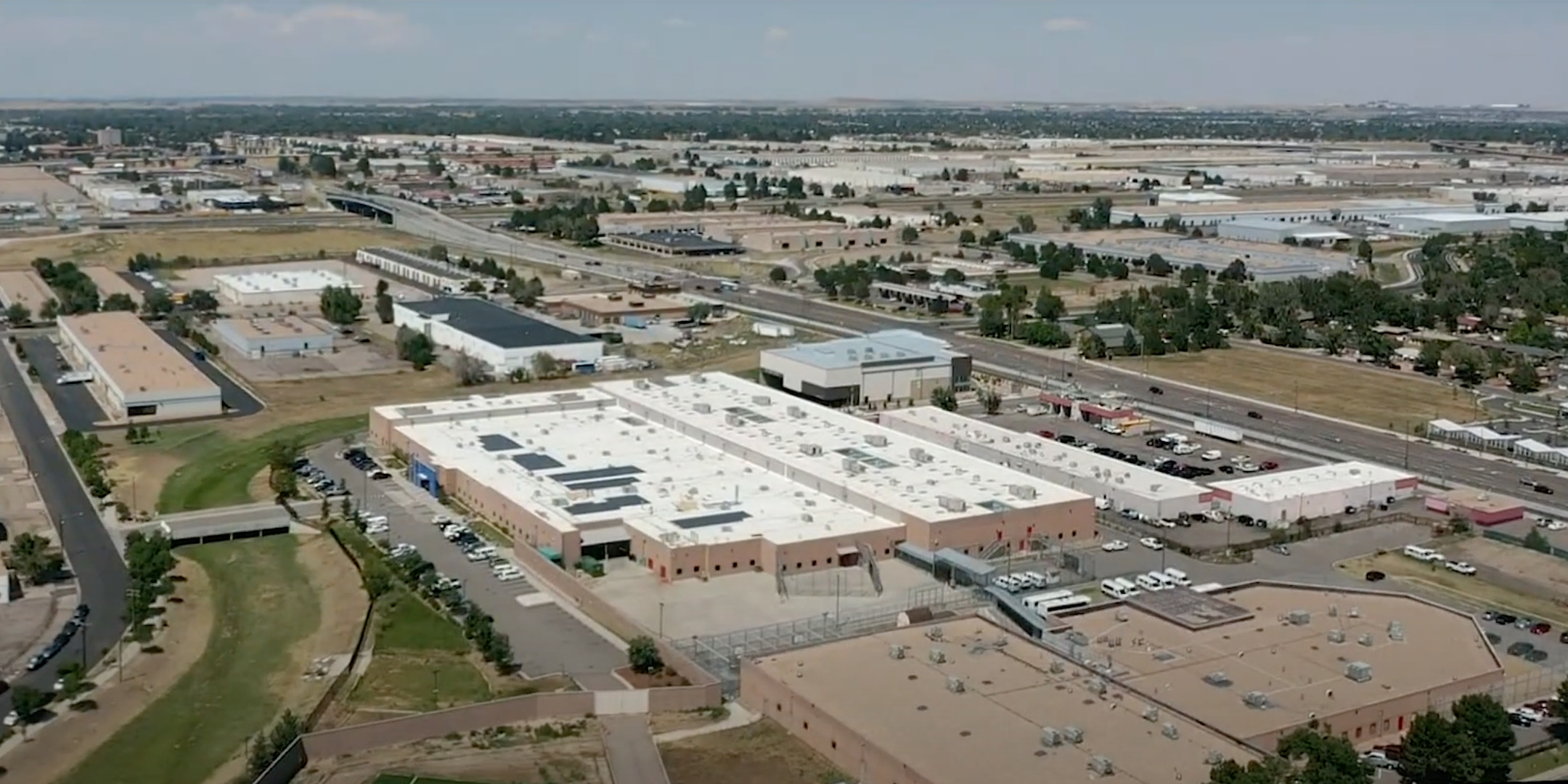 A local filmmaker has teamed up with community groups to produce a documentary featuring tragic stories, told from multiple perspectives, about an immigrant detention facility in Aurora.

The film, titled “The Facility” and premiering online Friday, spotlights current and former detainees, living on the inside, and family members and advocates, fighting for their release on the outside.

A trailer for the short documentary presents detainees and family members describing abuse at the facility.

“I have been in the United States since the age of five,” says a man, identified as a former detainee, in the trailer. “I ended up being inside the detention facility for 11 months… The Lieutenant I talked to said that she was just doing her job, and I should have just gotten out of her way.”

The documentary has its roots in director Jeremy Flood’s experience living in a protest encampment near the detention center.

“I was asked to do a short piece on one of the family members,” Flood told the Colorado Times Recorder. “I was so moved that I decided to start living at the encampment. And the film came from that experience.”

Flood called the detention center a “machine that turns human bodies into profit at the expense of people of color.” The more detainees in the facility, the more money the private operator makes, said Flood, who described himself as a person of color.

The GEO Group contracts with the U.S. Immigration and Customs Enforcement (ICE) to run an immigration detention facility in Aurora.

The detention center, which houses 1,500 people, has faced serious criticism from both government and outside entities. The ACLU documented last year that two detainees died at the facility due to medical neglect. The report entitled “Cashing in on Cruelty,” recommended, among other things, that cities and counties ensure that detainees have access to legal representation, which they don’t have currently.

“U.S. Immigration and Customs Enforcement (ICE) enforces the nation’s immigration laws in a fair and effective manner and holds our employees to the highest standards of professional responsibility,” said Alethea Smock, Public Affairs Officer, U.S. Immigration and Customs Enforcement in a statement to the Colorado Times Recorder. “As we carry out our mission, the safety of our staff and those in our custody is our highest priority. ICE is firmly committed to carrying out the agency’s sworn duty to enforce federal law as passed by Congress professionally, consistently, and in full compliance with agency policies.

“ICE was not approached by the director of the documentary and has not confirmed any of the allegations made by the people interviewed. Unsubstantiated allegations are irresponsible and should be treated with the greatest of skepticism.”

Flood says he focused on stories because ICE lacks transparency.

“If ICE prioritized safety and professionalism, Kamyar Samini would still be alive,” he said. “The lack of transparency ICE fosters and encourages in its detention centers means that our only window is through the stories and testimonies of those who survive them.”

Friday’s screening of the documentary will be followed by a panel discussion, and question-and-answer session, with the film’s director, Jeremy Flood, and community advocates and people featured in the film, including Raul Medina Perez, COPA, community organizer who was formerly detained at GEO; Kesha Davalos Grijalva, immigrant rights advocate whose husband is detained at GEO; Keinada Andereas, Colorado student who was formerly detained at GEO; Hans Meyer, The Meyer Law Office, lead attorney; and Denise Maes, ACLU of Colorado, public policy director.

Registration is required for the free online screening of the film on Friday, Dec. 18.

Flood hopes to host screenings for other interested groups in the future.

UPDATE: This post was updated on the same day of publication with a statement from ICE and a response to those comments from Flood.