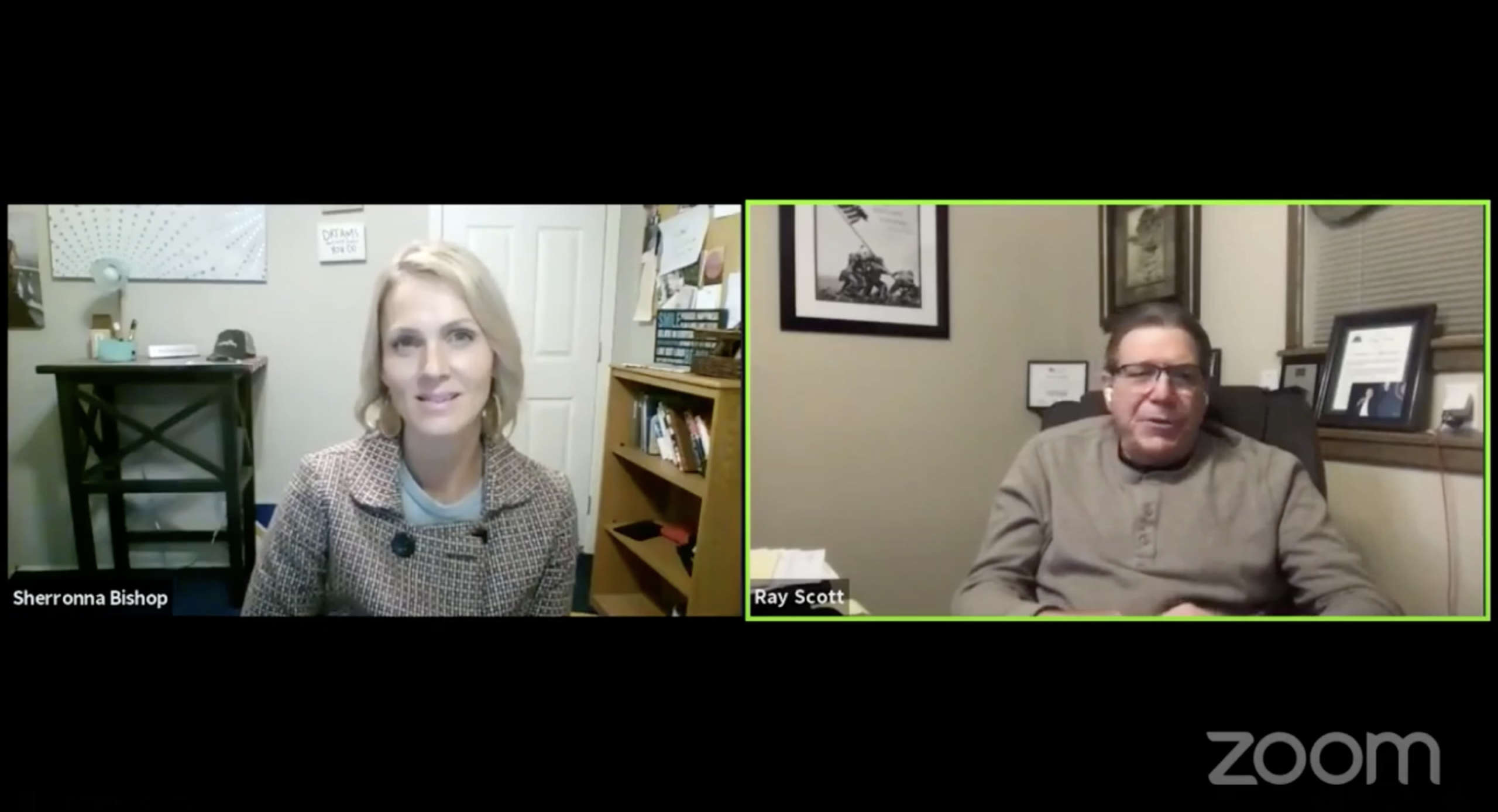 “Governors make rules, but we make the law,” is what Colorado state Sen. Ray Scott (R-Grand Junction) told a waiter at a Village Inn in Mesa County after being warned that if he didn’t wear a mask inside the establishment, he would be asked to leave.

Scott, who is term-limited, spoke about the incident in a Facebook Live interview with conservative activist Sherronna Bishop (known as America’s Mom) last Tuesday.

Scott said he was waiting on a bench inside Village Inn for a group of unnamed senators and pulled his mask off to make a phone call, at which point a waiter informed Scott that he would either have to put his mask back on or leave the establishment.

Scott apparently then lectured the man on the difference between a rule and law, emphasizing that he and his colleagues make laws.

“I was nice to him. And I explained to him, I said, listen, there’s a difference between a rule and a law,” Scott told Bishop. “And I explained that we make laws, governors make rules, but we make the law. So this–whatever I’m doing–sitting here on this bench is not against the law.”

Scott did not clarify if the waiter told him that not wearing a mask was against the law.

While the mask mandate may not be a law, COVID restrictions are a public health order, which means that restaurants could face revoked licenses if they fail to enforce COVID-19 restrictions.

Restaurants, as always, have been expected to prevent the spread of disease–whether that be foodborne illness or coronavirus.

Restaurants also have the power to refuse service to anyone who they deem to be a disturbance, threat, or health/safety hazard to others. And the Colorado Department of Public Health and Environment (CDPHE) site specifically reads: “Consider refusing service to customers who refuse to adhere to hygiene and physical distancing requirements.”

According to Jeff Kuhr, Executive Director of The Mesa County Public Health Department, the county health department has a “Variance Protection Program“: a program that asks businesses in the county to adhere to and enforce COVID guidelines.

In return, businesses go on the Variance Protection Program list, which indicates that those businesses are safe to enter.

The program isn’t mandatory, says Kuhr. But if businesses can prove to the health department that they are following COVID guidelines, their spot on the Variance Protection Program list can benefit them.

Both Village Inns are on the list. Roughly 80% of restaurants in Mesa County are in the Variance Protection Program, says Kuhr.

Scott said on air that when the other senators arrived, they all lectured the staff member to be less “heavy-handed” when it comes to enforcing COVID guidelines.

“[The other senators] explained to him that if you’re doing the right thing, you know, don’t don’t be playing heavy-handed with customers,” said Scott on air. “That’s just not appropriate.”

The health department does have the ability to close restaurants and otherwise punish them like it always has.

Some businesses have taken a very aggressive approach to anti-maskers, which Kuhr says has helped spread awareness to the community as a whole.

“Some of our businesses will absolutely not allow it and they won’t let you in,” Kuhr told the Colorado Times Recorder. “And there are enough of those businesses around that people understand that, if it’s a five star facility, you need to wear a mask.”

Kuhr, however, encouraged a softer approach to those customers that don’t want to follow COVID guidelines.

“People say to me, ‘You want my staff to have confrontations with these people?’ No no no, that’s not our intent,” Kuhr said. “So what we try to do is, you know, have them provide alternative options: ‘I’m sorry, I can’t let you in, however, if you give me your order, I can bring it out to you, or you know, we have an online portal you can go to.'”

Scott, in his interview, said that “People just need to do the right thing,” unclear on what the “right thing” is.

“What I’m noticing as I go around Grand Junction and other places, quite frankly, I’ve never seen restaurants cleaner than they are today,” Scott said.

Scott’s response to the pandemic seems to be mixed–social media posts, like this one from October, encourage people to be responsible and follow COVID restrictions to keep others safe.

But in other moments, Scott balks at the chance to take the virus more seriously; not just when he takes a stand at the local Village Inn, but in Facebook photos of him at a catered event in July with nary a mask nor social distancing in sight.

Even an email he sent in March sent mixed messages, encouraging constituents to follow basic health guidelines but also informing people that “the Flu virus has taken many more lives than COVID-19.”

in response to Scott’s story, Kuhr said there was a bit of a “gray area.”

“That’s sort of a judgment call. I mean, someone taking a mask off to make a phone call–I like to look at it as more gray than that,” Kuhr said. “In many situations the intent to not wear a mask is obvious. But you know, to remove it to make a phone call is a whole different story.”

“I think [the young man] was doing what he was told to do and really took it at total face value,” Kuhr said. “I do think there are instances where there are some exceptions.”

Scott told the Colorado Times Recorder he was “not interested” in commenting on the incident.

This story was updated Monday, December 21 at 9 p.m. with comments from Jeff Kuhr, Executive Director of the Mesa County Department of Public Health.